Few people who live in or who have known the West End will not have read her reviews, recommendations and guides at some time.

She can claim to be one of the world's first bloggers.

Pat Byrne started her online guide to Glasgow's West End in the very year that the term 'blog' was born.

Since then the queen of the internet has produced tens of thousands of informative and entertaining pages. 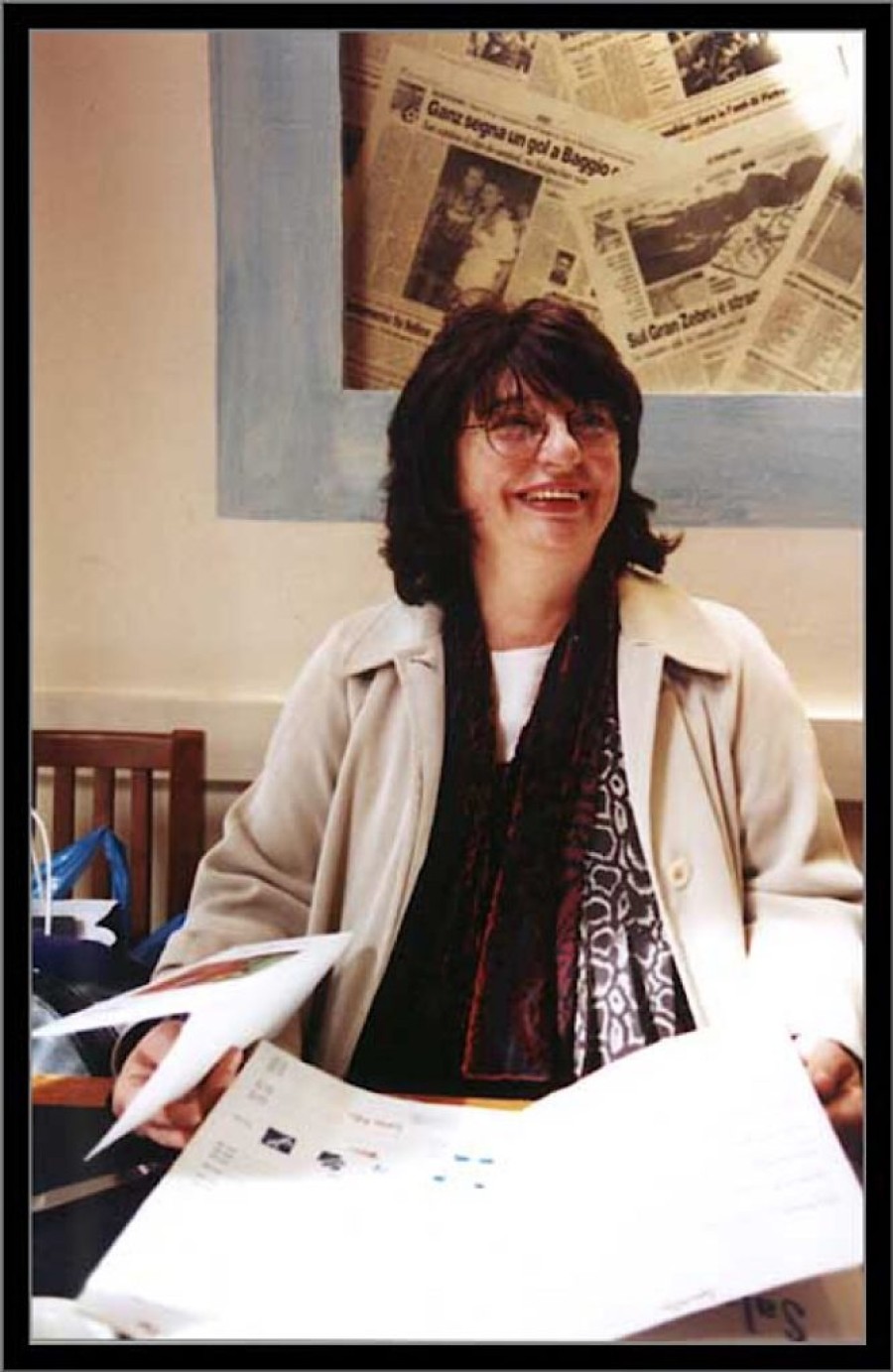 Pat in the early days of her West End blog

On top of that, she has given a platform to others to write about the things they love.

So there have been 37 contributing bloggers and writers, including Helen Rose and her hillwalking diary, Pauline Keighley on music, and Bob Law's words on photography.

In recent years, the pages have made way for established writers and poets to air their talents.

Few people who live in or who have known the West End will not have read her reviews, recommendations and guides at some time.

But Pat, now 72, was originally an 'incomer' who fell in love with the area's people and places.

She said: "I don't come from the West End. I come from Old Kilpatrick.

"When I moved to Glasgow at first, the people I made friends with were the shopkeepers - because I didn't really know a lot of people in the West End.

"I now have loads of friends, who you would maybe say are acquaintances but some of them have become friends.

"Being able to promote things that you really like and feel enthusiastic about is quite easy.

"It's not a taxing thing to do actually. 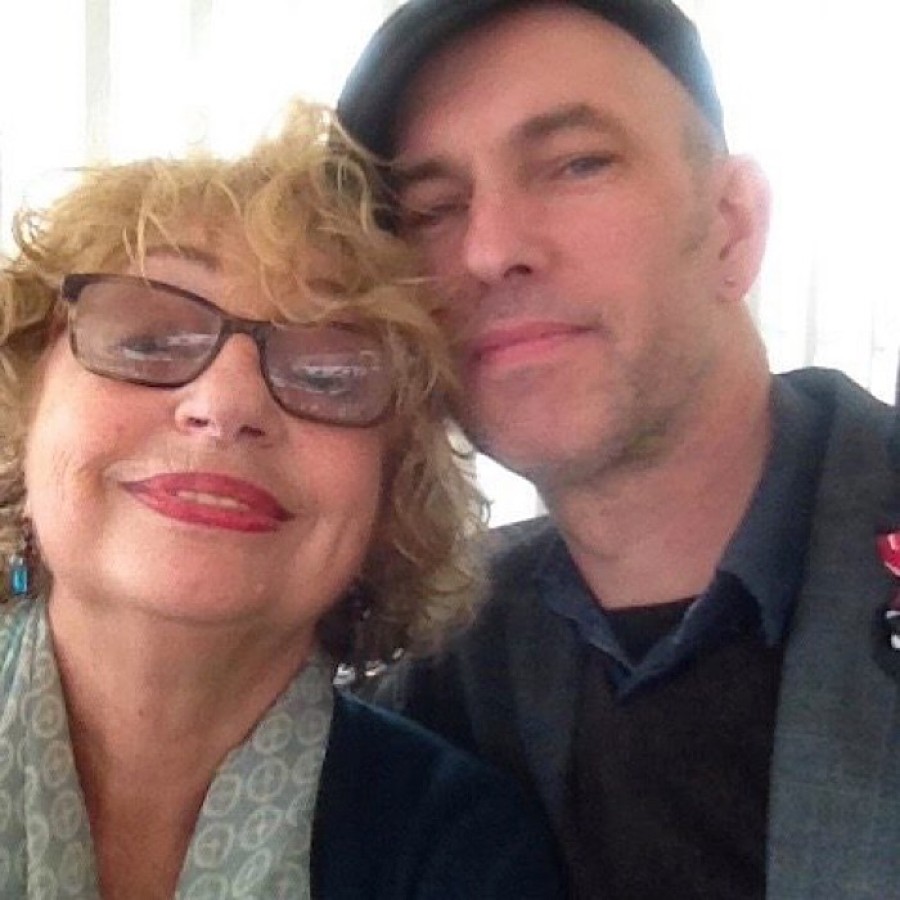 It has been a remarkable publishing career for someone who left school at 13.

Her brother's ill-health meant that her parents needed help at home. She comes from a big family.

But she pressed on with her education later in life.

She finally made her way to Glasgow University in her 30s - when she completed the first of three degrees she would do there.

And it was this experience that started a love affair with a place where should eventually settle.

"I got to know the place and it is georgeous.

"The University is absolutely beautiful and they have given us so much support for the website.

"I feel a strong attachment to this place. I've been back a few times.

"I've got a few degrees from Glasgow University. I would come back tomorrow."

Husband Jim, a musician and lecturer, created the site using his web skills.

What grew from a platform to promote bands and the arts quickly grew arms and legs.

In the early days, there was little competition.

Few media outlets had yet gone down the digital route. 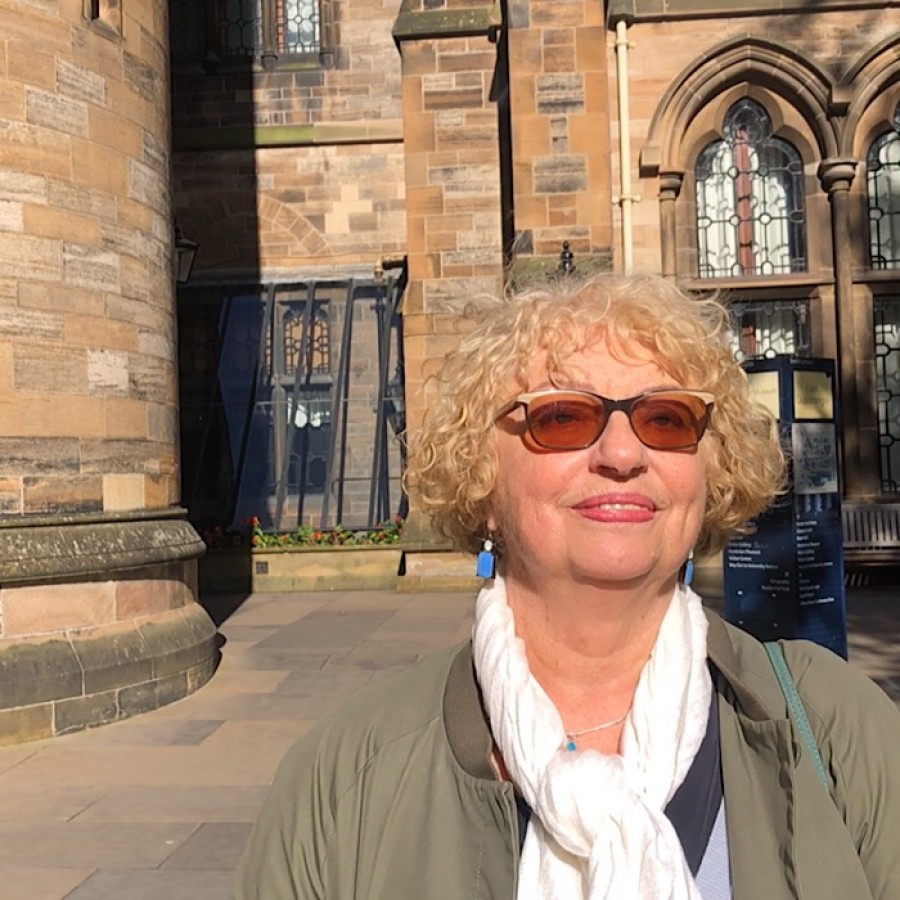 Pat's favourite place is the University of Glasgow

Pat's traffic was immense. At its busiest she was hitting 300,000 visitors a month which is some going.

But the years have seen many more outlets and platforms carve up the audience.

Income is more modest than it was, but money is not the motivating force behind what she does.

"I don't feel like retiring. I enjoy it too much. I think it's good fun.

"Because you've not got a boss, you can do what you want to do.

"I'm quite happy to step out of the West End and promote things that are happening in, say, Govanhill or the east end.

"I'm lucky that I can do that. I don't have a boss saying, wait a minute - what are you doing putting up stuff about Govanhill?"

She says: "I work really hard getting up information that I know people will definitely be looking for.

"I don't have a lot of clients, but many of those I do have have been with me since the start.

"I work quite hard for them.

"If a new restaurant opens I get invited along and I will give them a write up.

"Often, they have a sense that that is working for them and then they will ask me to do more.

Pat said: "I just find the West End so interesting. I meet so many interesting people.

"It's easy to write about things when you genuinely feel that there's something special about the place.

"There are a lot of really worthwhile causes as well, and I can give people a bit of a push - and I like doing that.

"Some of the people I meet and I have got to know I would never have met if I hadn't been running the website."

She reflects: "The website is going to be 20 years old. It seems quite astonishing.

"It's kind of different now. Your own interests change over the years and I guess I've got the luxury of allowing the website to reflect that."

Pat enjoys creative literate and her pages reflect that.

"It's easy to write about things when you genuinely feel that there's something special about the place.

"There are a lot of really worthwhile causes as well, and I can give people a bit of a push - and I like doing that"

It allowed writers, including Pat, to write stories or poems related to ten pieces of music.

Pat says: "I do a lot more about writers. Writers and poets contribute to the website.

"I've now got all these brilliant stories - and that was never something we had initially.

"A lot of things have changed over the years, and there is a lot more competition.

"When we first set up, Jim called me the world's first blogger.

"You didn't have people blogging. It was very, very early days for websites.

"But it seems just like yesterday. It's gone by in a flash.

"It's completely made my life different."

Many people in the West End owe Pat a debt of gratitude for the publicity and promotion she has provided. 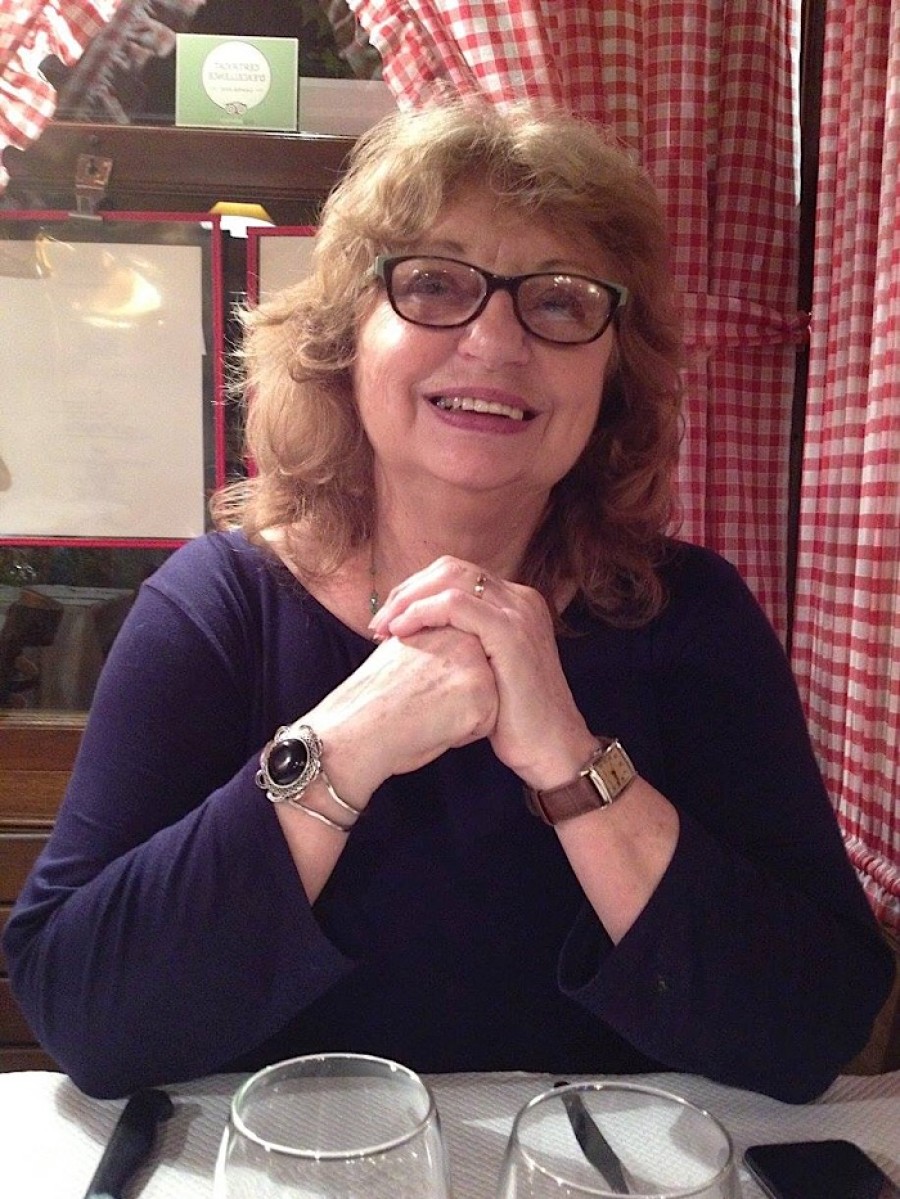 Pat says she has no plans to retire from writing

Michael Dale is the director of the West End Festival.

He told Glasgow West End Today: "I founded the West End Festival in 1996, so when Pat Byrne announced she was going to have a "west end" website that just reinforced my original idea to feature this part of the city as an important and identifiable part of Glasgow.

"The west end is a way of life, I'm sure most people would agree.

"Pat's enthusiasm and amazing depth of detail on shops, cafes, events and people of note is legendary.

"Also, the site gives a platform for her husband Jim's excellent photos which over the years have built up a valuable record of this photogenic part of Glasgow.

"Congratulations to them both for twenty productive years."

Louise Welsh, professor of Creative Writing at Glasgow University, is a big fan of the website.

"It is a pleasure to write about Pat Byrne's West End Guide.

"Pat continues to be switched on to everything that is happening in the West End of Glasgow.

"I don't know how she does it, but I am very grateful that she does."