Homebuilder CALA Homes West is soon to begin redeveloping the former college building as part of its Jordanhill Park project.

An electronic organ that had been gathering dust in a landmark West End building has been found a new home.

The instrument was one of the features in the David Stow building on the former Jordanhill College campus.

Homebuilder CALA Homes West is soon to begin redeveloping the former college building as part of its Jordanhill Park project. 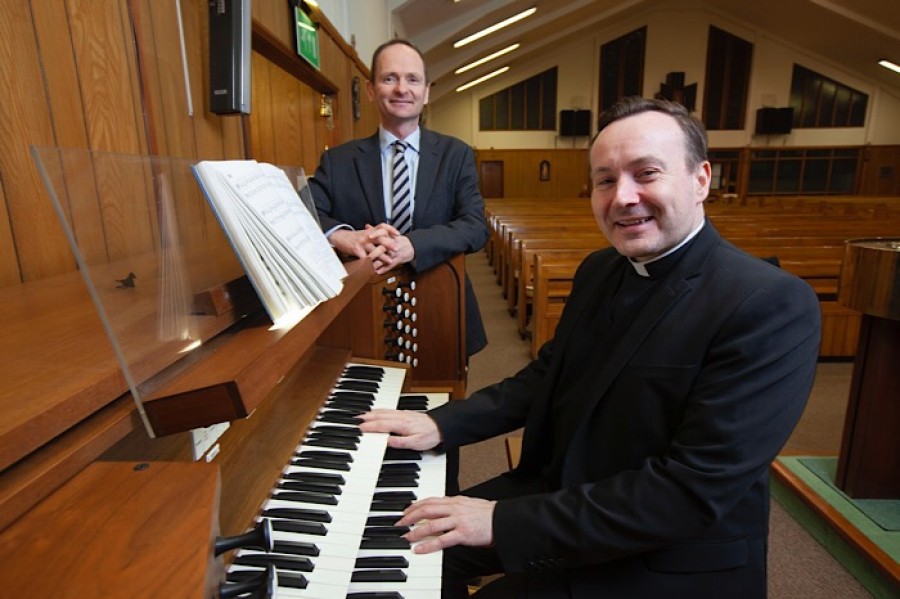 But it needed to find a new recipient for the instrument that was last played when former owners Strathclyde University moved out in 2012.

CALA contacted the Glasgow Society of Organists to seek advice on re-homing the feature.

And soon after St Dominic’s Roman Catholic Church in Bishopriggs stepped forward to say it would be delighted to accept the Allen two-manual digital computer organ.

Greg McHugh is the organist who was playing at St Dominic’s when its previous instrument stopped working.

Following a visit to the David Stow building by Greg and Father Nicholas Monaghan, the parish priest at St Dominic’s, the donation was secured. 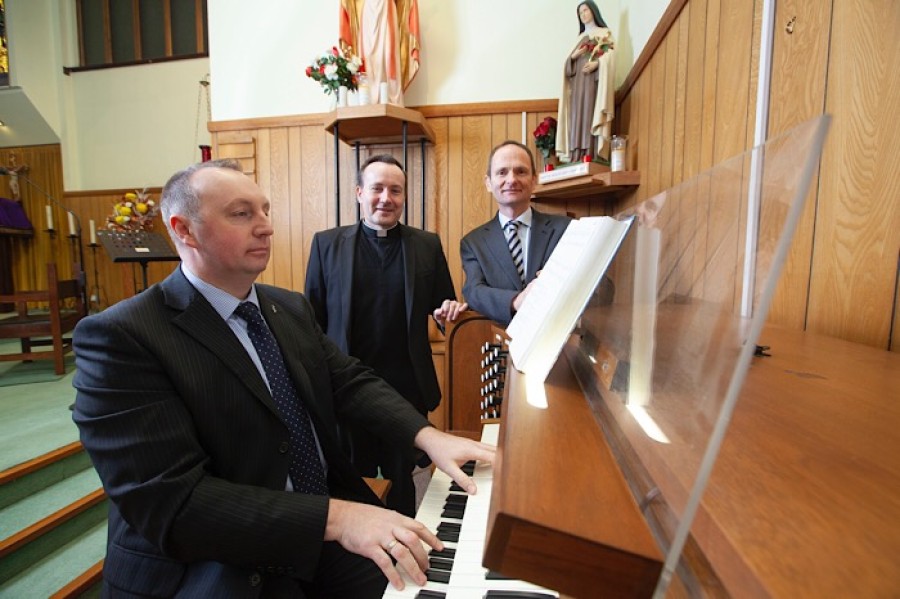 Greg explained: “CALA’s offer sounded just the ticket, but it had lain in a derelict building and looked in a bit of a sorry state. Amazingly, when we switched it on it was perfect.”

Father Monaghan added: “We are grateful to CALA for their kind donation. Organ music is an important part of our church celebrations.”

The organ was removed in stages, due to its size. CALA also erected scaffolding to assist the removal of the instrument’s large loudspeakers.

David Sutherland, project director, Jordanhill Park, said: “We are delighted that the David Stow organ has gone to St Dominic’s where it will be cherished and put to good use for many years to come.”