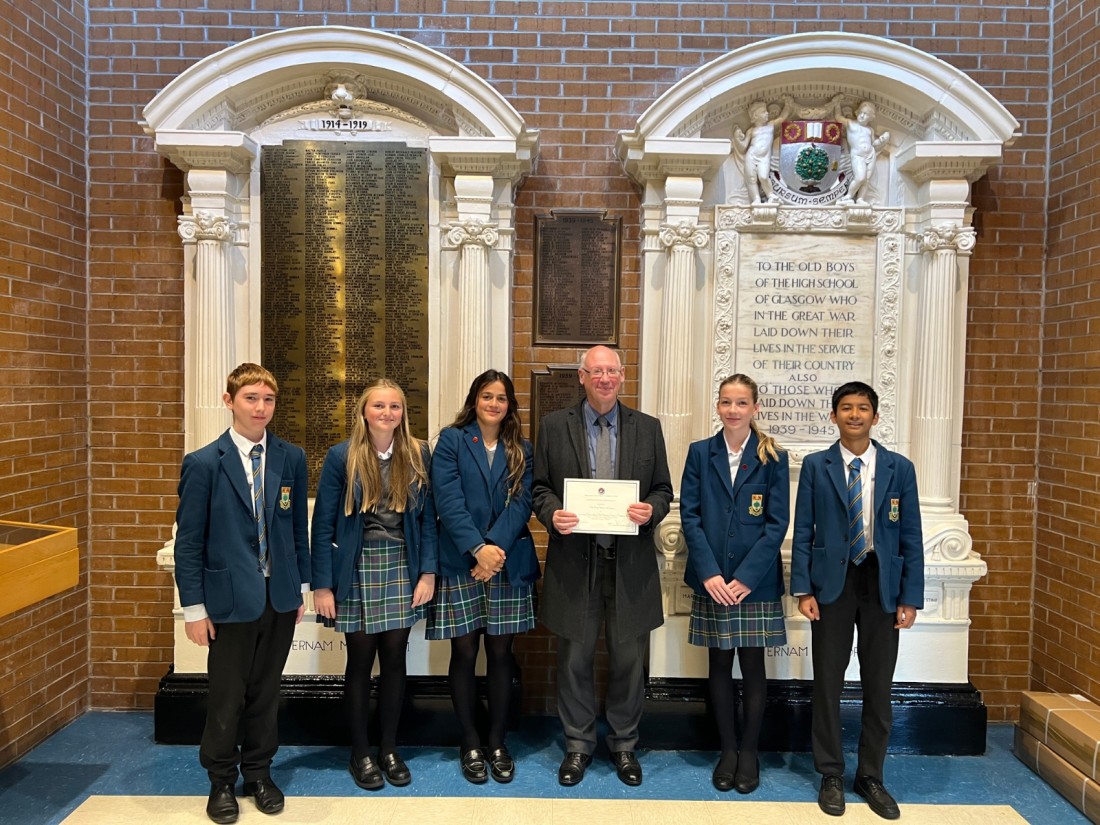 Glasgow pupils have been awarded a £500 prize for their research into the Great War.

The 2nd year pupils at The High School of Glasgow produced videos to uncover the tragic stories of former pupils.

They told of former prime minister Andrew Law Bonar who lost sons James and Charlie in the conflict.

Brother and sister Elizabeth and George Warnock also died and are buried in the same cemetery in France.

George, a former pupil of the High School, volunteered for the armed forces following the outbreak of war in August 1914.

Pupils used the HSOG Book of Service and Remembrance (1921), war diaries from the National Archives, and online resources to inform their video entries. 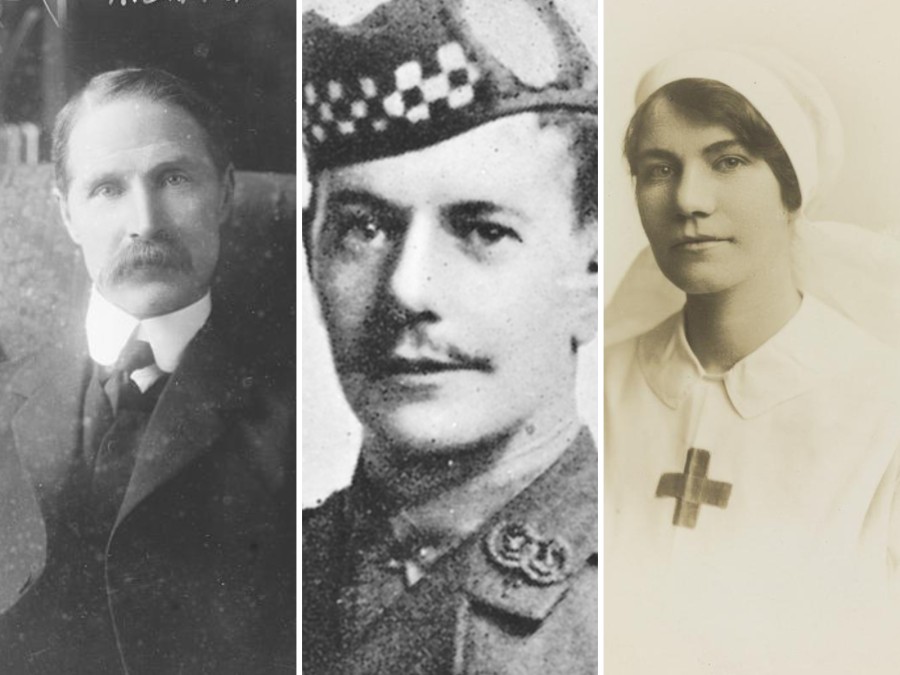 The project earned them a prize in the 2021-2022 Western Front Association (WFA) Malcolm Doolin Memorial Award for local research into the Great War.

Ken Nisbet from the WFA came in to the school to present the award to pupils at a special assembly.

Eve Wilson, WFA Trustee and chair of the judging panel, said: “We were delighted to see the entries from schools this year.

“We had a range of projects exploring different aspects of how the Great War affected local people from different parts of the UK.

Their decision to use video as the medium to tell the story of some of our brave Former Pupils was clever and helped to portray this emotive topic in an engaging way.

“The quality of entries this year was so good that we decided to award three awards of £500 rather than two as had been envisaged.”

Chris Mackay, Head of History at The School of Glasgow Senior School, said: “We are incredibly proud of the hard work put in by S2 to produce winning entries.

“Their decision to use video as the medium to tell the story of some of our brave Former Pupils was clever and helped to portray this emotive topic in an engaging way.

“Video is fast becoming one of the favoured ways of communicating so not only did the children uncover more about the history of former pupils, they did so in a way that is grounded in the here and now.” 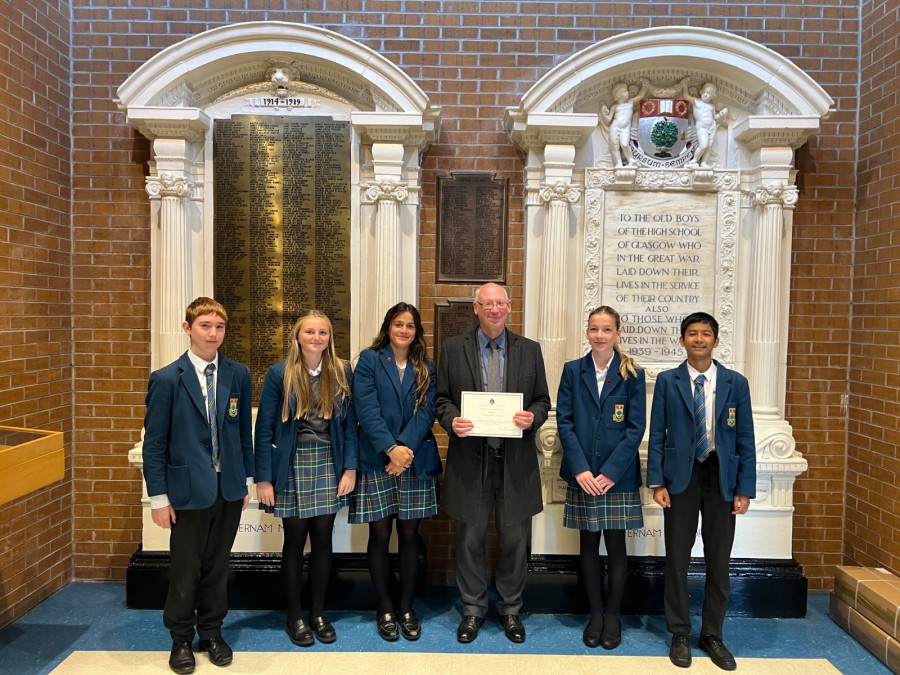 Malcolm Doolin was a Western Front Association (WFA) member and educational consultant who had a passionate interest in the Great War.

The Award in his name aims to encourage research by school children into the First World War in their local area.

The prize money will be used to recognise the role of Mary McArthur, a former pupil of The High School for Girls.

Between 1914-18 she was heavily involved with the National Federation of Women Workers who campaigned for equal pay and better conditions, representing thousands of women who worked in the munitions industry.

The school will be getting a framed picture of Mary and will accompany it with a plaque to mark her story and her contribution to the cause.

The plan is to get this in situ for International Women’s Day in March.