Woodlands Workspace officially opens its doors this week after a five-year campaign of lobbying and fundraising.

At long last - Woodlands has its own arts and community centre.

Woodlands Workspace officially opened its doors this week after a five-year campaign of lobbying and fundraising. 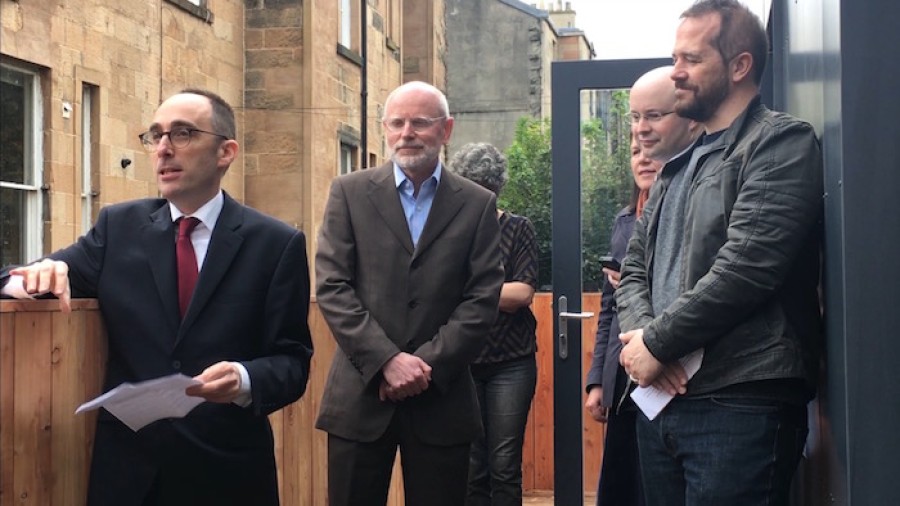 To celebrate, the new hub on Ashley Street is holding a month-long programme of arts and community activities.

The project has been brought to fruition by Woodlands Community Development Trust and a host of partners.

It has been built on a derelict gap site in the heart of Woodlands.

Tim Cowen, trust manager, said a huge community effort had been involved in getting to this point.

"It's a new facility we've taken a lot of care and love to build up over the last five, six years.

"We first started with a feasibility study in 2012 - we got a design team, a building team, and we've had legal help.

"So a lot of people have put in blood, sweat and tears really to overcome the challenges of the site - and overcome quite a bit of bureaucracy to create this beautiful new meeting space." 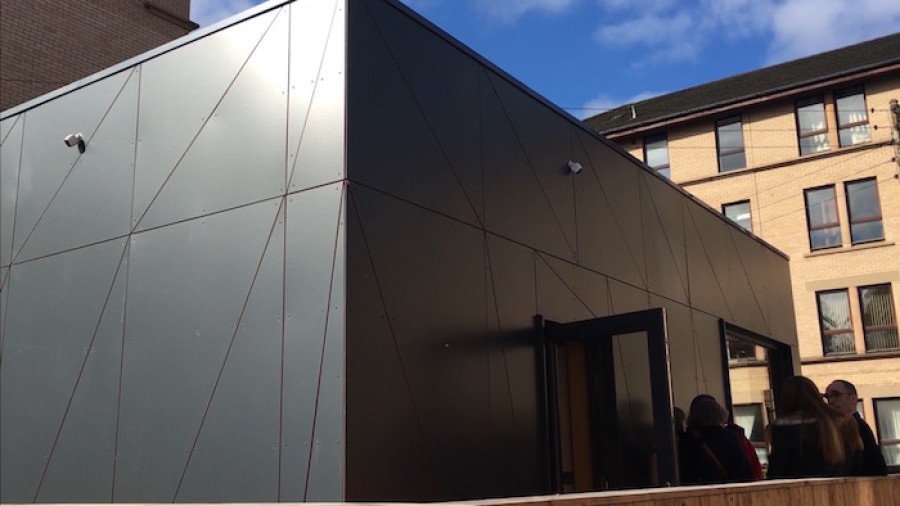 Gap site: The modern fabricated hall sits on a reclaimed site that had suffered subsidence

He said the new indoor space would complement the award-winning community garden next door.

"It's much more than a new building… this is a mini indoor community centre.

"It's a much more visible space (than our community garden nearby) because of the amount of people walking past this street.

"And it throws up a lot of opportunities for people to meet, to socialise, to run their own activities - whether that's art or music, books, meditation, yoga.

"It' an affordable space - there's a shortage of low-cost community meeting rooms … people have been meeting in a back room of a cafe, a pub or in their own house.

"But it also gives a space where people can make links, make connections, make friends and work together to improve the Woodlands area."

The previous tenement buildings on the site were demolished in the 1990s due to the unstable ground conditions. 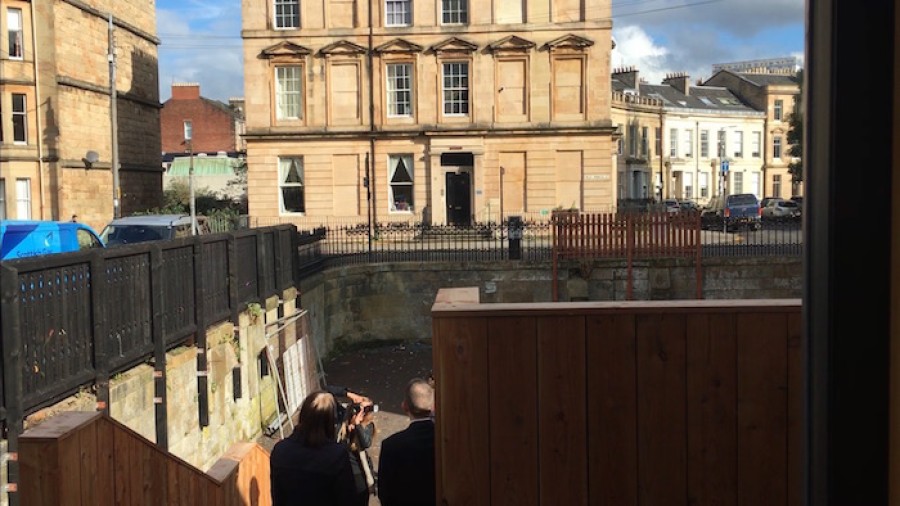 Labour: the project has been five years in the making

The site had lain empty ever since.

The official opening this week was attended by funders, local politicians, construction partners and other key supporters.

A launch programme includes over 20 free events throughout October.

The Workspace is available to hire from November onwards at friendly rates.

Mark Thomas, screen officer at Creative Scotland said: “The Woodlands Workspace will be a fantastic city centre arts and meeting space for the local community and beyond.

"The build is supported as part of our cohort of Capital Fund Projects.

"We wish Tim and the rest of the Woodlands Community Development Trust well as they celebrate the opening of this unique project."

The meeting room is a prefabricated unit that was made in Inverness and transported south and lifted in to position.

The next phase of the project next year will see artist studios lifted into the adjacent space.

"It’s a valuable case study for other communities on how they can, with determination, regenerate their own local areas and bring unused land back into community use in a sustainable and creative way."

All the foundations and utilities are now in place, but the trust is still fundraising for the studios.

The trust secured a 15-year lease the site from Glasgow City Council.

The attack occurred on Saturday May 27 at around 8.30pm on Woodlands Road.

Man in court charged with rape and murder of Esther Brown

Police Scotland said a 30-year-man was being held in connection with the death.