Judy was hosting an event on Sunday, bringing tennis into less-advantaged areas.

The tennis coach is leading a campaign through her foundation to upgrade the park's old clay courts. 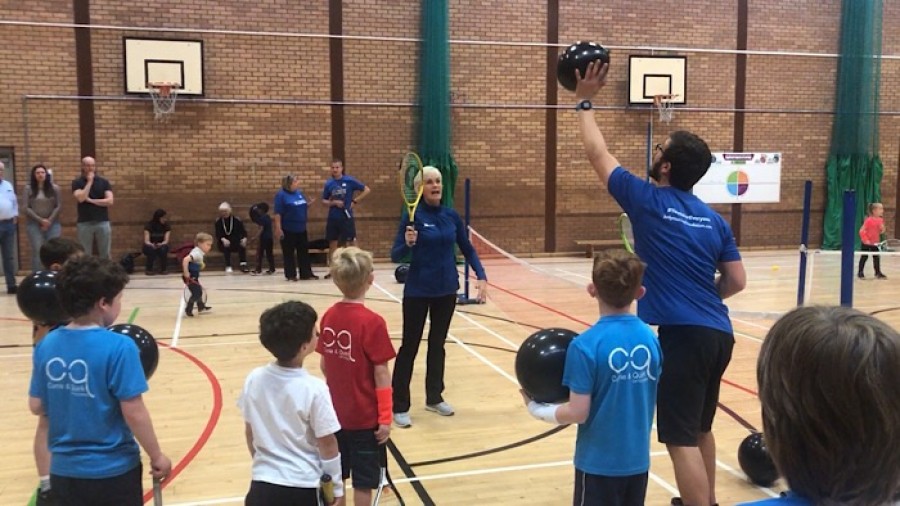 Some work has been done by local volunteers to make the surface playable.

But this weekend's rainy weather has made the case for an overhaul.

Judy was hosting an event on Sunday, bringing tennis into less-advantaged areas.

It had been due to take place at the park but had to relocate to a nearby school because of flooding.

Judy said: “The reason we are inside today with our little mini-French Open for the kids is because the courts are puddled with the rain and they don’t drain.

“I am a big believer in tennis for everyone and really opening up the sport so that everyone has the chance to be able to play.

“The foundation is working to build the workforces [that can sustain these facilities].

“It is important that everybody has the chance to play tennis.” 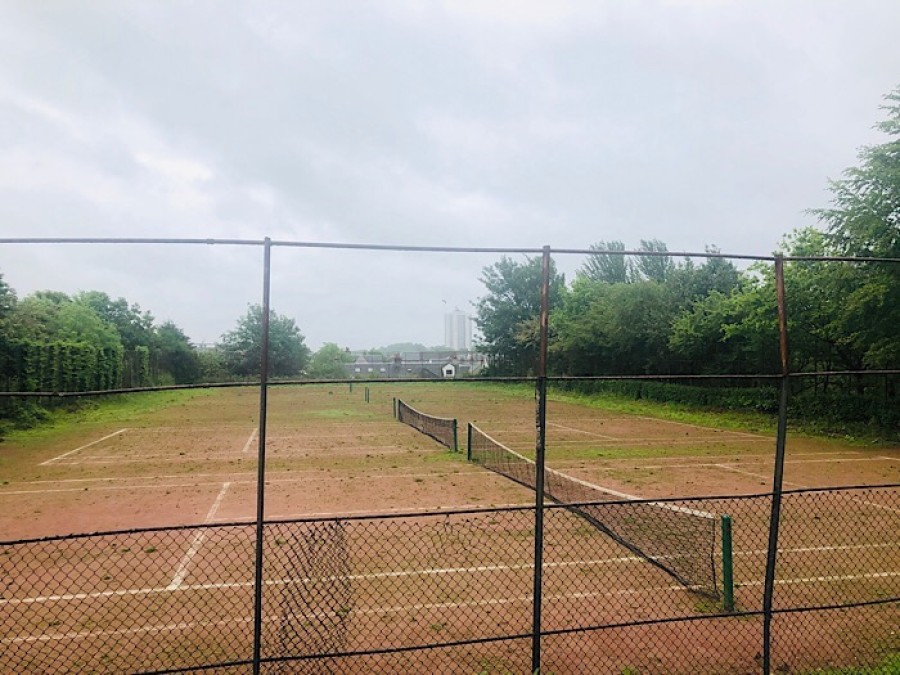 In recent weeks, the most famous name in British tennis has been working behind the scenes to bring partners together to upgrade the clay courts.

Around £100,000 has been talked about as the kind of sum that could make a real difference.

She said: “There are park courts all over Scotland that have fallen into disrepair that need to be looked at.

“And it needs to be investment now because Andy and Jamie wont be playing forever, so the leverage is there now to capitalise on it.

“But often these courts have fallen into disrepair because there isn't a local workforce to deliver activity - and if there is no activity they stop being used.”

“There are park courts all over Scotland that have fallen into disrepair that need to be looked at.

“And it needs to be investment now because Andy and Jamie wont be playing forever, so the leverage is there now to capitalise on it"

She said: “We have lost a lot of park courts to carparks or other sports or retail or housing.

“If you lose them, once you lose them it is very difficult to get that kind of space back in those areas - so it is really important to act now.

“Andy and Jamie are supportive of everything I do to grow tennis regardless of where it is.

“If we get these courts resurfaced I would hope to persuade them to come up and be part of the opening of them.”

Local mum Claire Steel, 40, said: “It will be a great thing for the area if they can bring these courts back into use.

“Tennis is seen as being for the privileged and this is about changing that.”

How Judy tweeted about the courts after the overnight rain

Local MSP Bob Doris says the intervention of Murray has been a “breathe of fresh air”.

He said: “If these courts are upgraded it will be a huge deal - but only if there are young people and families playing tennis regularly at Maryhill Park.

“The challenge is to make sure deprived communities across north Glasgow are accessing these opportunities.”