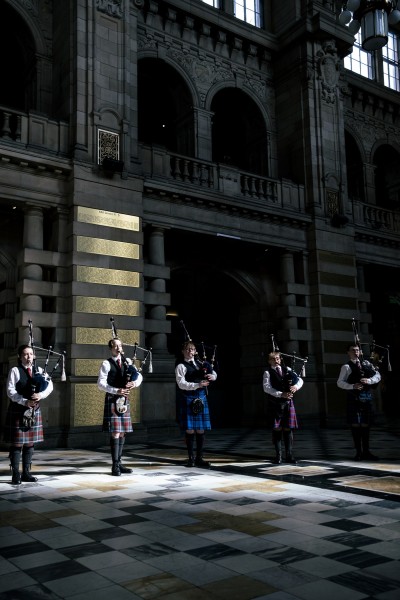 The National Youth Pipe Band of Scotland has played a special rendition of the Ukrainian National Anthem.

The stirring tribute was staged in the grand setting of Kelvingrove Art Gallery & Museum ahead of the World Cup qualifier between Scotland and Ukraine.

The idea was the brainchild of writer, political communicator and piper Alastair Campbell and the National Piping Centre’s director of piping Finlay MacDonald.

The two players wanted to welcome the Ukrainian national team and their travelling supporters ahead the crunch game at Hampden.

They took the idea to the National Youth Pipe Band of Scotland (NYPBoS) who jumped at the chance learn and play the anthem, entitled Sche ne vmerla Ukraina - Ukraine has not yet perished.

The band wanted to extend a hand of musical friendship to the Ukrainian people and show their support for their continuing struggle against the Russian invasion. 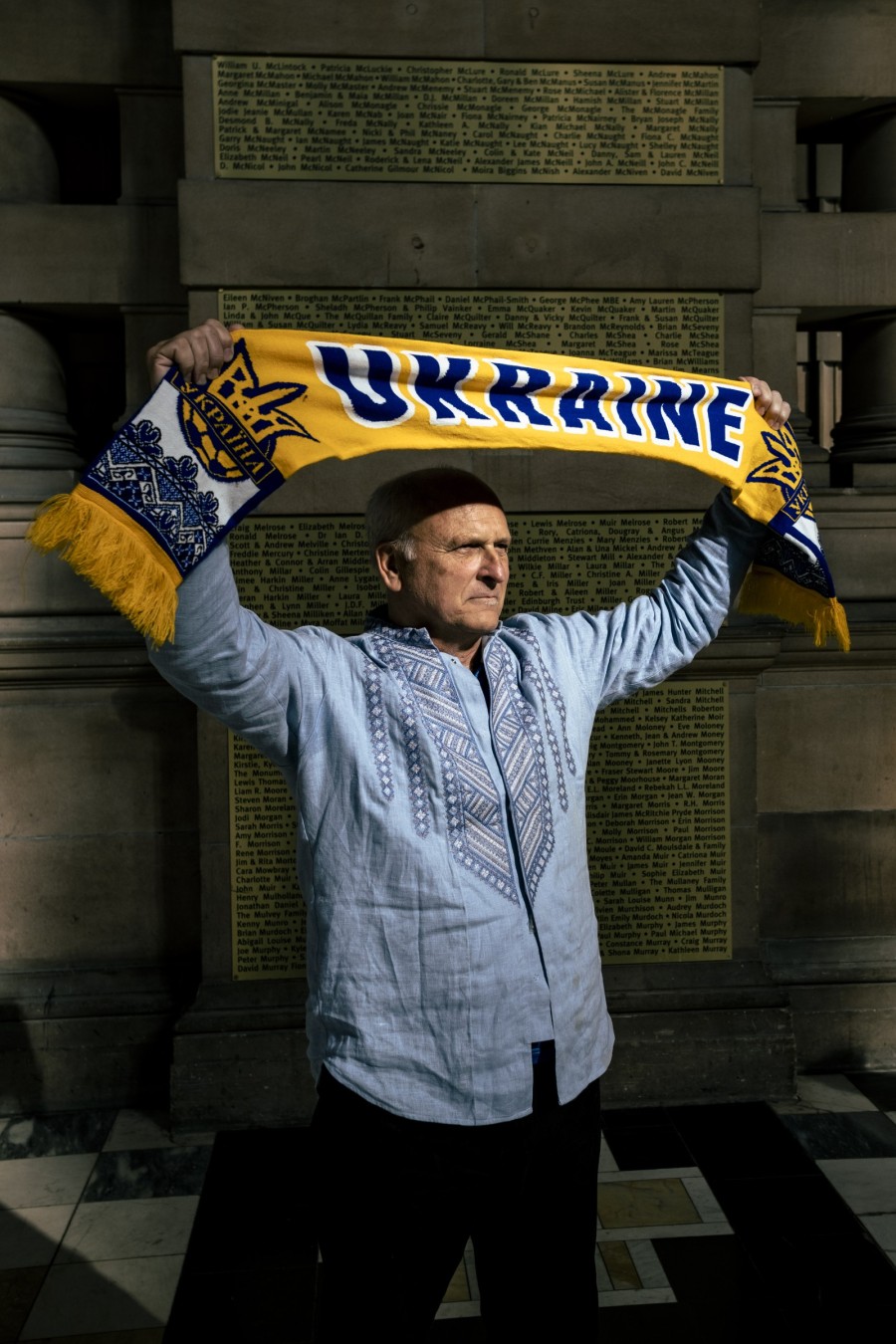 A Ukraine supporter listens on at Kelvingrove. Photo: Paul Jennings

Finlay MacDonald said: “As a nation we of course want Scotland to win tonight but we are 100% behind Ukraine in the bigger battle they are facing.”

Alistair Campbell said: "Music is the international language of the soul and it is terrific that this group of Scottish pipers have learned the Ukrainian anthem and will be playing it as a way of honouring and supporting the people of Ukraine as their football team comes to Glasgow.

“Scots around the world will want Scotland to win the match and go on to qualify for the World Cup finals.

“But there is also such goodwill towards Ukraine and the people of Ukraine and I am sure many of them will hear about and appreciate this musical gesture.

Music is the international language of the soul and it is terrific that this group of Scottish pipers have learned the Ukrainian anthem and will be playing it as a way of honouring and supporting the people of Ukraine as their football team comes to Glasgow.

“It will confirm once more the enormous support for them in their struggle against the Russian invasion.

“Their anthem is a beautiful piece of music, very soulful and actually quite haunting, and unlike many national anthems it can be played on the single octave scale of the pipes.”

Charlie Mack, one of the NYPBoS pipers, aged just 13 said: “I’ll be supporting Scotland tonight just because I’m Scottish, but I really want Ukraine have a good game, they deserve it.

“The war makes me feel sorry for them and what they’re going through. It’s not nice.

“You feel really passionate playing your own National Anthem but Ukraine’s is a really upbeat tune and to be honest a little bit more fun to play.” 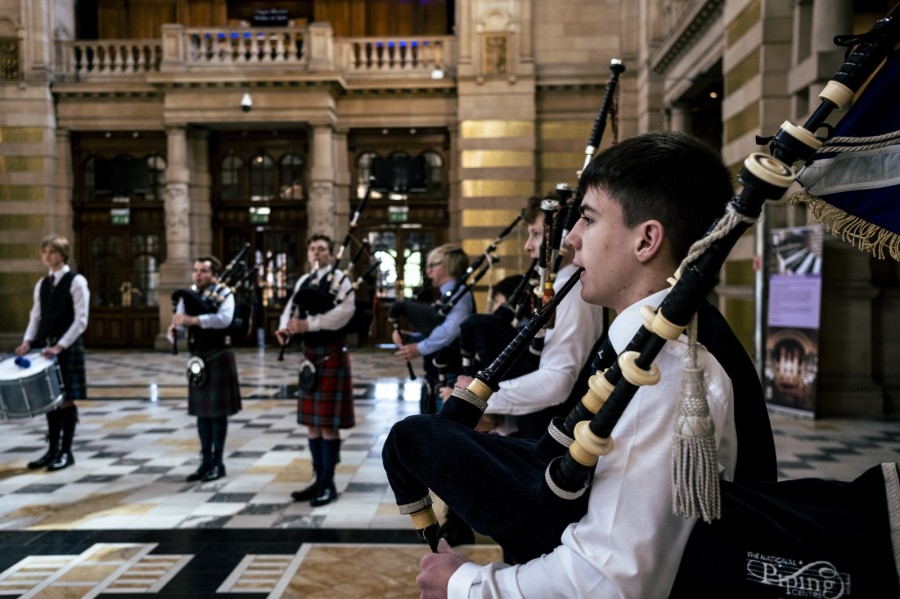 Eva Seba, one of the snare drummers with the NYPBoS, said: “It was quite emotional playing the national anthem after everything that’s happened. It feels important to play it well as it means so much to so many people.

“You think about the emotion when you’re playing, it feels like a happy tune but there’s still a bit of melancholy as you’re so aware of what the people of Ukraine are going through.

“As a snare drummer you’re very out in the open but it would be pretty obvious if I got something wrong.