Dan Wyatt believes other schools should follow the Kelvinside model.

The rector at Kelvinside Academy in Glasgow has urged the Scottish Government to look at how his school is preparing students for the future.

Dan Wyatt says there should be a new approach to assessing pupils and is inviting ministers to increase collaboration with private schools.

He wants education secretary John Swinney to use Kelvinside as a case study to bring about changes across the system. 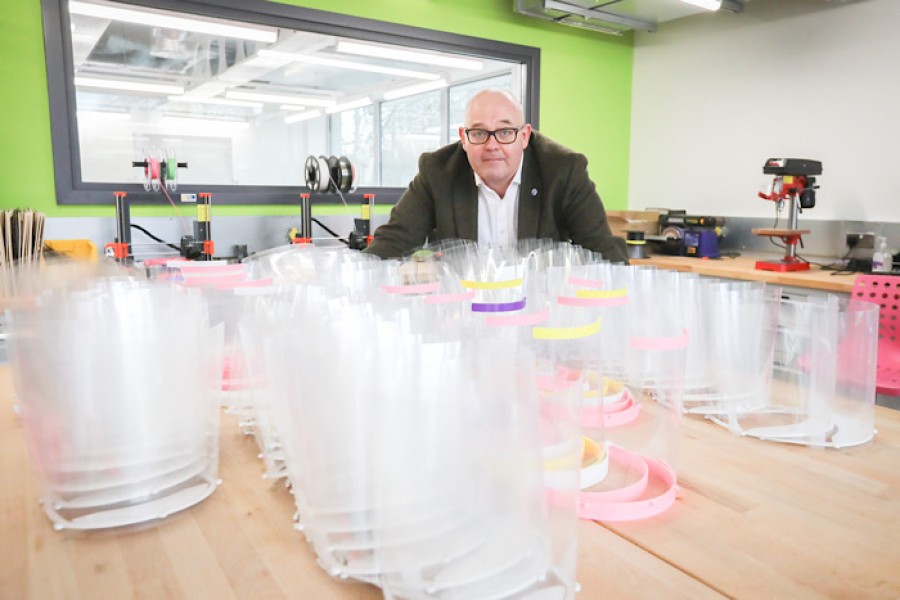 The school says the impact of lockdown on education has shown how precarious the present exam-based set up is.

Kelvinside has been pioneering a new model of creative education alongside a traditional exam diet.

Instead of grades, students come away with a 'portfolio' which can be shown to any future employer and forms part of a personal statement.

The focus isn’t just on securing further education, but also apprenticeships in industry.

This year more than 50 senior pupils selected NuVu as a subject option from S3 through to S6 as an alternative to a traditional Nat 5 or Higher course.

Dan Wyatt said: “I believe this concept can be an important building block for the future of education, and we want to work with the Scottish Government so more pupils across Scotland are prepared for the unknown roles of the future.

"Scotland can lead the World in innovation education and bridge the much discussed skills gap faster than many other nations.

“Since launching our Innovation School last year, we’ve made repeated attempts to work with the Scottish Government and have demonstrated the value of using the architectural studio model, where pupils collaborate on developing creative solutions for real-world social and environmental problems.

“In that environment and by working with experts from academia and industry as well as teachers on projects, it opens up a whole new world of opportunity for children.”

Dan said: “The last few months have shown how precarious education can be and the challenges which face our pupils.

"I hope it will be a catalyst for change, a wake-up call and administrators will be enthusiastic to looking at alternative models of education, and acknowledge the benefits of embedding Innovation within the curriculum.”

At the Innovation School, instead of being taught passively by a teacher, pupils learn by doing and utilising 3D modelling software, 3D printers, laser cutters and a range of industry-standard tools to make their visions a reality.

During lockdown, the school was agile enough to hatch a spinout, ViseUp+, which used the school’s 3D modelling software, 3D printers and laser cutters to provide PPE for frontline staff.

International infrastructure group, Balfour Beatty built the £2.5m Innovation Centre and will use NuVu as a learning hub to develop the workforce of the future.

State schools such as St Luke’s Academy in East Renfrewshire, have already undertaken CPD courses at the Innovation School.

Kelvinside is actively looking for more ways to partner with local authority schools and is keen to hear from potential industry and education partners.

The school has written several letters to the education secretary and Nicola Sturgeon inviting them to learn about how it works.

A Scottish Government spokesperson said: “Ministers recognise the choice and innovation that Scotland’s independent education sector can offer parents, and welcome collaboration between schools to explore the benefits of new approaches.”