The budding grand master will take on young players from around the world at the elite chess tournament which comprises of 11 rounds over a 12-day period.

An 11-year-old Glasgow schoolboy has been selected to represent Scotland at the World Cadets Chess Championship in Weifang, China.

Aryan Munshi, a pupil at Kelvinside Academy, will compete for his country at under-12 level next month, after his incredible gift was spotted by national team selectors. 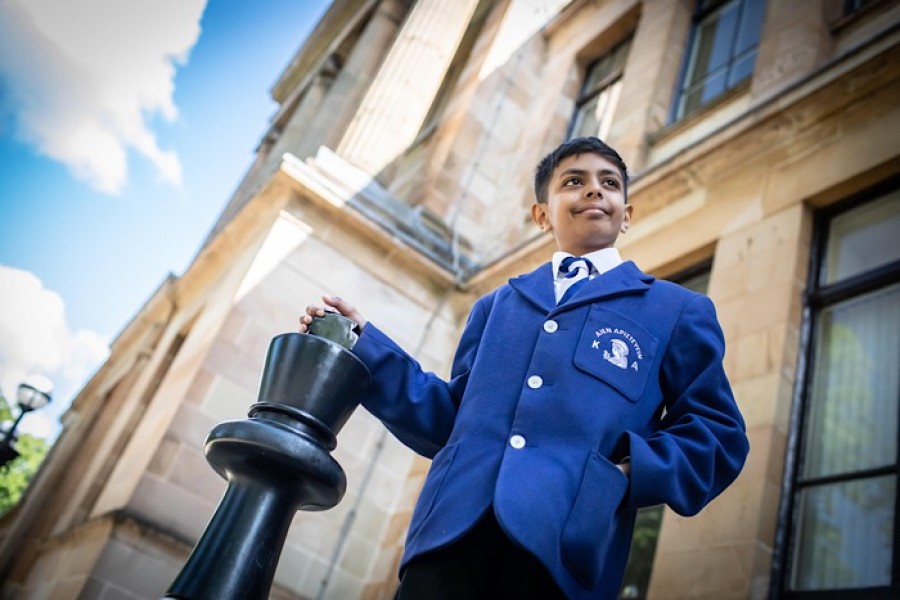 The budding grand master will take on young players from around the world at the elite chess tournament which comprises of 11 rounds over a 12-day period.

Earlier this month, the talented chess player travelled to Manchester to take part in the Gigafinals for Delancey UK Schools’ Chess Challenge, the world’s largest chess competition. Aryan’s performance in the under-11 age category earned him a place in the Challengers round and a shot at reaching the Terafinal.

He also won the Supremo Trophy at the Megafinal for under-11 boys earlier this year.

Aryan started playing chess at the age of five. After being taught the basics by his dad, he quickly developed a passion for the game.

He is no stranger to international competition having competed in the Lakecity Open International FIDE last year in India.

The S1 pupil from Glasgow said: “I feel really proud to have been selected to participate in the World Cadets Chess Championship.

“Although when I compete, I’m out there on my own, I wouldn’t have made it this far without the support of my parents, coaches, teachers and teammates.

“I am extremely lucky to be able to travel the world playing the game I love. I hope I can do Kelvinside Academy and my country proud!”

Dan Wyatt, Rector at Kelvinside Academy, said: “Aryan is an incredibly talented chess player and he has already achieved so much in the game at such a young age.

“Everyone at Kelvinside Academy is extremely proud of his achievements and we’ll all be rooting for him when he competes in Weifang and Manchester.

“We’re very lucky to have so many talented pupils at the school, and we’ll always do everything we can to help them explore and follow their passions.”