The last remaining tickets are still available for a charity gig at Clydebank Town Hall this Friday (March 31).

Scottish rock legends Big Country are headlining the concert in aid of the Teenage Cancer Trust.

Other acts on the bill include Altered Sky and Chris Ashton.

Local promoter Mark Barrow is behind the fundraising event. 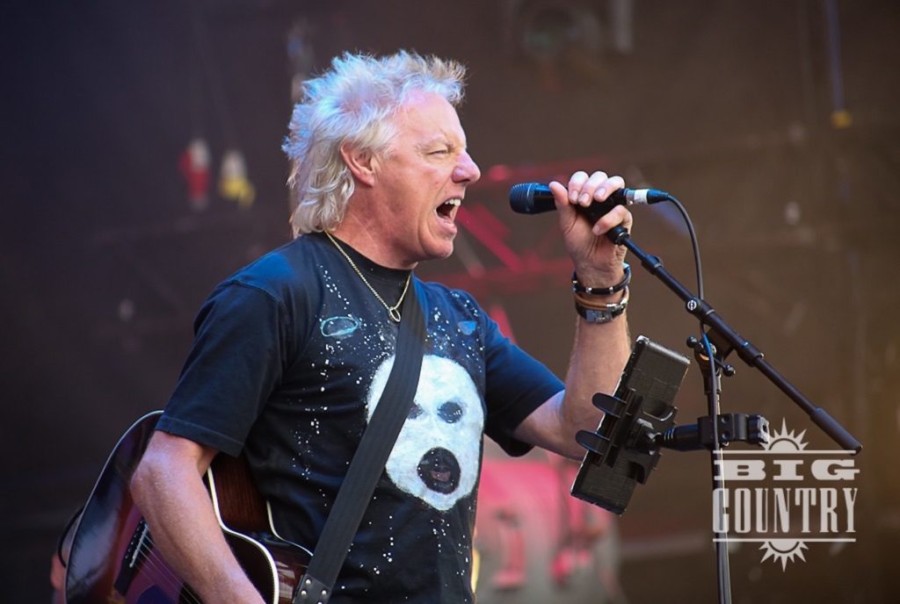 He said there had been a fantastic response for tickets but music lovers still had a chance to get along.

He said: "Online tickets can still be booked but they need to be collected on the door.

"People can get those tickets by going to www.tct.bigcartel.com.

"Alternatively, people can get tickets on the night but the charge will be £30."

Mark added: "These events cost a lot of money to put on but to reach the break even point and push towards handing a good cheque over to Teenage Cancer Trust means everything.

"The charity are so supportive and all the bands, management, West Dunbartonshire staff at the Town Hall and local businesses have all pulled together.

"It just shows what can happen when people drive towards a common goal." 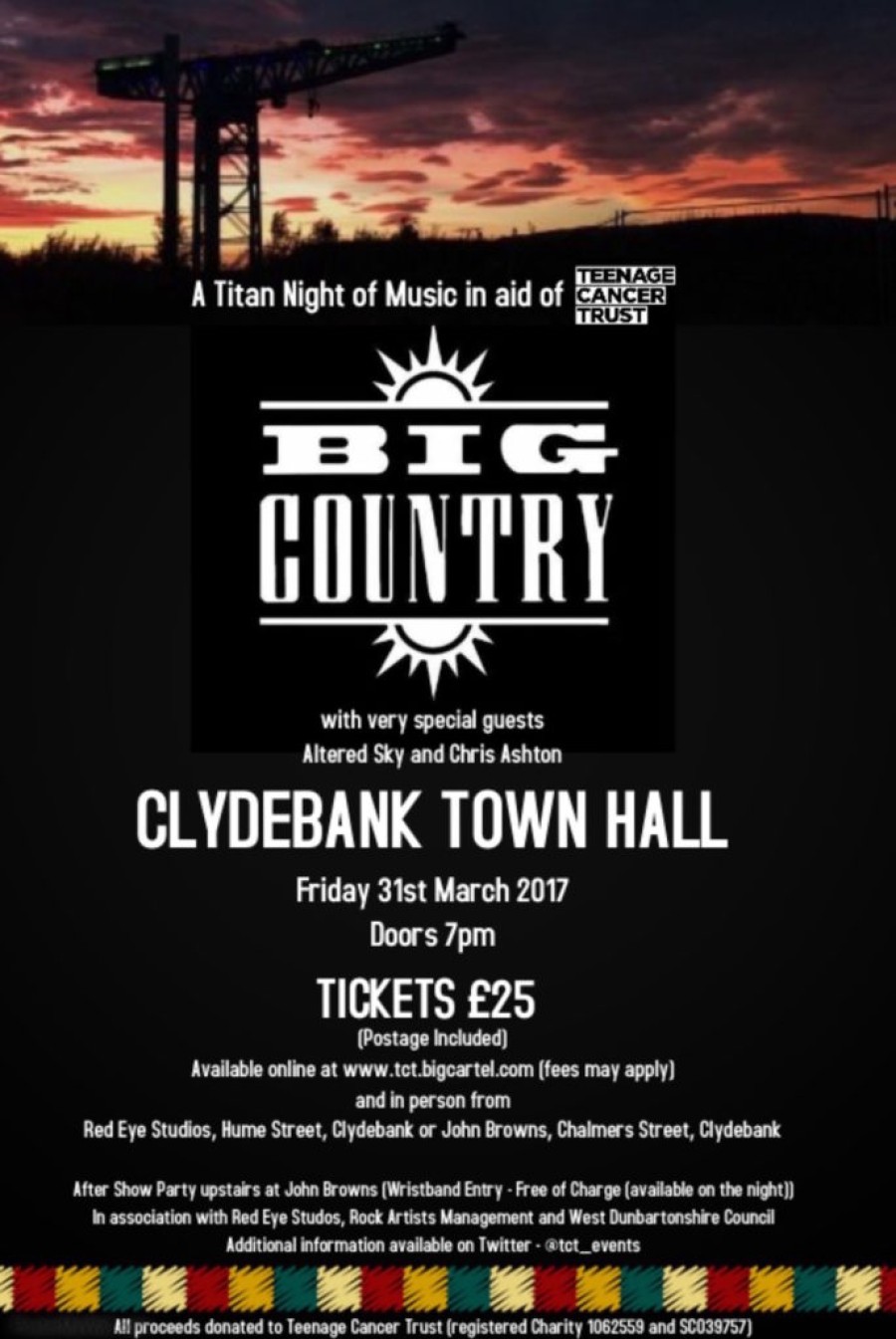 Poster: The event is at Clydebank Town Hall.

The charity is based throughout the UK, including a centre at the Gartnavel Hospital in the West End.

Mark said: "It should be a really great night with some fantastic live music.

"I would love as many people as possible to be there - it is for a fantastic cause."

But the band picked itself up in later years to carry on performing.

Tickets for the show are priced at £25. Tickets are available online at www.tct.bigcartel.com or at select outlets (see poster).

* A competition for a pair of tickets was won by Jacqui Kelly from Glasgow.