A shop of some sort or another has been on the site for many years.

A Glasgow restaurant owner wants to open a new eatery at a vacant convenience store.

Billy McAneney wants permission for a new eating place with outside seating at the former Scotfresh store on Kirklee Road.

A change of use application has been lodged with city planners. 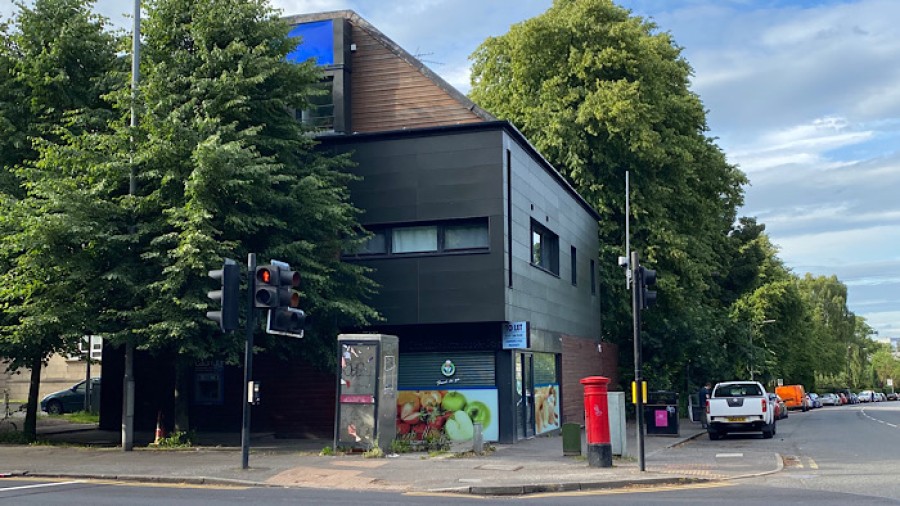 The unit currently has licensed retail or class 1 status.

A shop of some sort or another has been on the site for many years.

The modern building which is on the site was built in the 1990s.

It replaced a green hut that sold provisions for many years that was known as the 'Greenie'.

The store is still known by some as Churchill's after the newsagents that traded before Scotfresh.

The convenience store operator moved out at the start of the year.

Mr McAneney is a well-known restaurant owner in Glasgow.

One of his venues is The Baby Grand in Elmbank Gardens.

His application on Kirklee Road is for 37 internal covers and two outside areas - facing Great Western Road and Kirklee Road.

Few details of the proposed business are included but one of the drawings refers to the venue closing at midnight.

Two private residences are situated over the empty retail unit.

One of the owners is Richard Eadie who said he will be objecting to the plans.

He has drafted a flyer which he has been circulating to neighbours.

It sets out a number of grounds for objection including the loss of convenience store status for the building.

He says "this prevents the loss of a class 1 local shop where there is no other such provision within 400 metres".

Mr Eadie told Glasgow West End Today: "I will be setting out my objections in a letter to the planning committee.

"I expect there to be other objections from a number of neighbours.

"There is no other convenience store within 400 metres of this site.

"I was told that a number of elderly people relied on the Scotfresh convenience store before it closed.

"Waitrose is not an option for elderly people who don't want to queue."

Mr McAneney was contacted for comment but has not returned our call.