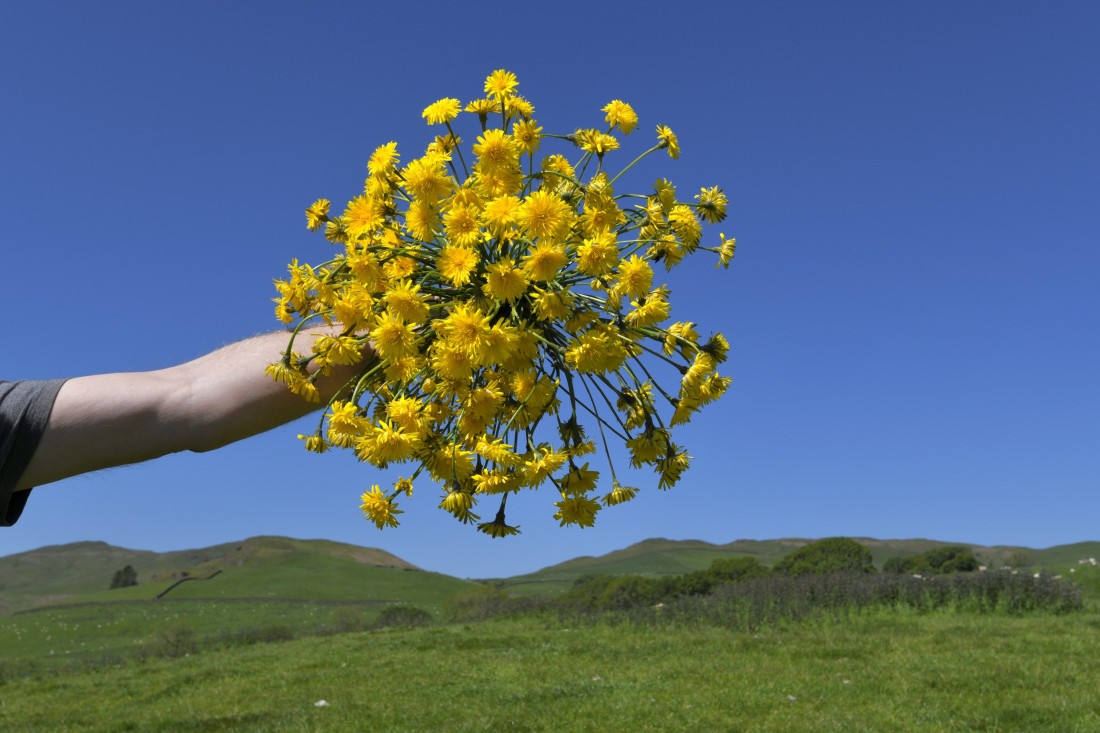 Award winning painter Rosemary Beaton has boundless energy. While hosting a Ukrainian refugee family of four, she roped in other folk, (also hosting refugee families under the Homes for Ukraine scheme,) and set to work. Now there’s a committee of 14 volunteers, many of whom are also hosting Ukrainian families.

The result is a spectacular fundraiser art exhibition, 250 pictures and sculptures from renowned Scottish artists worth nearly £500,000.

This amazing achievement proves peoples' desire to help. There are many Ukraine fundraisers, from coffee mornings or school fetes, benefitting vital work to help Ukrainian victims. Seeing the devastation upfront on TV night after night has affected young and old. A major art exhibition is more ambitious. 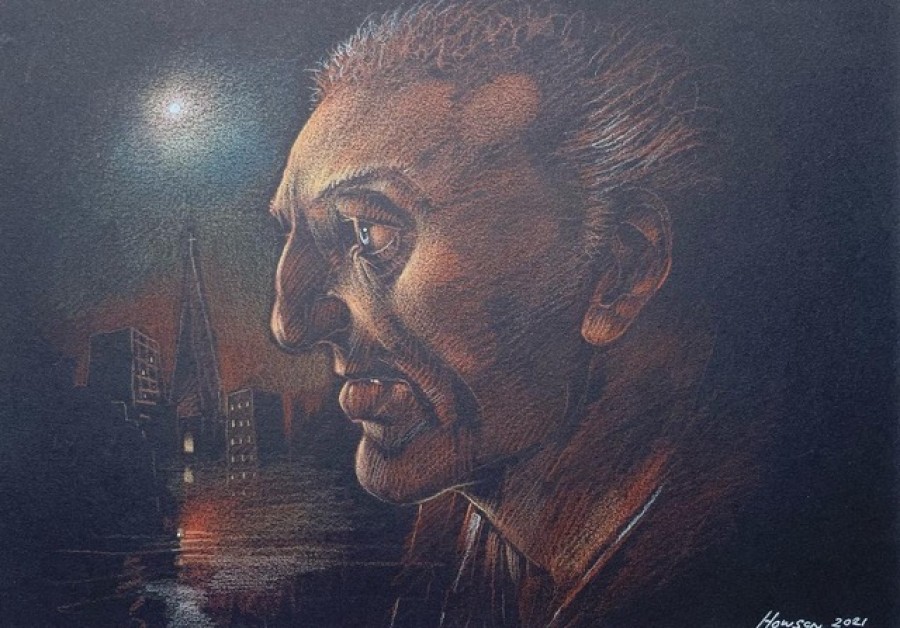 Peter Howson is one of the artists donating works.

Hosting a family is a major undertaking and responsibility. The UK in general seems to have been slow - bureaucracy taking over. Many people keen to help are still waiting. Morris, who is hosting a mother and her 18 month old child, says Inverclyde Council have been “fantastic”.

No-one has a closer ties than Stephen Skrynka, whose father arrived as a refugee. “He was rounded up by the Germans and ended up escaping to a camp for displaced people in Belgium run by the British. He eventually joined the Polish army and found himself near Aberdeen clearing bomb damage. His family, sent to Siberia for years of hard labour, didn't know if he was dead or alive for another thirteen years.”

The prospect of today’s nightmare overshadowed Skrynka childhood. At Artist Aid Ukraine Stephen shows photographs of his father protesting in front of the Russian Embassy in the 1960s. "My father was so grateful to the UK which he loved dearly. He'd be heartbroken to see history repeat itself." 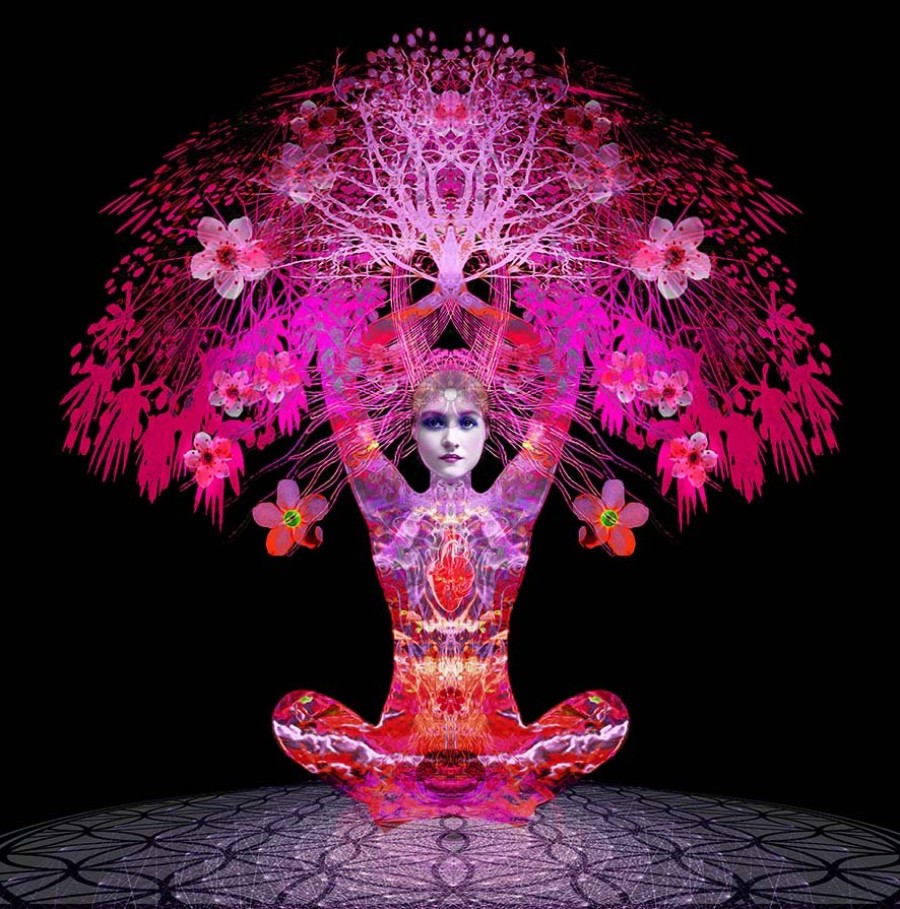 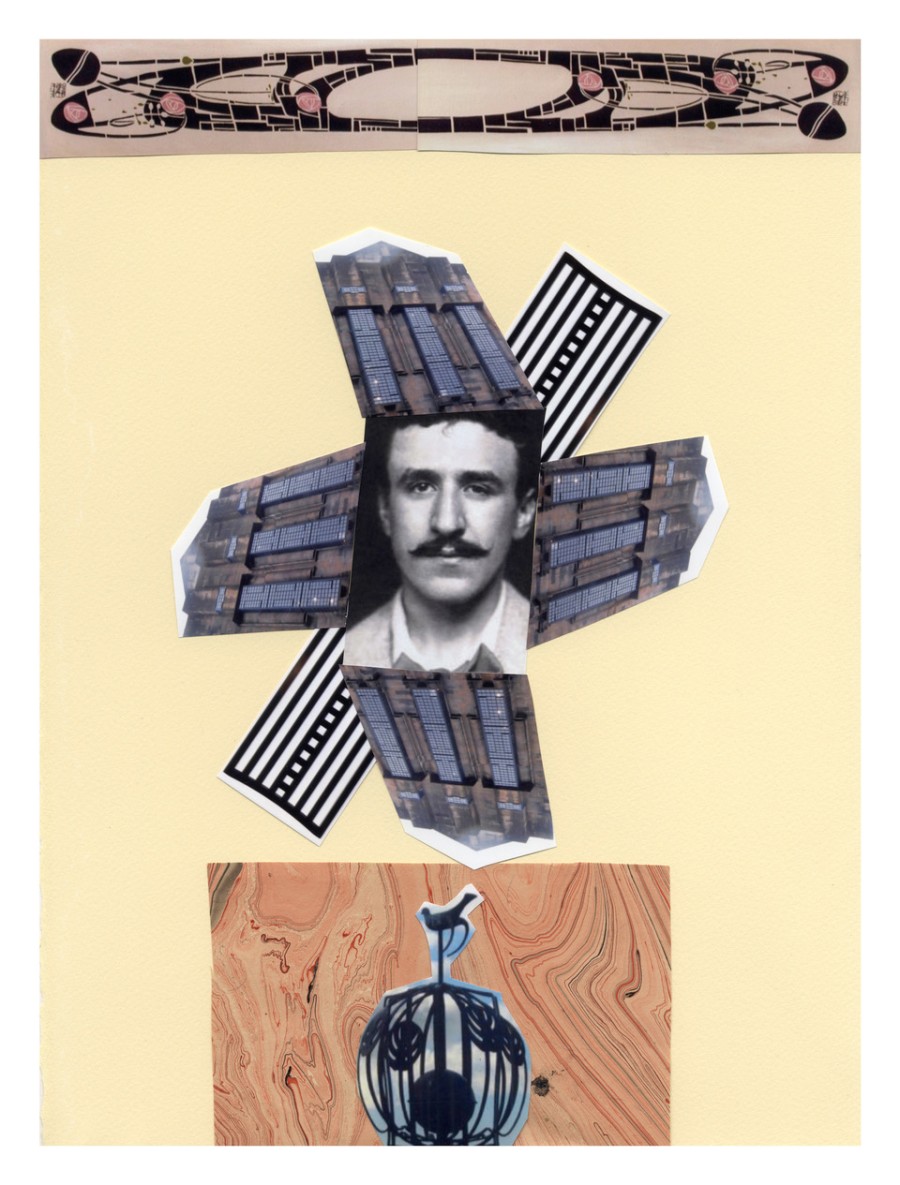 Generosity has been key all round. And artists have turned up trumps. David Mach was on board early followed by Glasgow’s Wiszniewski and Currie. Sandy Stoddart took his favourite river god image (“With their world weary looks and beards - up there with God and Santa!”) to create large circular sculptures and 24 smaller dinner plate size ones.

“Few people have room for large stuff so I'm making small ones for sale.” These celebrate Ukrainian river god Dnieper and echo sculptures he made years ago. “Ironically for an oligarch’s mega London mansion - rumoured to be for Putin!”

With sunflower crowns and facing off Kalashnikovs these guys are definitely one in the eye for Russia. Now in demand in America, Stoddart is loyal to his Paisley roots. “My studio is here. I will never move.”

My father was so grateful to the UK which he loved dearly. He'd be heartbroken to see history repeat itself

International star Andy Goldsworthy equally in demand Stateside yet firmly based in Dumfrieshire, also donated work made specifically for this show.

He gave permission for PR use of a wonderful Yellow and Blue flowers against a radiant sky, then donating a drawing of a tree growing over a crumbling tank.

Goldsworthy explains it's for a future memorial, "unlikely it will ever be realised but having the idea is important – at least for me.” 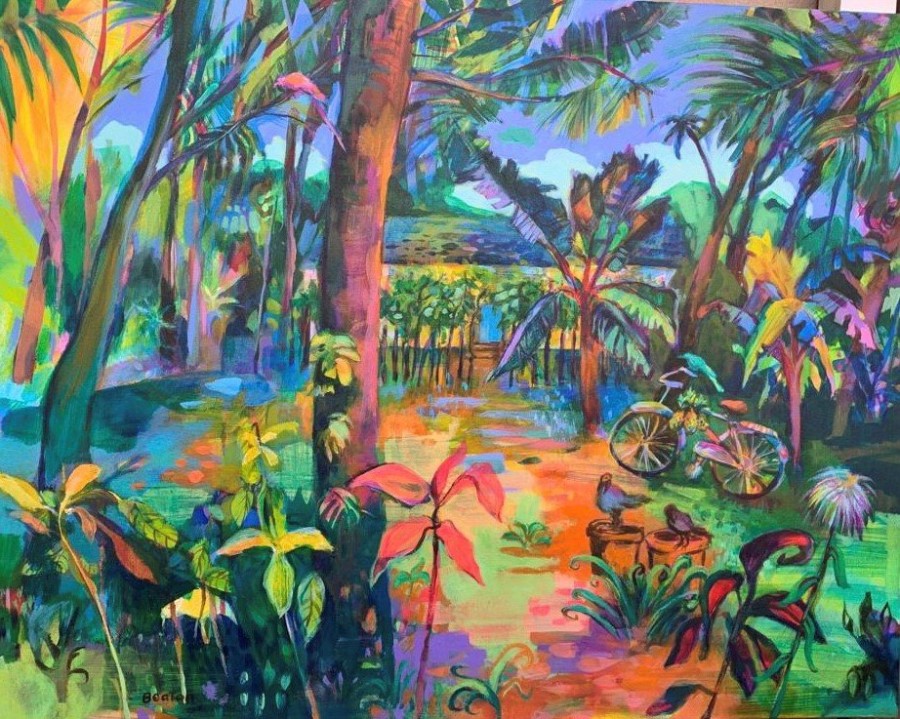 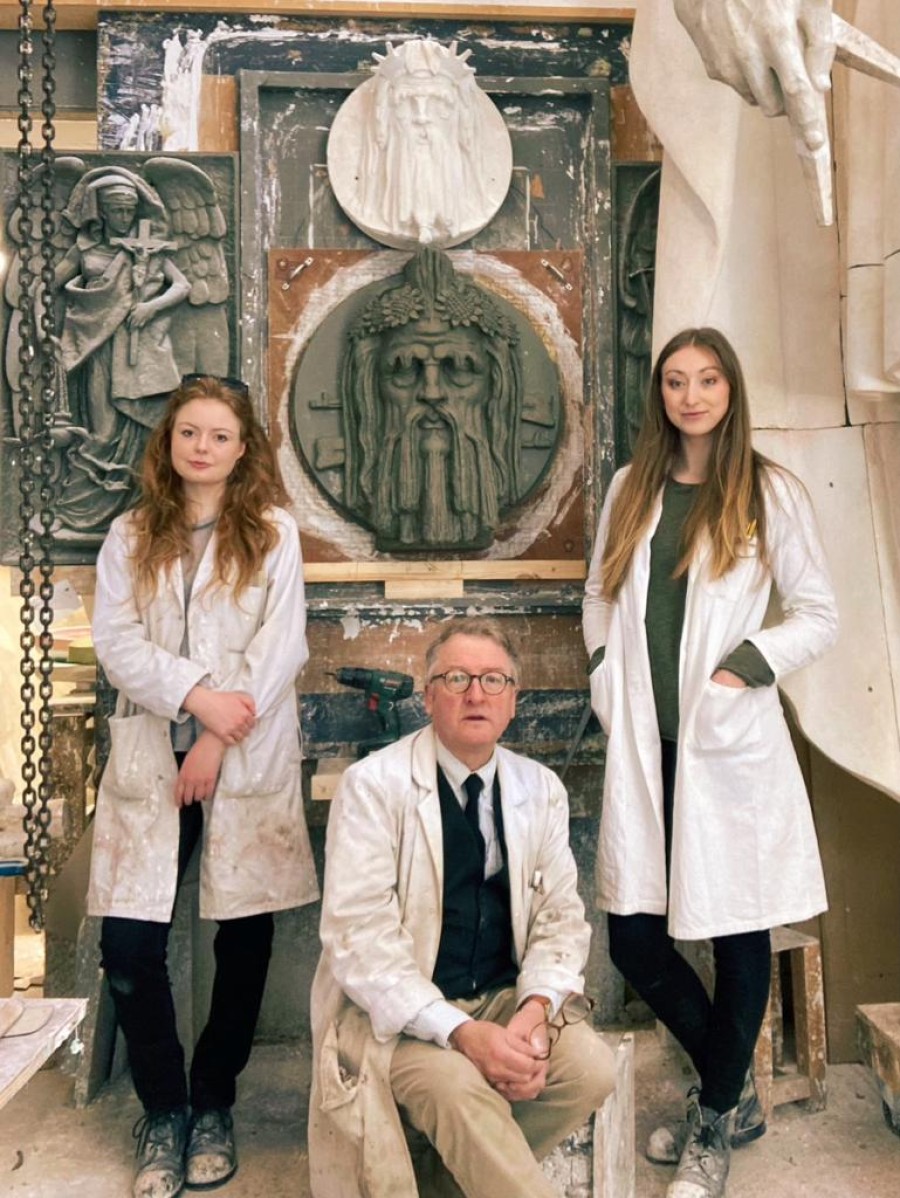 It reflects work he made for a garden for Manhattan's Holocaust Museum: trees growing out of huge boulders. I was NYC based, writing for the Financial Times. Andy emphasised to me "nature’s ability to survive in impossible circumstances." Sadly his tribute to WW 2's hardship and tenacity applies equally to the Ukraine.

Not all works are military. Helen Wilson’s standout painting of Ukraine’s yellow/blue football strip will quickly find a home.

So too glorious flowers by Sofia Perina, witty comic sendups by Mach, paintings by Flockhart, abstracts from Haxworth, Duckhouse & Sam Ainsley, figures by Carey & Finlay and tropical colour from Beaton herself with vibrant paintings of lush Mediterranean foliage.

After raising four grown kids of her own, she is back doing the school run for her newly arrived refugee boys.

All works with 60% donated to fundraiser will be online, first come first served, via online or in the gallery via electronic system till July 24.

Art donated 100% will be in an online auction till July 25 with a reserve of 40%. Bidders will be notified if outbid, so can up their bid if wish to.