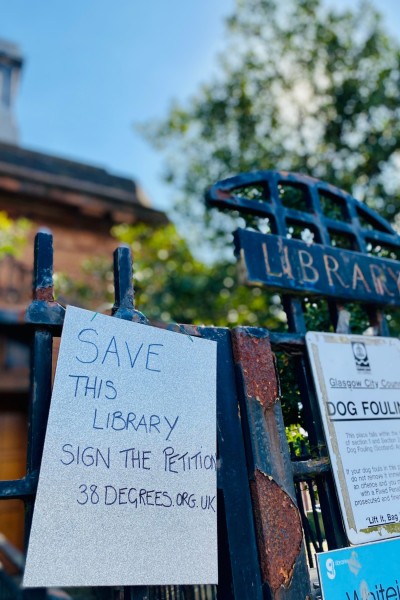 Maryhill and Whiteinch libraries will reopen to the public next week after being closed for nearly two years.

The buildings are among five city libraries that will open thanks to emergency funding.

The cash was announced last year and now the city council has confirmed the buildings will open on Monday January 24.

Local campaigns were launched across the city when the buildings remained closed last spring.

The venues were among dozens in the city impacted by the pandemic.

Local people demanded that the services be reopened as soon as possible.

Protests were staged regularly outside the buildings in Whiteinch and Maryhill.

Two other libraries opening next week are The Couper Institute Library and the Library @ GoMA.

Glasgow Life has also made adaptations to the building Barmulloch Library is in, and that will reopen on Monday 31 January. 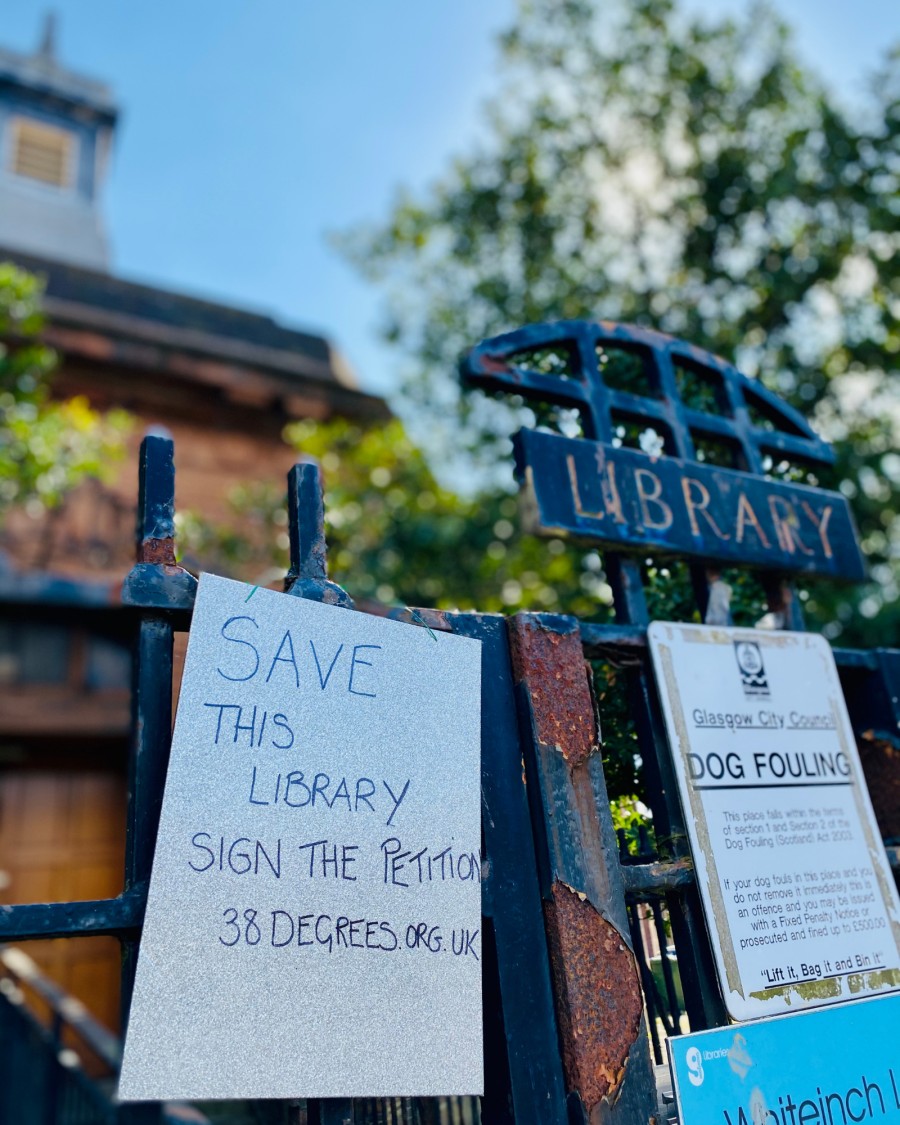 Protests have been held outside Whiteinch library on a weekly basis.

According to the charity, the reopening of the five libraries has been made possible thanks to the Scottish Government Public Library Covid Recovery Fund, administered by the Scottish Library and Information Council.

Council leader Susan Aitken said: “We have always understood the value of libraries to their communities which is why we have been working towards reopening all libraries as soon as we were able to do so.

“And that is reflected in the financial guarantee the council extended to Glasgow Life to ensure more of these venues were able to open sooner, after being closed by the pandemic.

“The city made a strong case for the additional funding that means every library now has a reopening date.

We have always understood the value of libraries to their communities which is why we have been working towards reopening all libraries as soon as we were able to do so.

“While we must not forget that Maryhill and Whiteinch libraries both still need substantial capital investment for the future; I am looking forward to all of Glasgow’s libraries being able to welcome people back through their doors.”

The Scottish Government Public Library Covid Recovery Fund grant of £448,068, in addition to the £100 million funding guarantee the charity received from Glasgow City Council in March 2021, means that every Glasgow Library now has a projected reopening date.

Elder Park and Woodside Libraries are planned to reopen in 2022 following significant investment and refurbishment.

All reopening plans are contingent on staff availability and ensuring services can be delivered safely, and in-line with the Scottish Government’s guidance.

Note. This story has been updated to correct the opening date to Monday January 24.
Share this story