A budding artist who paints as a way of dealing with chronic pain has been given a helping hand by Glasgow North MP Patrick Grady.

A budding artist who paints as a way of dealing with chronic pain has been given a helping hand by his MP.

Michael Cavanagh said he always put his drawing and painting in the doodling category.

He rarely completed works before crumpling them up and discarding them, he said. 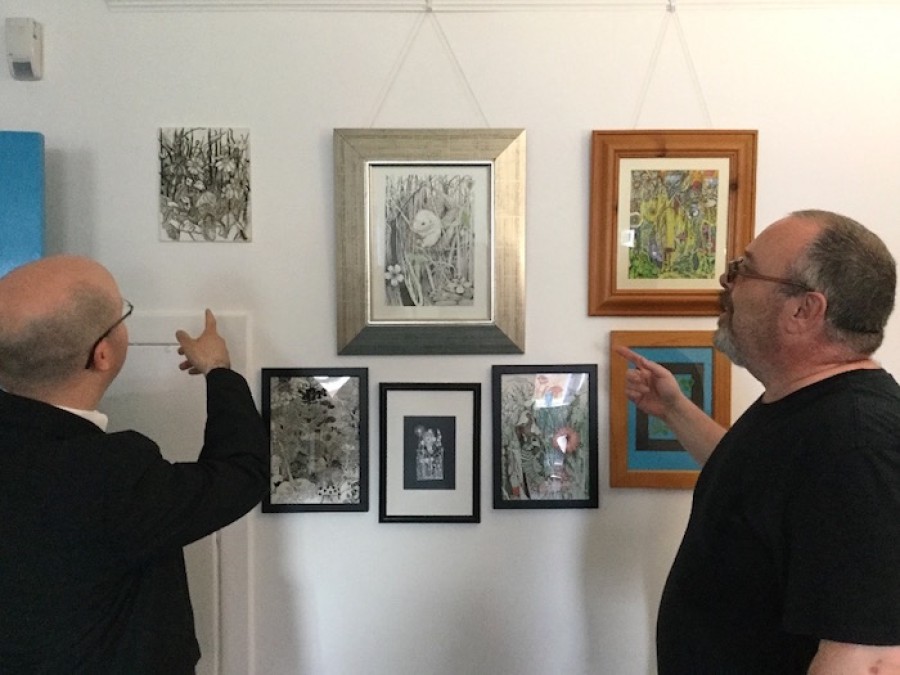 But Michael has recently used his drawing as a way of dealing with chronic pain and increasingly limited mobility.

Now the artist has found a patron in Glasgow North MP Patrick Grady, who runs a Local Artists Project.

Since the project started in 2015, eight local artists have featured - and Michael will be the ninth.

The scheme sees local artists displaying their artwork in the constituency office for four to six weeks.

The artwork has proven to be a real talking point for passers-by and visitors.

Michael says the main influences in his life are the people closest to him.

Artistically, he is inspired by Chinese and Japanese artists from the tenth century onward as well as cave art and the craftsmanship of Celtic and Hellenic treasures.

"I was so impressed with his creative talent I asked him to take part in the Local Artists Project.

"Michael's eye for capturing the intricate detail of flora and fauna is remarkable.

"I'm delighted that he accepted, and I hope more people come to appreciate his work."

Anyone is welcome to pop by the office in Firhill Road where his art will be on display until the end of August.

Passers-by will be able to take away business cards to contact the artist directly for purchases.

Artists who are interested in taking part in the project can email patrick.grady.mp@parliament.uk for more information.