Glasgow City Council is to lease land from Glasgow School of Art to deliver the new so-called Underline Avenue.

The car-free pedestrian and cycle route will link the Cowcaddens area of the city to St Georges Cross.

Active travellers - people who want to walk, ride a bike or scoot - will be able to access the West End via Great Western Road or via new links through Woodside. 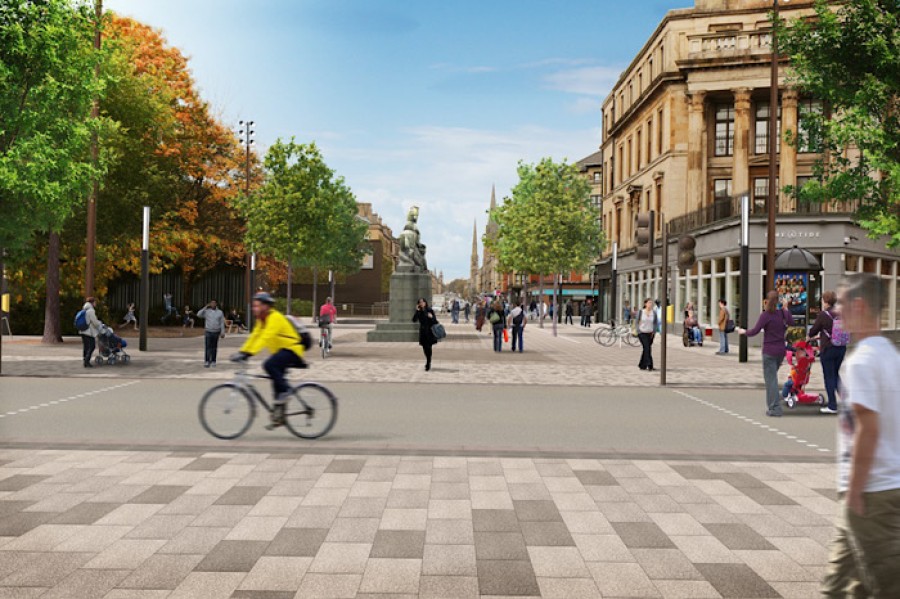 The lease deal is for land at the former Stow College site – now owned by the Glasgow School of Art.

Currently car parking, the land will allow direct access along the line of New City Road out of the city under the M8 motorway.

The 25-year lease for this 524 sq-metre site is expected to have an annual cost of £1 to Glasgow City Council.

According to the city council, the Underline Avenue will see improvements along Cambridge Street all the way to St Georges Road.

The route passes Cowcaddens subway and New City Road to allow a direct pedestrian and cyclist link between the city centre and the West End, with environmental improvements a key feature of the new Avenue.

Councillor Susan Aitken, leader of Glasgow City Council and chair of the Glasgow City Region Cabinet, said the project would benefit people living and working in the city.

How the area looks now on Google Earth. Photo: Google

She said: “A core benefit of the Avenues programme is how it will improve connections across the city centre, with the Underline transforming how people can travel to and from the city centre and the West End.

"This is the next step in the delivery of the Underline, which will create a far more attractive environment for everyone who uses this route or lives, studies or works on it.”

The Underline is one of 21 'Avenues projects' being funded through the Glasgow City Region City Deal.

Sauchiehall Street Avenue was the first completed in 2018 under the £115 million programme.

The others will be started and completed over the next seven years.

Work on the Underline Avenue is proposed to begin in January 2022, with completion in the summer of 2023.