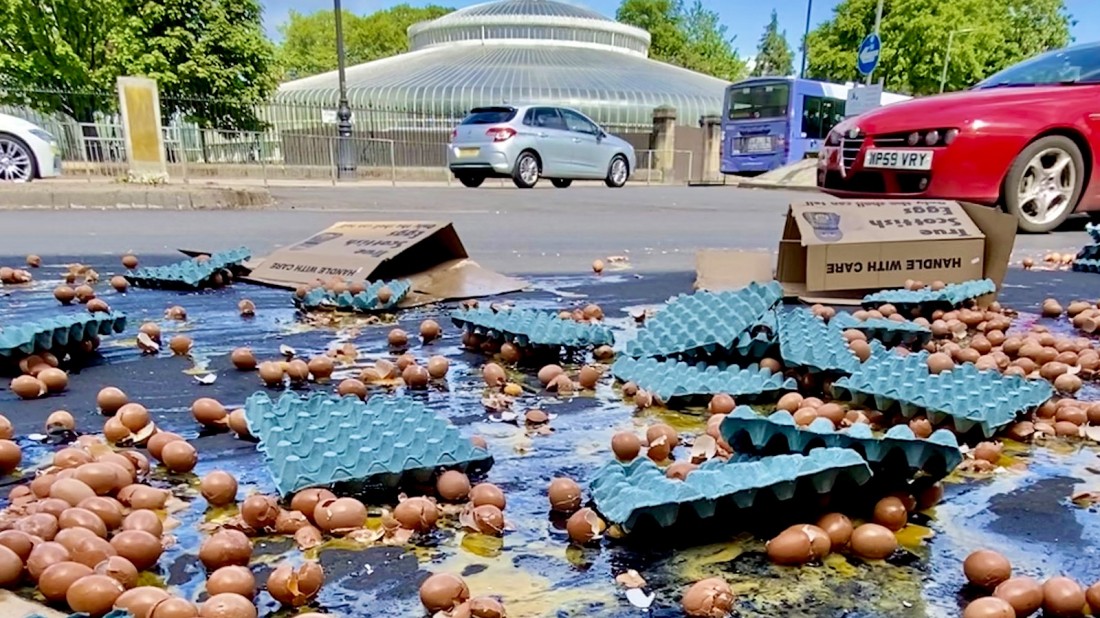 Police scrambled after stolen van spills eggs into the road

Police Scotland said the load came from a van that had been stolen nearby shortly before.

Hundreds of eggs were left smashed and lying in the road after a van was stolen.

The unusual scene greeted residents and motorists on Thursday morning.

The eggs were strewn across Queen Margaret Drive by Glasgow Botanic Gardens.

Police Scotland said the load came from a van that had been stolen nearby shortly before.

The vehicle was later traced to the Hamiltonhill area of the city.

But the sight of hundreds of yolks and broken shells lit up social media.

One Twitter user: “Someone’s going to have to shell out for for the clean-up,” came one reply.

Someone else said: “Have the police been scrambled?"

And another: “Surely this is a yolk?”

One said: “Smashing, this cracked me up - it’ll be all whites in the end, though.” 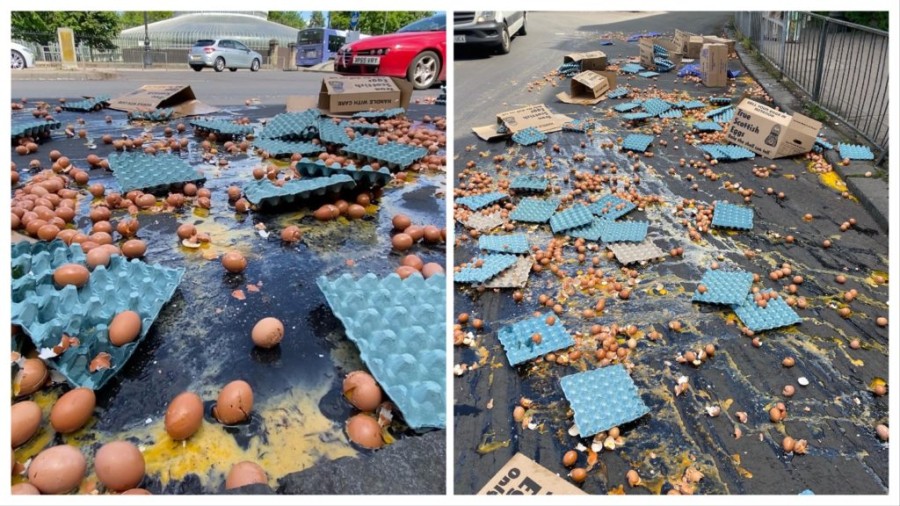 Another person summed it up: “That’s a lot of huevos rancheros missing in the West End this weekend.”

A council spokesman said they were aware of the incident.

He said council officers would attend and clean up the mess.

A Police Scotland spokesperson said: "Around 10.45am on Thursday, 27 May, we received a report that a white van had been stolen on Queen Margaret Drive, Glasgow, and that the vehicle had shed its load as it made off.

“It was traced in Hamiltonhill Gardens shortly after.

“Enquiries are ongoing into the incident." 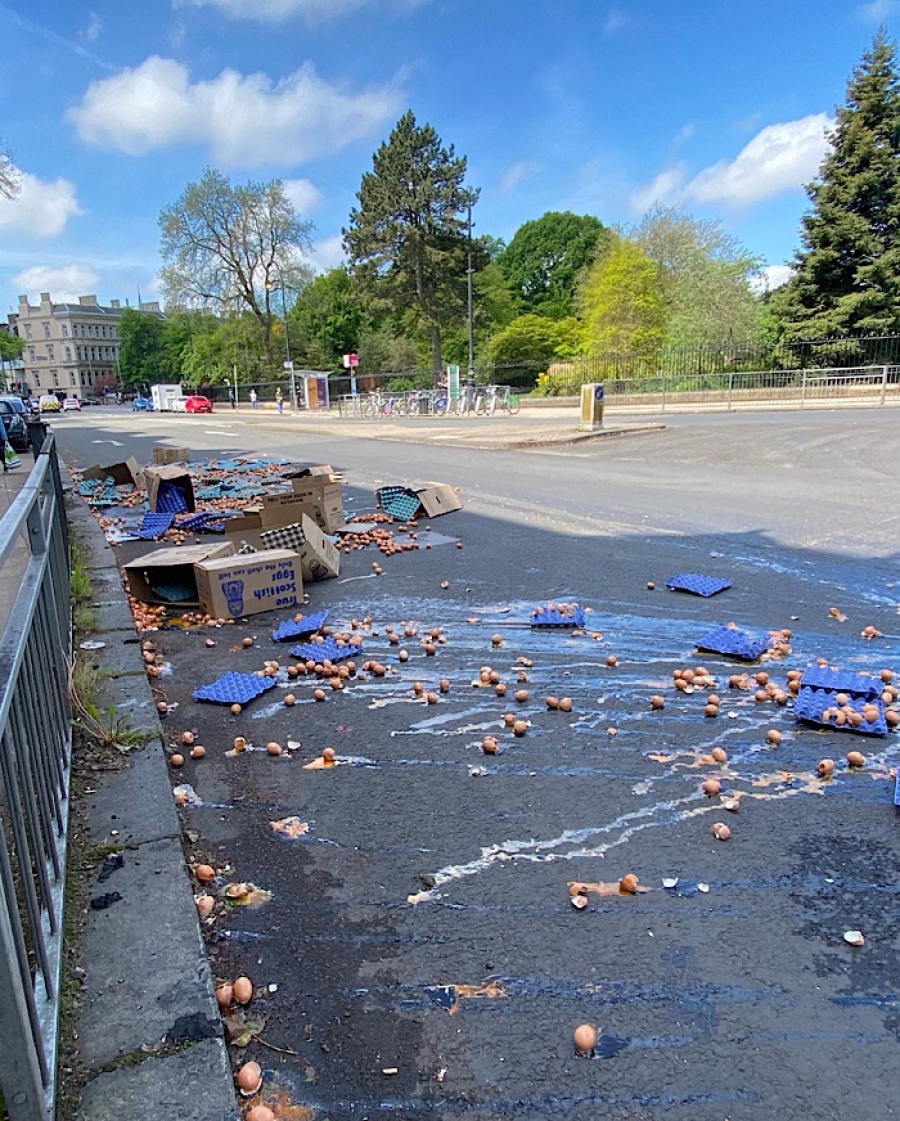