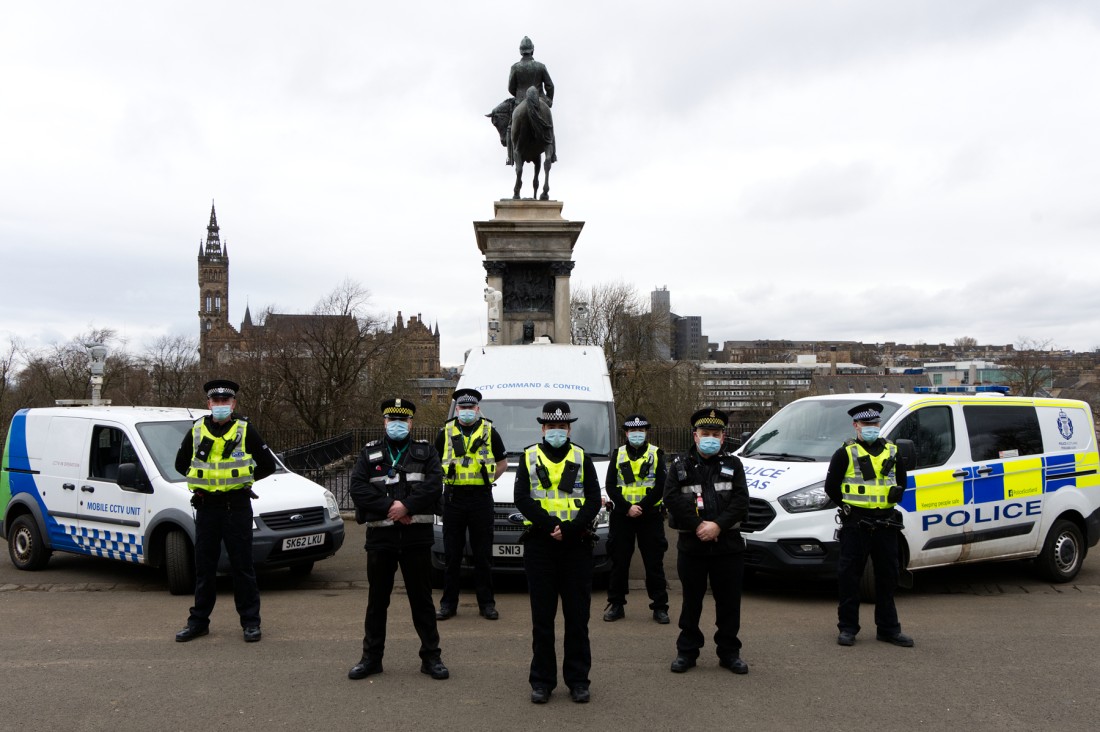 With some gates locked, the authorities hope to cut out anti-social behaviour.

Visitors with alcohol are to be stopped from entering Kelvingrove Park on busy days over the coming months.

Police and council staff will be stationed at the park’s gates to prevent people getting in with carry-outs.

If the forecast remains dry and sunny over the Easter weekend, the entrance checks will likely be in place from Good Friday.

With some gates locked, the authorities hope to cut out anti-social behaviour.

The measures have been announced as part of a plan of action to tackle problems over the coming months.

Two new fixed CCTV cameras will be installed by the summer in addition to the four cameras at present.

Enforcement at the park gates was introduced last summer.

The new measures will return on selected days - usually when the forecast is for good weather - when people are expected to gather in numbers.

Police have previously said visitors are coming from across the Central Belt to party and drink alcohol at Kelvingrove.

Consuming alcohol is also prohibited in public places in Glasgow.

Mr Gillespie said: “Kelvingrove Park is a fantastic asset for Glasgow and it must remain a safe place for everyone who wishes to visit.

“Unfortunately alcohol-fuelled disorder has caused fear and alarm in the past, but last year’s intervention to stem alcohol from being consumed in the park made a big difference.

“Having enforcement officers and police waiting at a limited number of entrances to prevent alcohol coming into Kelvingrove helped to make a visit to the park a far more positive experience.

“This year we will only be limiting the number of open gates when we have to.

“But if we have reason to believe large numbers will gather we can move quickly to have staff waiting at entrances to remind visitors of our park rules that indicate alcohol is not welcome in Kelvingrove.”

The introduction of managed access to the park last year led to a significant drop in anti-social behaviour in and around Kelvingrove on busy days, according to the authorities.

This year gates will only be closed on a temporary basis on days when it is expected that large numbers will congregate in the park.

On those days visitors will be channelled towards six gates at the north, south, east and west of the park where checks by community enforcement officers and police will be undertaken.

Anyone seeking to enter the park with alcohol will be either be asked to dispose of their alcohol before entering the park or be refused entry.

The two access points for NCN 756 cycle route, which passes through the park, will remain open.

Early spring sunshine has already drawn large numbers of people to the park.

This led to the mass gathering to dispersed by police to ensure observance of the on-going covid-control restrictions.

Chief Inspector Natalie Carr said: "We understand people will want to take advantage of the good weather and enjoy Kelvingrove Park, but we want to ensure it’s a safe space for everyone.

“We know that the antisocial behaviour in the park is often fuelled by alcohol and because of this we will be working in support of Glasgow City council to enforce the council park rules which prohibit the possession and drinking of alcohol in the park.

“If you do decide to come to the park with alcohol, it will be confiscated and you may be fined for consuming it.

“We want everyone to enjoy the good weather in the park as it is often in short supply here in Scotland, but people’s safety must always come first.”

The last remaining apartments at the prestigious Park Quadrant Residences in the Park area of the West End are now available.

No entry to Kelvingrove Park for anyone carrying alcohol this Friday, says council

Council staff, with support from Police Scotland, will be stationed at the gates to make sure booze is not being brought into the park.

Public resources have been stretched during lockdown with hundreds of people gathering in the park in warm weather.

Warnings that Covid-19 will spread again if people ignore the rules on safe distancing.