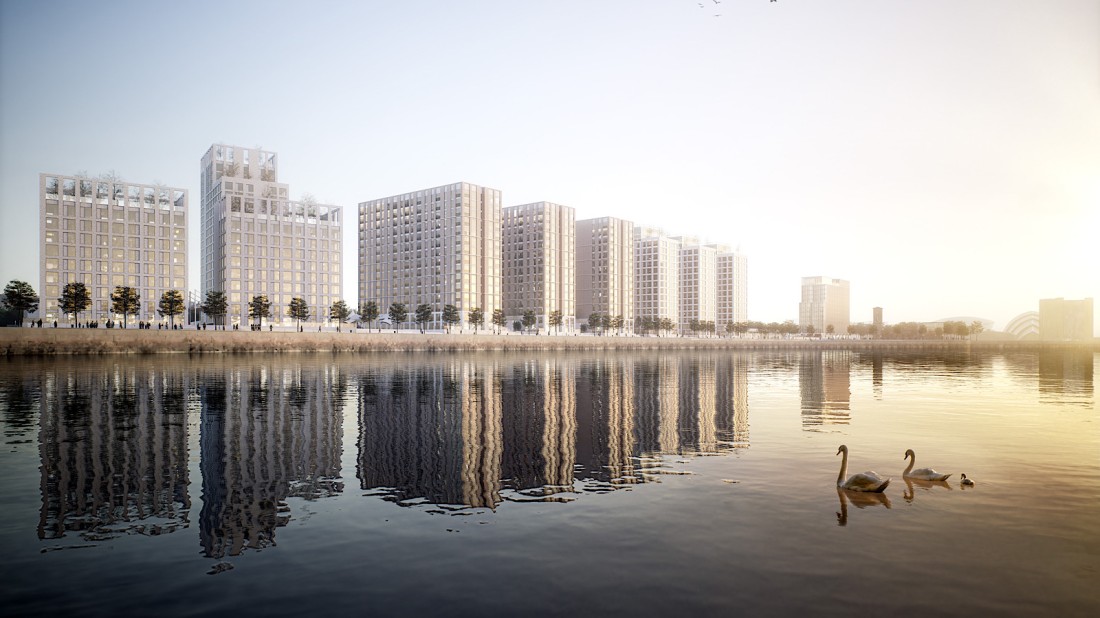 A regeneration company says it has taken the views of the public onboard and refined its plans for a major development at Yorkhill Quay.

Peel L&P said it has been working closely with the Scottish Government and the city council to get its scheme right.

An outline planning submission for 1,100 homes, a 200-bedroom hotel and 2,500 square metres of mixed leisure use was recently lodged by Peel.

The former industrial riverside site between the SEC and the Riverside Museum has lain derelict for many years.

An image of the outline scheme shows a number of large blocks along the river-front site.

And a press release talks of a series of ‘river rooms’ that create areas of protected public realm along a new River Walkway.

These ‘rooms’ will see “buildings and open space framed with panoramic views of the water and the city’s famous landmarks”, it says.

According to Peel, the proposed 1,100 homes will consist of open market, build to rent and co-living residences.

The development company says the residential-led mix of uses including hotel, leisure and commercial activities will help “repopulate and reactivate the waterfront”.

And it will create “a vibrant and diverse destination which complements and connects with surrounding uses at the Riverside Museum, Clydeside Distillery and nearby SWG3”. 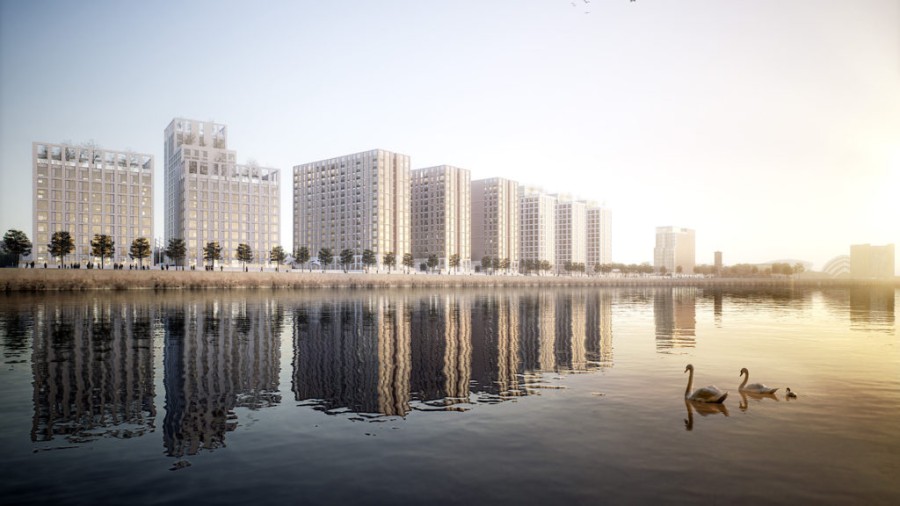 He said: “We’re pleased to be submitting plans for Yorkhill Quay after a successful public consultation and we’ve taken the community’s feedback on board in refining plans to make the development the best it can be.

“These plans are in keeping with the objectives of the Clyde Mission and we’ve been working closely with the Scottish Government and local council to develop Glasgow Waters which includes Yorkhill Quay and Castlebank Quay.

“We want to create a sustainable community that uses low carbon energy generation where possible and we’re confident that our wider Glasgow Waters development will help the Clyde to attract further investment in retail, leisure and tourism as well as create hundreds of much-needed homes.”

Peel L&P says it has “generations of history” and is now responsible for some of “the most transformational development projects in the UK today”.

It created MediaCityUK in Salford which is now home to the BBC, ITV and Coronation Street.

The public consultation ran in November 2020.

Social media posts on the Yorkhill scheme in recent days have been critical.

Users have likened the apartment blocks to the city’s Red Road flats which were demolished several years ago.

The plans will be considered in due course by the planning authority.