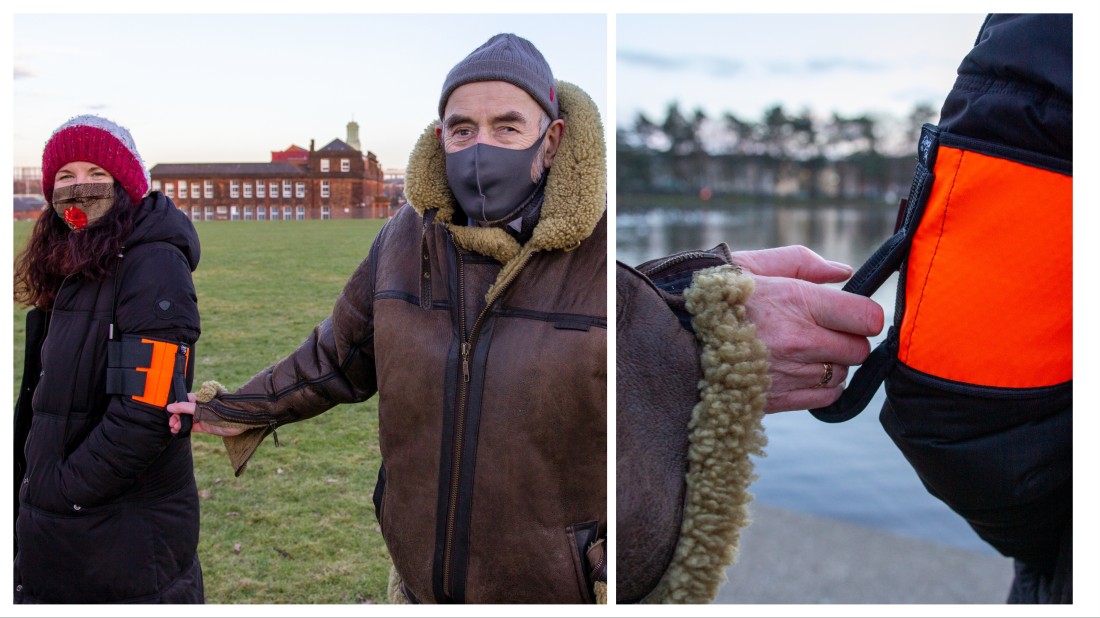 Neighbours Tom Forsyth and Laura Maclean came up with a contactless way for people with visual impairment to be guided safely as they walk.

A cottage enterprise set up by two Glasgow neighbours has been given a boost during the pandemic.

Ramble Tag is the idea of friends Tom Forsyth and Laura Maclean who live next door to each other in Anniesland.

They came up with a contactless way for people with visual impairment to be guided safely as they walk.

The Ramble Tag is a Velcro-attached harness that wraps around a guide’s arm.

A handle allows a person with visual impairment to hold on at a safe distance without the need for physical contact.

Invented before the current coronavirus was even a thing, the device has generated a lot of new interest.

Network Rail is among several big organisations that have placed orders for the product to help staff guide people safely through its train stations.

Glasgow Airport is already a customer and staff use the device to help travellers who need assistance.

And Laura and Tom are currently working with London Underground on how Ramble Tag could help commuters there. 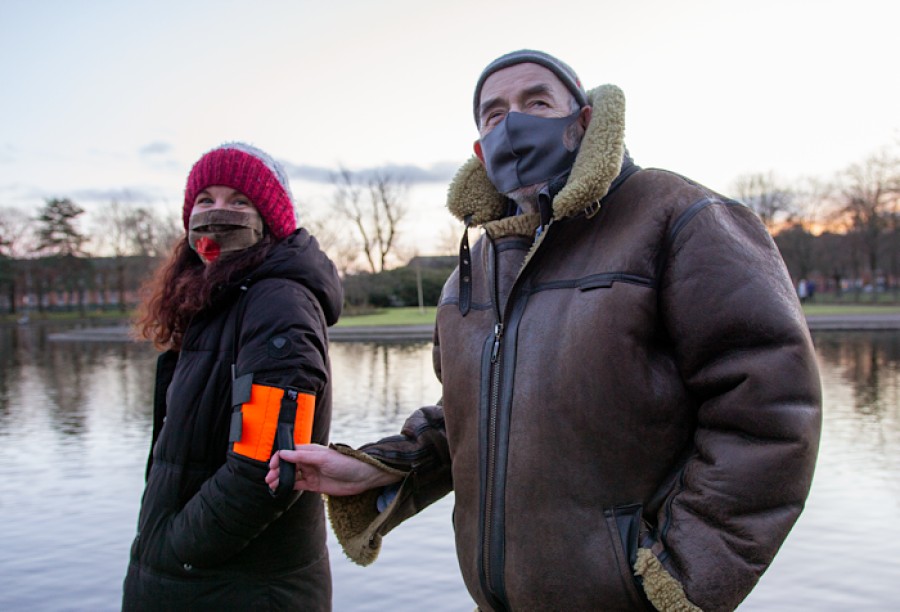 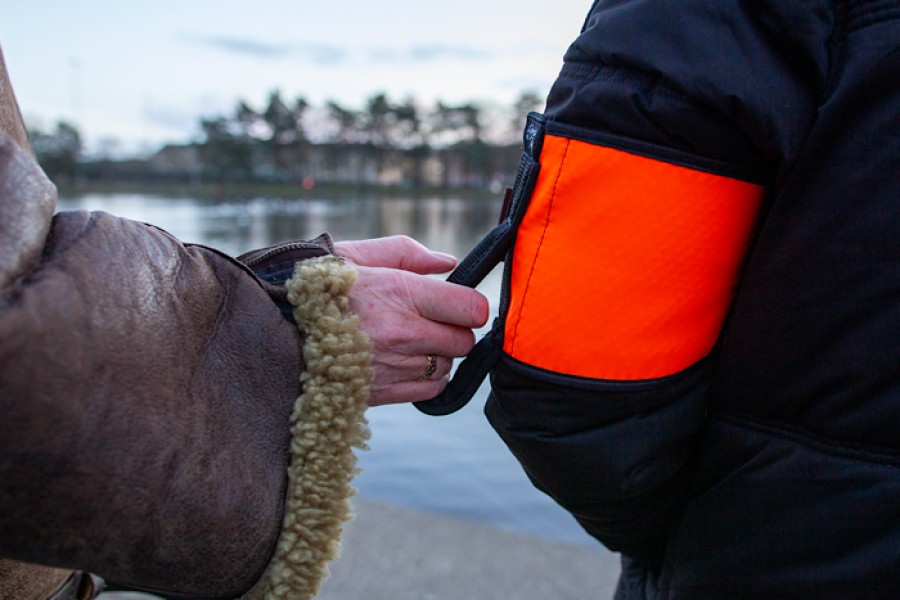 The device allows a person to be guided without physical contact. Photo: Laura Maclean

Tom, 67, who is blind, came up with the device during dog walks with Laura, 37, three years ago.

They wanted a way to walk together without physical contact and feeling awkward.

Tom said the device had made a huge difference to people with similar disabilities.

He said: “There are people constantly getting in touch with us through social media saying what a difference it has made to their life.

“I got a call from somebody who said his wife can’t believe that he’s no longer clipping her heels or tripping her up.

“It makes me feel good - the thought that you have created something which is making life a wee bit more bearable for people.”

The device which sells for £23 has been approved by leading organisations including the Royal National Institute for the Blind.

Laura, a photographer who ran a dog-walking business before Ramble Tag took off, said orders had come in from the NHS across the UK. 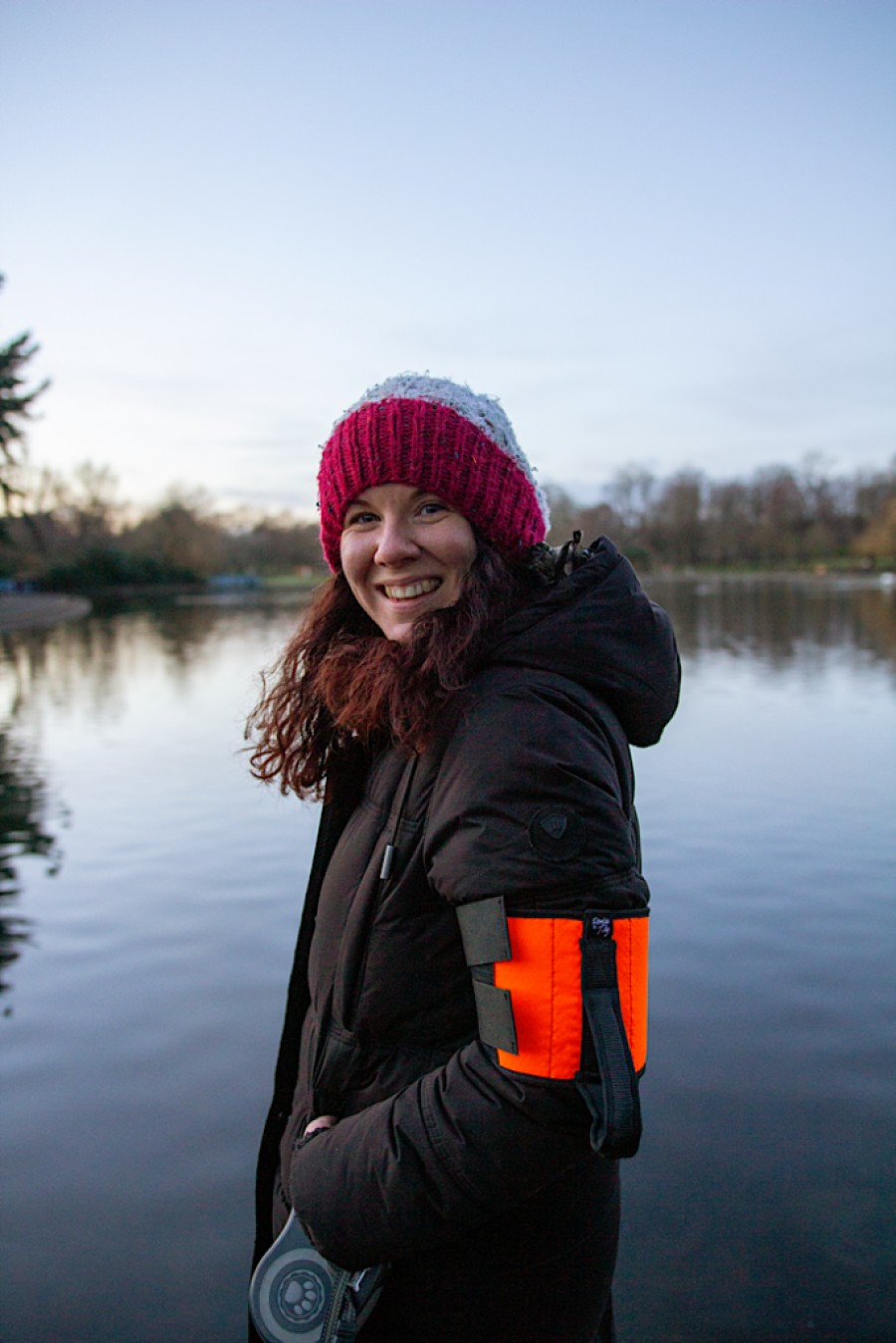 The device has generated a lot of new interest during the pandemic. Photo: Laura Maclean

She said: “When lockdown started we just didn’t think it was appropriate for people to be in near-contact with each other.

“So we took a wee step back from promoting it, but we started getting orders in from official places like Network Rail, who took a big order to make it safe to guide people through their stations.

“It’s not why we invented the product and we never thought a virus would be a thing or a focus of what we are doing.

“When people started to ask about them and take interest we decided to step back up again.”

She said airport and train station staff are allowed to use the devices if they and the customer are wearing face coverings.

Laura said: “Ideally we want these aids to be used across the whole rail network and by all the train companies.

“We are working on London Underground at the moment, because they are really busy and they have a really good service. Staff will go on a train with a user and get off at the stop with them.

“If we can get them on there, it will become a normal thing for visually-impaired people and staff.”

The RNIB have repeatedly ordered the devices and are still selling them.

Laura said: “Every now and again we will get an email from somebody that moves you.

“One woman had a boy that didn’t want to go anywhere and he always had to get put in a wheelchair.

“And then they discovered the Ramble Tag, and the wheelchair has never been out the shed since.

“It has just changed the way they live.”

Crow Road crash victim was about to start university

Aidan Pilkington had just left Hyndland Secondary School in the summer and was looking forward to the next chapter in his life.