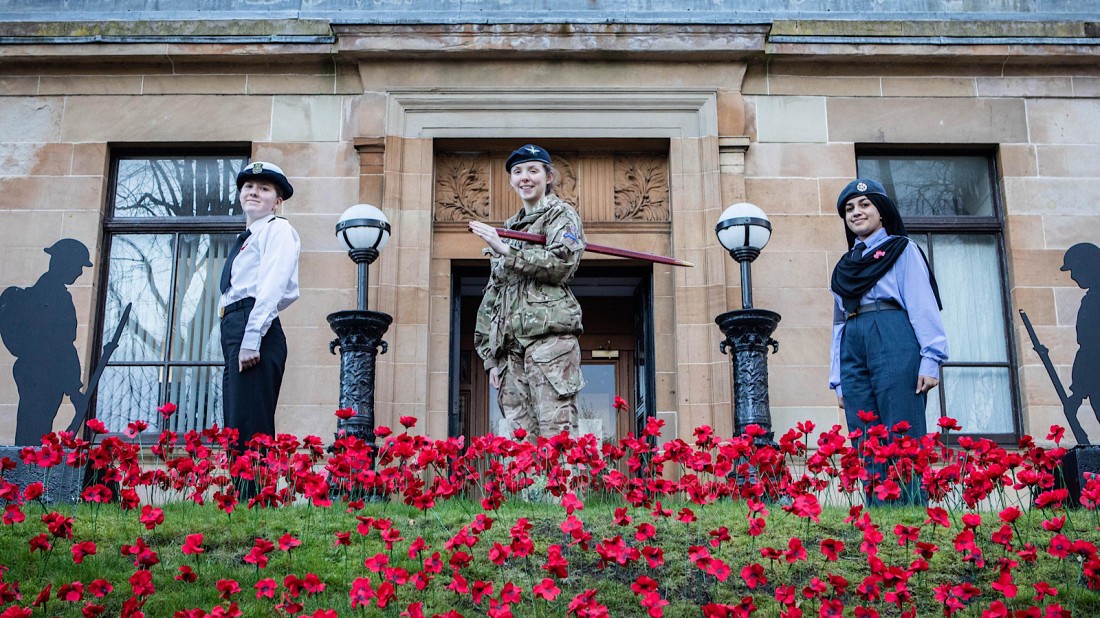 Poppy Graham says she is honoured to be leading her schools’ remembrance commemorations.

Not only is her name fitting, but the 17-year-old is the first ever female regimental sergeant major at Kelvinside Academy in the West End.

She was joined by Amanda Reid and Ushna Waseem, who have also been appointed to senior Combined Cadet Force positions at the school.

More than 800 poppies have been planted at the school to mark the commemorations.

This year, Kelvinside Academy is also one of a handful of iconic locations across Scotland to ‘Light Up Red’ in support of Poppyscotland’s Scottish Poppy Appeal.

During the conflicts of World War One and World War Two, 177 Kelvinside Academy pupils fought and lost their lives.

In recognition of their sacrifice, Kelvinside Academy is a War Memorial School.

The school also has its own Cadet Force with Royal Navy, Army and RAF sections. 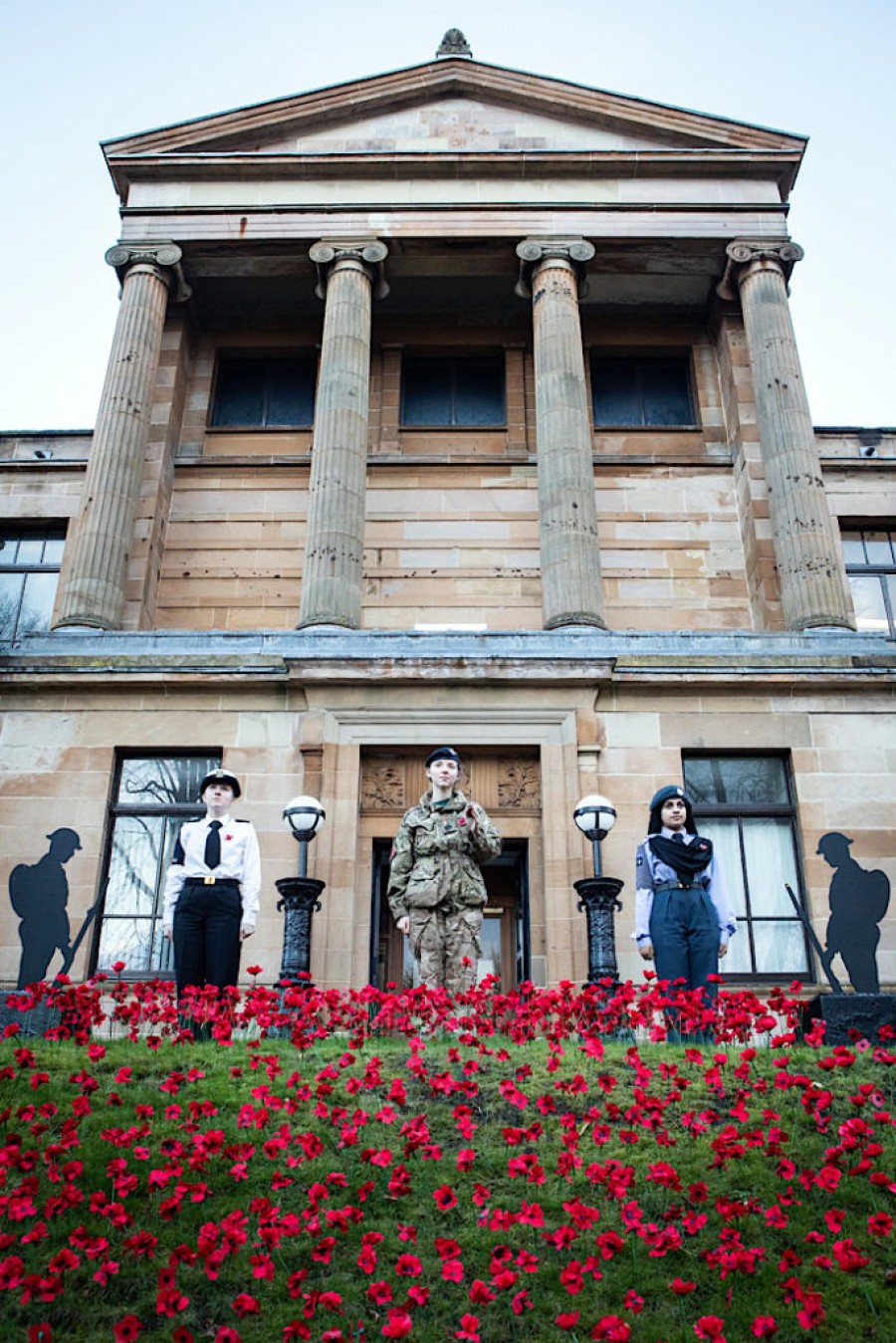 Rector of Kelvinside Academy, Daniel Wyatt, said: “We truly value our military connections and operate one of the largest CCF programmes in the country, supporting our boys’ and girls’ character education and leadership development superbly.

“The commitment and bravery of the Armed forces is close to our hearts and plays a significant part in our identity and history.”

The school is the first school in Scotland to officially sign the Armed Forces Covenant.

The initiative provides existing and past members of the armed forces with access to jobs, financial assistance, education and well-being support.

Poppy Graham said: “Gratitude, discipline and togetherness have been incredibly important this year.

“By taking time to honour and remember those pupils at our school who came before us and made the ultimate sacrifice, we have learned valuable lessons and gained real perspective. 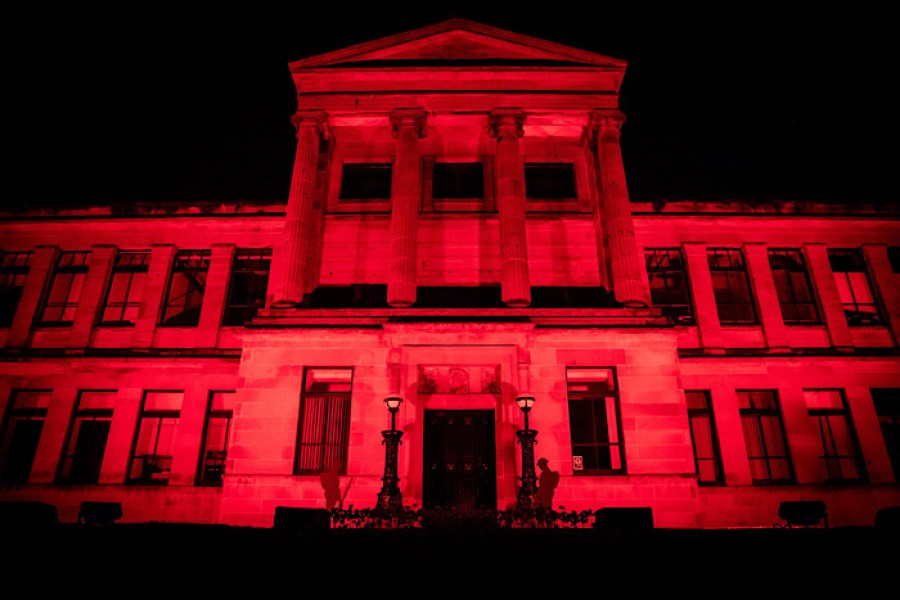 Kelvinside Academy is part of the ‘Light Up Red’ campaign in support of Poppyscotland’s Scottish Poppy Appeal.

“Since joining the CCF unit at Kelvinside Academy in S3, I’ve learned so much about the sacrifices our armed forces make.

“We are forever indebted to the pupils just like us who lost their lives during World War One and World War Two.”

Kelvinside looks to Scandinavia as classrooms get makeover

Victorian classroom thinking has been replaced with a collaborative, pupil-focused approach.

'In lockdown, motivation has slowly dwindled into oblivion'

Young people write about life and the challenges of school and learning during the pandemic.

Dan Wyatt believes other schools should follow the Kelvinside model.