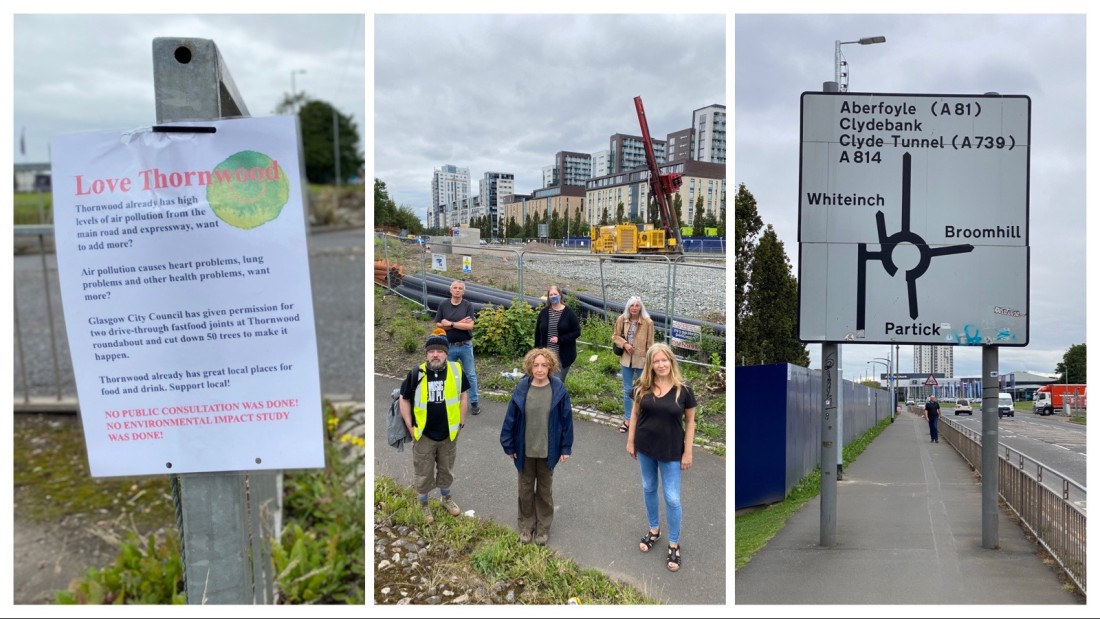 Glasgow has got its messaging wrong ahead of the COP26 climate talks, according to residents who are fighting plans for two ‘drive-thru' takeaways on their doorstep.

A campaign group was set up last month to stop Starbucks and Burger King opening up on land at Castlebank Street and Sawmill Road.

The site is adjacent to the Clydeside Expressway and Dumbarton Road, and just off Thornwood Roundabout - one of the busiest interchanges in the west of the city.

It is just two miles away from the SEC campus where world leaders will attend crucial climate talks in the autumn.

A petition with more than 250 names says: “The addition of a drive through at Thornwood Roundabout will bring more concerns to an already vulnerable environment.”

Around 40 trees have been removed as part of the preparation works for the restaurants, according to residents.

And campaigners have recently launched a Facebook group and are trying to garner local political support.

MP Carol Monaghan and Cllr Feargul Dalton are among representatives who have objected to the plans.

But it is not clear whether the campaign coming now will be too late to stop the plans. 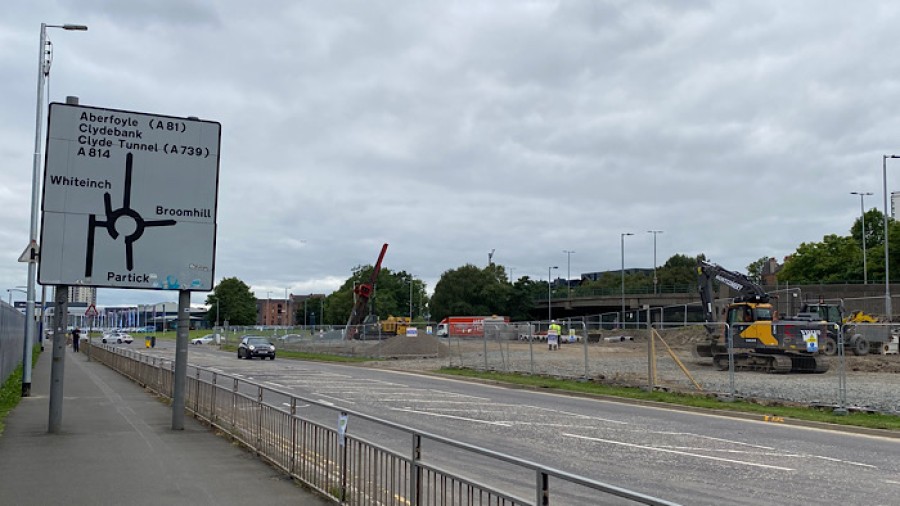 The site on Castlebank Street is by the Expressway and Dumbarton Road. 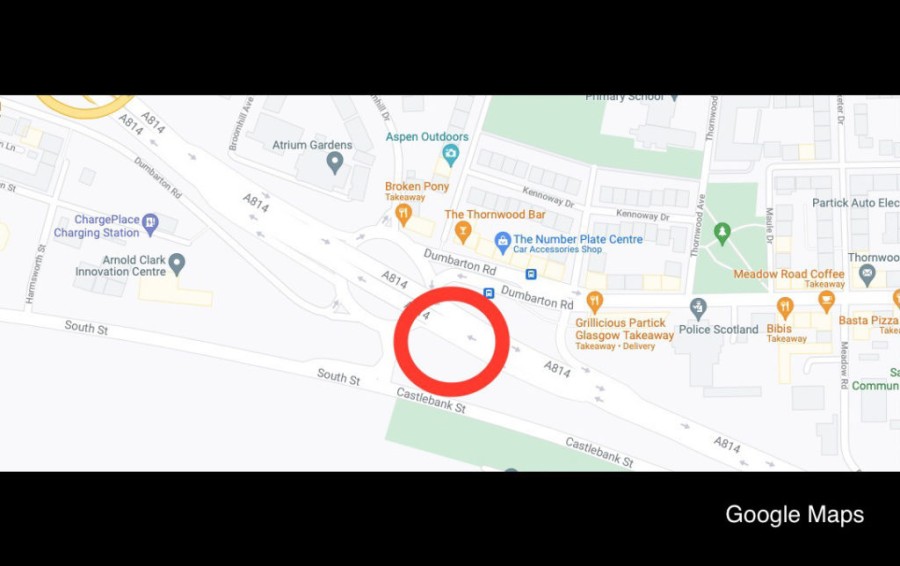 Permission for a drive-thru takeaway at the site was granted last year.

That scheme had KFC and Starbucks as the tenants.

But a revised application was needed when the tenants changed to Starbucks and Burger King.

A decision by city council planners is still pending but the developers say the new scheme is smaller than the original and will see more trees planted than have been taken out.

The city council, meanwhile, has said it plans to plant 18 million trees across the city over the next 10 years to tackle climate change.

It also makes big play of its investment in cycling and walking routes to get people out of their cars.

Love Thornwood spokesman Shaun Conroy, however, said local people felt they had not been consulted.

Shaun said: “A national effort of planting trees to combat climate change should not be used as an excuse to protect the environmental irresponsibility of multi-national businesses.

“We welcome the cycle routes, but cyclists, parents with their children and pedestrians all need protection, not only from the physical damage cars can do, but from their toxins, the negative affects of continuous noise pollution and the potential dangers of bacteria from discarded litter.” 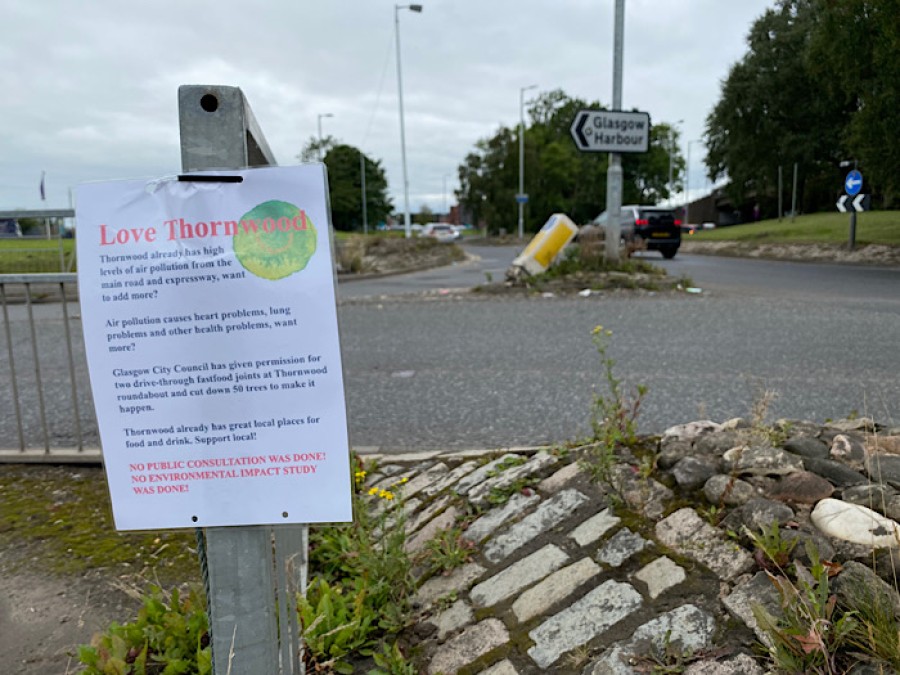 Campaigners have requested information about road accidents at the roundabout, fearing that further development will increase risk to safety.

Shaun said a Freedom of Information request was also in to Glasgow City Council’s planning department to ask what the statutory processes were, and whether all the appropriate local bodies were consulted.

The applicants did not have to notify neighbours because the site is set more than 20 metres away from the nearest home.

Shaun said: “There are some good initiatives for Glasgow such as the Low Emission Zones, but that is just confined to the centre of Glasgow.

“We cannot even open our windows because of the levels of pollution.

“With the COP26 coming here, this is at best a mixed message when we are looking to improve our living conditions and our environment.

“This drive-thru flies in the face of that.

“The litter pollution is utterly disgraceful at this location already.

“Unfortunately, some of the drivers using the area do not take responsibility and cast their rubbish in to the street.” 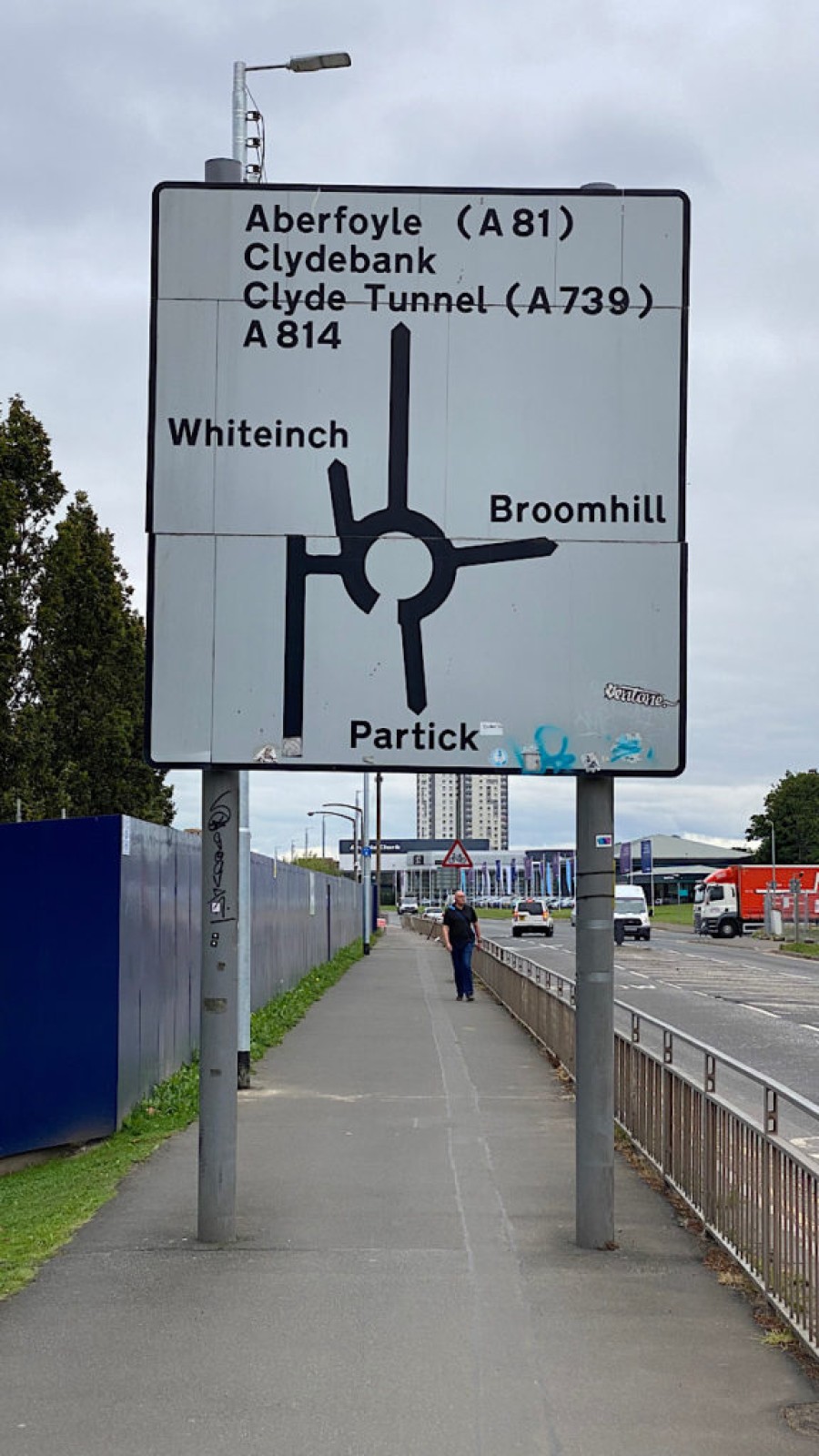 A busy part of the city and close to the climate talks.

“With the Dumbarton Road corridor you’ve got 60 buses an hour constantly, and constant cars.

“The pollution levels are already high.

“Behind us we have got the Expressway which is going all night.

“From our bedrooms, you hear it all the time, it never stops.

“So, the idea of adding cars and taking away trees, which are cleaning the air, in the run-up to COP26 is very ironic, and very antithetical to what they said they are about.

“They shouldn’t be doing it, it’s disgraceful.”

The land is owned by Peel L&P and is being developed by Glasgow Harbour Developments Ltd.

With the COP26 coming here, this is at best a mixed message when we are looking to improve our living conditions and our environment

Brian Lavalette, Peel L&P’s property director for Scotland said: “Our partner has started site preparation works on a brownfield site at Glasgow Harbour which is part of the overall masterplan for the area that has been identified for development and we had received planning permission for the drive thrus.

“The development, which will support approximately 50 local jobs, is a reduced scale version of the originally consented scheme and includes planting 30 trees - more than those that have had to be removed, some of which were interfering with local utilities.

“The scheme will also benefit from electric vehicle charging points.

“The site forms part of Peel L&P’s wider vision for the area to create hundreds of new homes and become a key retail, leisure and tourism destination on the Clyde which already includes over five acres of public realm.”

A spokesman for the applicants said: “Planning permission for the erection of a drive through cafe, drive through restaurant, access roads, parking, open space and landscaping, was approved by Glasgow City Council on October 20, 2020 with the current application being an amendment with less floorspace.

“As such, the proposal before the council will produce less traffic and less pollution than what is already approved.” 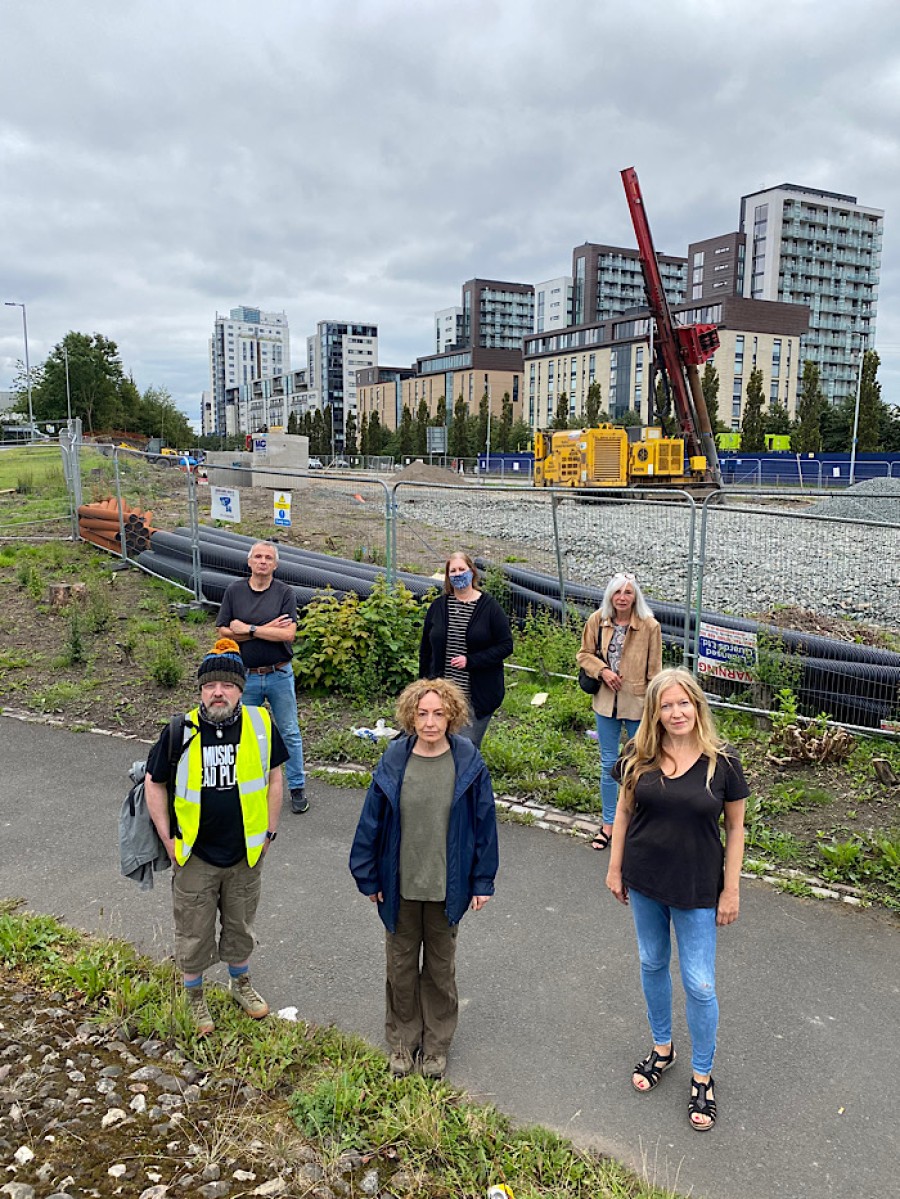 Local people set up Love Thornwood to oppose the drive-thrus.

A Starbucks spokeswoman said: “At Starbucks, we are proud of our teams’ involvement in the local communities we serve in, and we aim to provide a warm and welcoming environment for all.

“All our drive thru stores do regular litter picks throughout the day and work closely with local stakeholders to ensure robust cleanliness plans are in place.”

Statutory consultation on the current application expired on March 26.

Applications go to the committee if more than five objections are made.

A council spokesman was not able to say this week if or when the current scheme would be going to committee.

Schemes that receive no objections are usually determined by a planning officer through ‘delegated authority’.