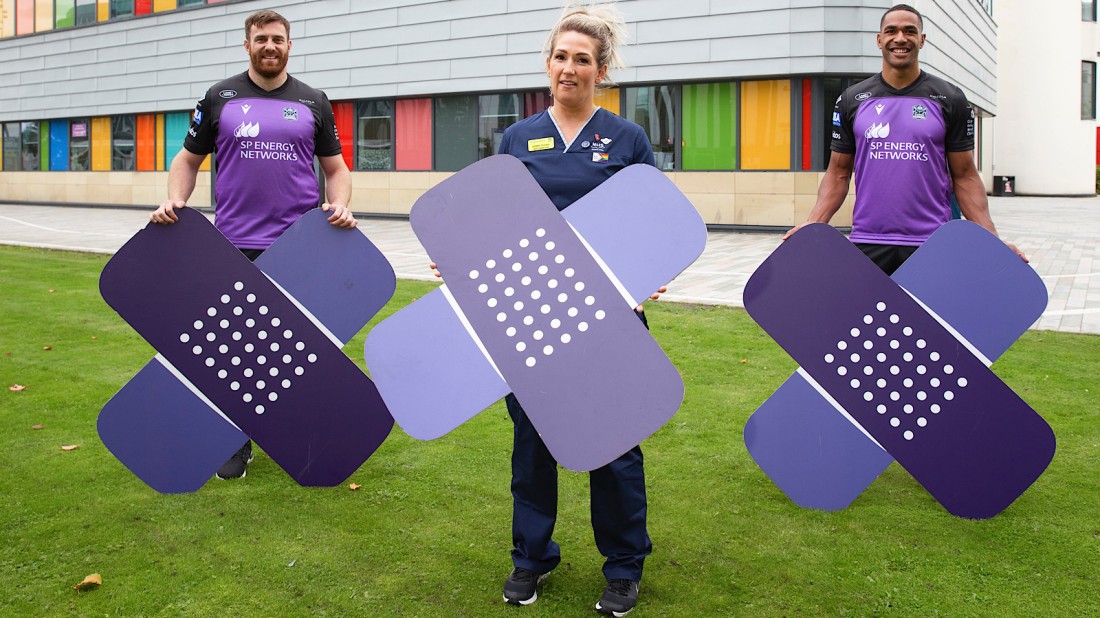 Rugby side Glasgow Warriors have dedicated one of their biggest fixtures of the season to charity.

The Scotstoun team will be going all out to raise money for Glasgow Children’s Hospital Charity when they take on top side Leinster later this month (Friday 22 October).

The special evening is part of the club’s Plaster It Purple campaign.

And the United Rugby Championship side say the occasion has been more than a year in the planning.

Supporters are being encouraged to wear purple as the Warriors raise money and awareness for the charity.

Players will wear the colour on the night while flourishes of purple will be around the stadium.

Official kit sponsors Leidos has created a special warm-up jersey for the team.

“The boys are really excited to be able to get behind Glasgow Children’s Hospital Charity for Plaster It Purple.

“It’s a great cause and it’s one the squad are always up for supporting.

“We’ve been planning this event as a club since early 2020, so it’s been a long time in the making!

“It’s going to be exciting to have everyone back in the building, packing out Scotstoun and showing their support – hopefully we can raise as much as possible for a fantastic cause. 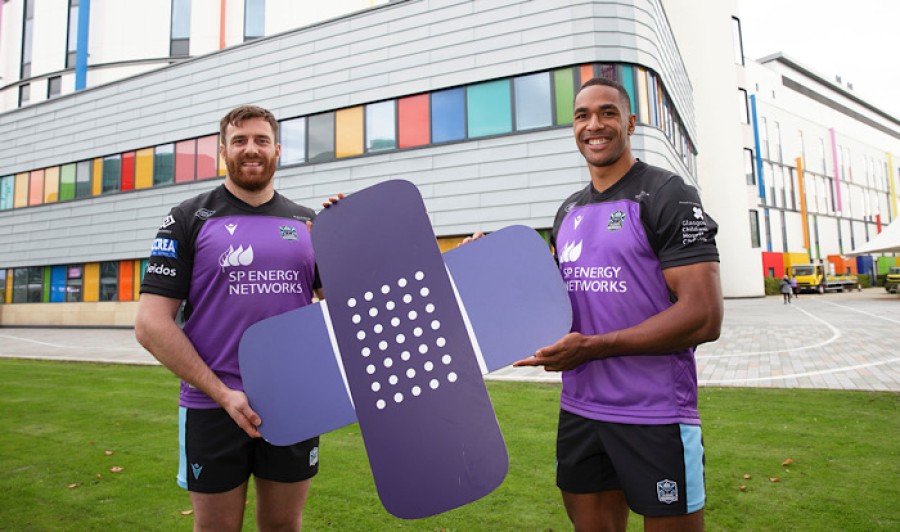 “To have it at one of our biggest fixtures of the year is also huge.

“Leinster have been one of the top teams in the league for so long and we love going up and testing ourselves against them, and this just gives us an extra incentive.

He said: “We are delighted to have Glasgow Warriors continue their generous support with this Plaster It Purple charity match.

It’s going to be exciting to have everyone back in the building, packing out Scotstoun and showing their support – hopefully we can raise as much as possible for a fantastic cause

"We rely entirely on fundraising and donations to ensure that we can be there for seriously ill children in hospital with our life-changing projects and support services.

“And we can’t wait for the big event which will help to raise awareness of and funds for a cause so close to the hearts of many players and fans."

Glasgow Warriors managing director, Al Kellock, said: “In the coming weeks we want to raise as much money and awareness for our charity partner, Glasgow Children’s Hospital Charity.

“Dedicating a night at Scotstoun, on one of our most popular fixtures in the calendar, allows us as a club and the entire Warrior Nation to show our support to the to the kids that the hospital looks after and appreciation to their staff and the families affected by their work, particularly after the challenges of the past 18 months.

“The night is set to be a very special occasion and we look forward to welcoming the Warrior Nation.”