Concerns had been raised that mature trees were being taken down contrary to planning conditions attached to the site.

Campaigners have won a reprieve in tree felling operations at a contentious development site.

Activists had occupied the site the previous day bringing the felling to a halt. 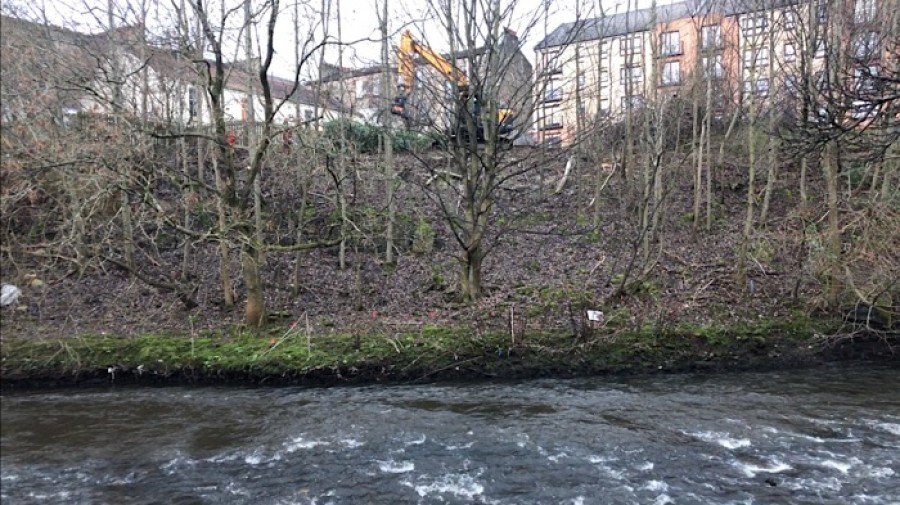 Down: A number of trees have been removed by developers at the site

Concerns had been raised that mature trees were being taken down contrary to planning conditions attached to the site.

Police were called by the developers to negotiate a way forward.

Queensberry Properties, which has permission to build 45 apartments and four townhouses, maintains the works were "in accordance with current planning consent".

Local residents and activists feared a wildlife corridor along the River Kelvin was at risk.

Council enforcement officers have now put a block on the felling activity. 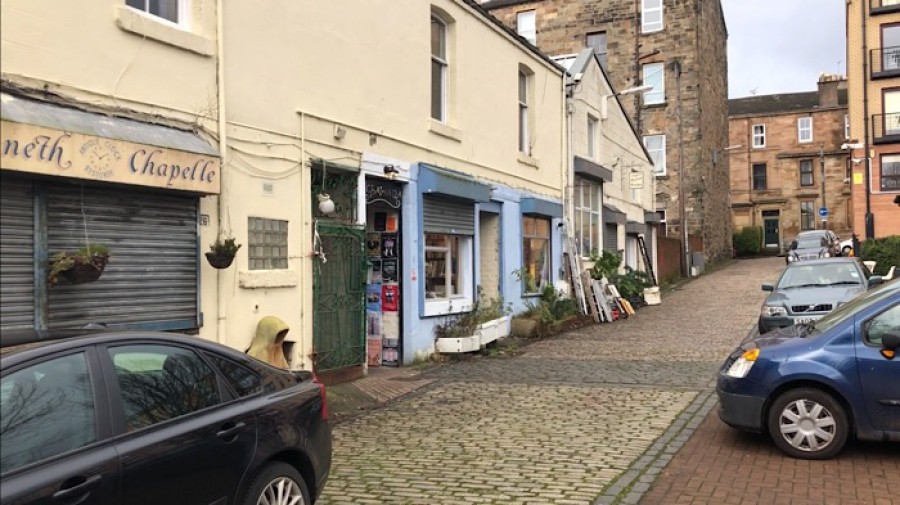 Opposed: Traders and residents in Otago Lane have been opposed to the development

A notices says the felling is "detrimental to the visual and environmental amenity of Otago Lane".

It adds: "It is expedient that all activity is stopped to enable the city council to investigate the matter further".

Anyone carrying out works prohibited by the notice is open to unlimited fines on indictment, the notice warns.

The notice prevents any works being carried out for 28 days from the date of issue.

A council spokesman said it was being served "as the developer has not yet met the pre-start conditions to carry out development of any nature on the site".

Glasgow West End Today understands the developers may not be allowed to remove the trees even if conditions are met. 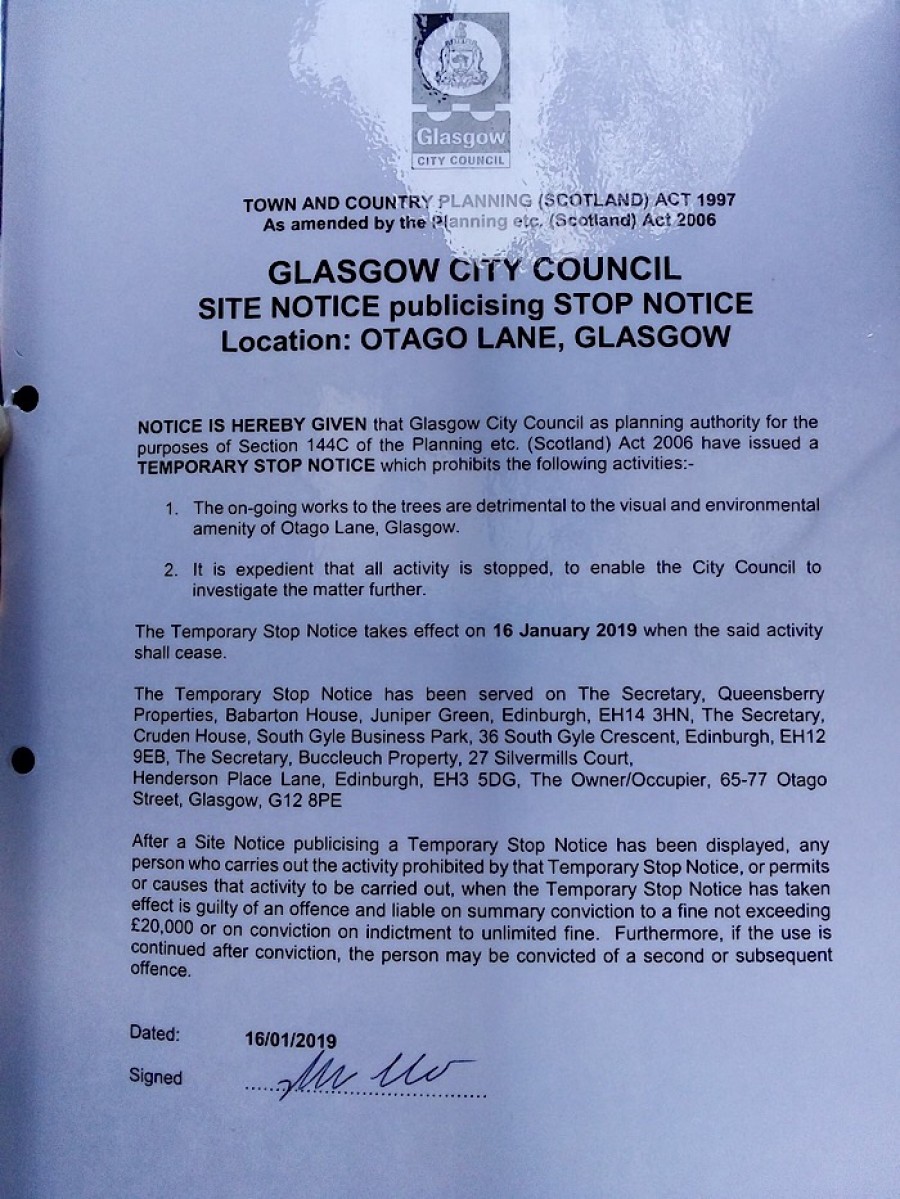 Notice: The temporary stop order served on the developers in Otago Lane

A Facebook post on the Save Our Lane page reads: "A success, thanks to all who have supported the campaign.

"However, this is might well be a stay of execution.

"There is no end period of this stop notice, and we understand it can last for only up to 28 days.

Sandra White said: "This is welcome news and a victory not only for the community but common sense.

"I look forward to dialogue between GCC regarding this application which has caused much distress for locals for too long."

The site has been at the centre of controversy since plans were first submitted seven years ago.

More than 3,000 letters of objections were lodged with the council. 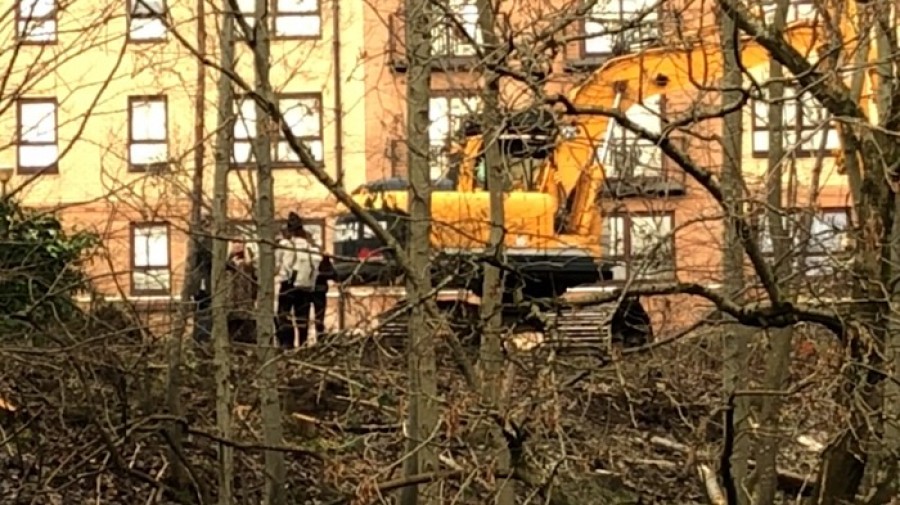 Fraight: The site has been the centre of controversy since plans were first submitted seven years ago

Queensberry Properties Limited, a joint venture between Cruden Homes (East) Ltd and the Duke of Buccleuch - one of Scotland’s biggest landowners - bought the site last year.

An environmental report done as part of the planning process said wildlife in the area included kingfishers, herons and dippers.

Even otters have been recorded in the river.

A spokesman for Queensberry Properties said: "We have been carrying out works on site at Otago Lane in accordance with our current planning consent.

"However, acknowledging the level of public interest in the development, we have mutually agreed with Glasgow City Council to temporarily suspend activity from today (Jan 16) in order to continue our ongoing positive discussions with Council planners.

"A temporary stop notice has been issued to this effect.”