The suspects are both described as white men who spoke with an Eastern European accent.

Detectives investigating an attempted murder in Maryhill have issued an image of the dog targeted in the attack.

A 29-year-old man was walking the distinctive black Cane Corso dog - also known as an Italian mastiff - when he was approached by two men who attacked him and attempted to take the pet from him. 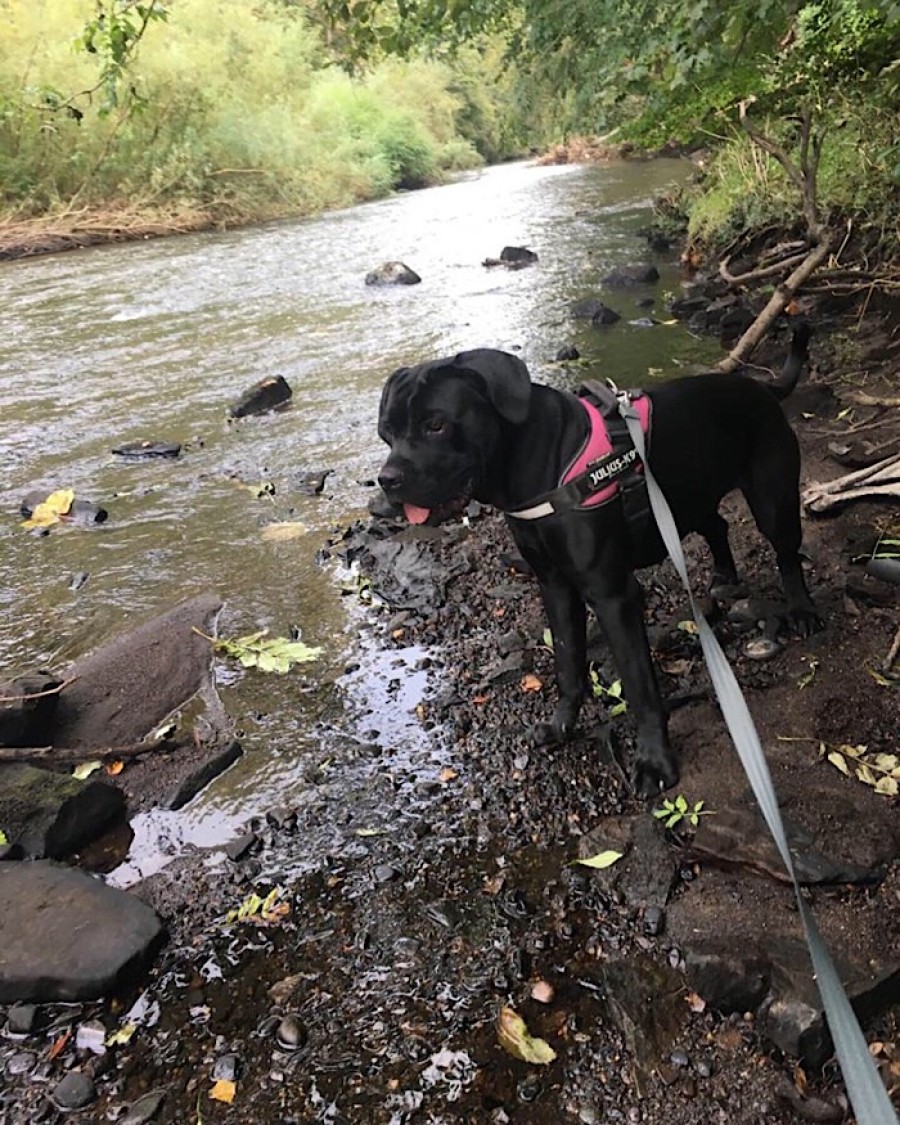 Beau was targeted by two men who attacked his owner

The victim was taken to the Queen Elizabeth University Hospital where he continues to be treated for his injuries.

The one-year-old dog named Beau was not hurt and officers have released an image of him as they continue to appeal for witnesses to the incident.

The suspects are both described as white men who spoke with an Eastern European accent.

The first man was aged in his forties, around 5ft 7ins tall, of stocky/muscular build with short dark hair.

The second man was younger, aged in his twenties and around 5ft 10ins tall.

He had longer dark-coloured hair that was shorter at the sides, was clean shaven, and was wearing a dark coloured jacket, light-blue dirty denim jeans and similar rigger-type boots.

Detective Sergeant Alistair Donaldson of Maryhill Police Station said: “We hope that by issuing a photo of Beau someone may recall seeing him with the victim in the Dawsholm Park area on Tuesday morning and will come forward to assist with our inquiries.

“We are particularly keen to speak to anyone who may have captured the victim and the dog prior to the attack, or the incident itself, on private CCTV or dash-cam and would ask anyone in the area to check their systems between 7.30am and 8.15am on 24th September and provide any footage to us.

“I would also urge dog owners and members of the public using the park to be vigilant and report any suspicious behaviour to police as soon as possible.

“The victim continues to receive medical treatment for his injuries and I would urge anyone who can help us identity and trace the men involved to contact police immediately.”

Those with information should contact Maryhill Police Station on 101 and quote reference number 0481 of 24th September 2019. Alternatively an anonymous report can be made to Crimestoppers on 0800 555 111.