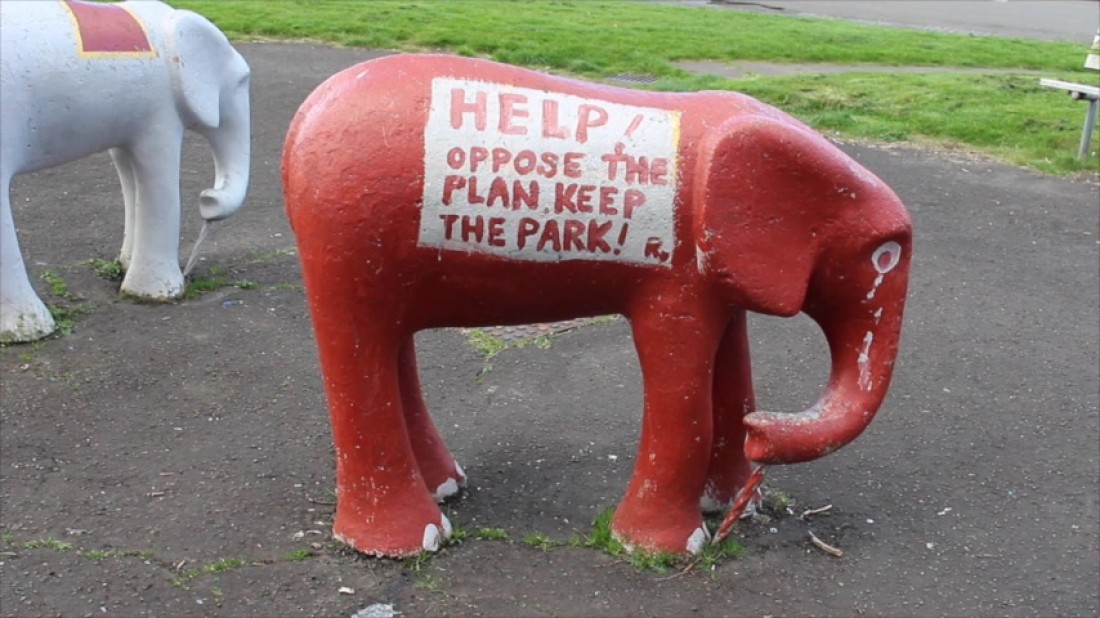 Residents in Maryhill are to form a campaign group in their fight to protect a valued green space near their homes.

Local people fear the open area - dubbed Elephant Park because of two concrete elephant statues on the land - could be lost if the site is sold with the adjoining former Shakespeare Street School building.

The space is used by children, youth groups and elderly people to walk, play and exercise their dogs.

Campaigners welcome new homes being built on the vacant school site but have called for the open land to be spared and kept public.

They say the area's local plan has designated the open space as a "new park".

At a public meeting on Wednesday (April 27) night residents in the Shakespeare Street area of the city agreed to form the Elephants Park Association to better tackle the threat to their prized open space.

Local resident and spokesperson Katinka Csizmadi said the campaign was bringing the community together to protect the green space.

She said: "We agreed to set up the Elephant Park Association. The purpose of it is to safeguard the open space called Elephant Park for the community.

"After, we created a list of supporters. Each of us had very different sets of talents which will help our cause immensely.

"People volunteered for different projects such as writing letters to the council offices, organising events for the community and getting more people onboard."

The association will next meet on May 11  at 7.00pm in the Youth Club on Shakespeare Street, which has kindly offered the group space to meet and host events in the future.

"The community is not against development or progress. I think this school has been sitting empty for at least the last decade or more, and we would love to see it in use.

"We are just opposed to the sale of this patch of land because in the area's local plan it is marked as a "new park".

A Glasgow City Council spokesman said: “This site is subject to a live planning application at present and it would be therefore inappropriate to comment in any great detail.

"The developer has been made aware of the representations received and will be working with his design team to take these on board and shape amendments.

"All representations received will be considered by the planning authority in its deliberation and a recommendation will be made to the planning applications committee in due course taking account of all matters material to the consideration of the application."