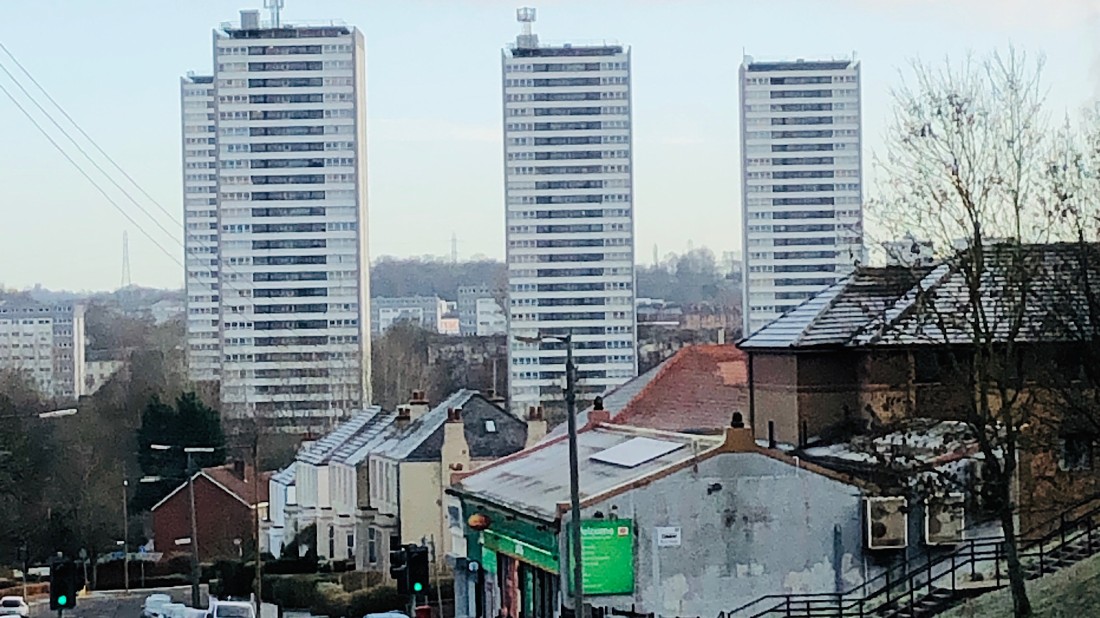 Residents say they have been shocked to learn of plans to demolish their high-rise homes.

Letters were sent out this week to hundreds of people living on the Wyndford estate in Maryhill.

Residents were informed that four of the five tower blocks - prominent landmarks on the Glasgow skyline - would be demolished under regeneration plans.

Landlord GHA described the move as a “£54m transformation of a Glasgow community”.

A brochure sent to homes talked of “a bright new dawn for Wyndford” and how a “new Wyndford is taking shape”.

But residents say the letter was the first anyone had heard about the plans.

They said the tone and language used suggested demolition was a done deal and that any talk of consultation was empty.

Wyndford Tenants Union said many residents had not received the letters and many were unaware of the plans before the move was press released by GHA.

Resident and union member Greum Stevenson said there was anger and a public meeting had already been planned for next month.

“I think it’s quite predatory how the message has been put over in a really positive way.

“A lot of the people here don’t have English as their first language and they won’t understand what they are being told. 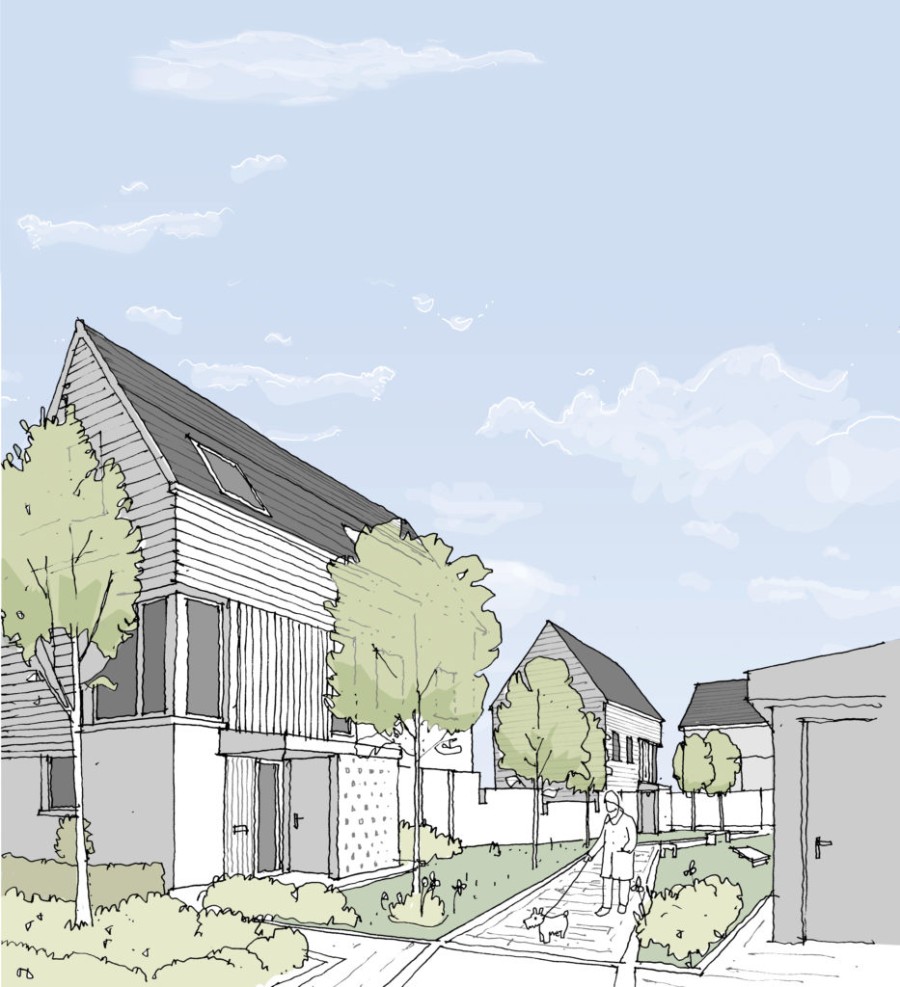 How the new homes will look. Photo: GHA.

“Essentially, what we are receiving is a nicely, and expensively-produced brochure telling you how great it is that you are being kicked out of your home. It’s a joke.”

Greum said residents were not convinced by the argument the towers were no longer fit for modern-day living.

He said people believed communal areas had been purposefully allowed to deteriorate in recent years.

But many believed the buildings were still sound and capable of being improved with new windows and doors.

“They say as structures it is difficult, if not impossible to make them energy efficient.

“Well, we say, how about just double glazing the windows?

"My living room is really cold because of broken window seals. But when it comes to energy efficiency in my bedroom, I never have to turn on the heating even in the coldest days of winter.

“The brochure they handed out read like a parody, it was almost like satire. It really is comical.”

He claimed new electrical wiring, kitchens and hot water heaters had been fitted in the last two years but the buildings were now being deemed unsustainable.

Greum said residents from each of the blocks affected had met to discuss the letter and demolition proposals. 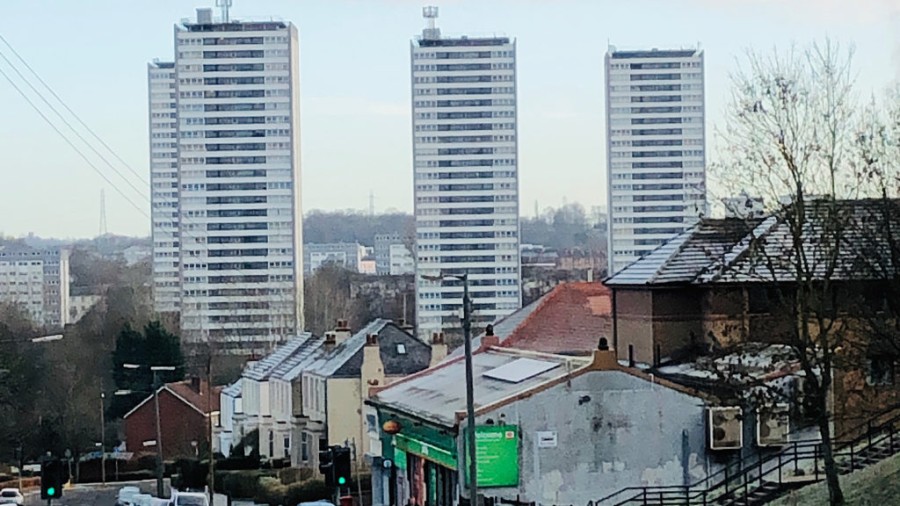 Prominent landmarks on the Glasgow skyline.

“We are going to create and distribute a flyer showing our opposition to the plans and inviting residents to a public meeting on December 4.

“We will follow up the flyers by chapping on doors and hearing first hand responses from residents.

“We also need to find out how many flats are occupied, and how many people are living in each flat.

“We will be submitting planning requests to find out more about the unsubstantiated claims GHA is making.”

Earlier, GHA sent out a press release that said an eight-week consultation with tenants had now started.

It said if given the go-ahead, the proposals would see GHA, part of Wheatley Group, "kick start one of Scotland’s biggest regeneration projects in recent times".

The plans and the demolition of the towers would see hundreds of new energy-efficient affordable homes built in the community.

GHA said the four blocks - Nos  120, 151, 171 and 191 Wyndford Road - comprise bedsits and one-bedroom flats, and have low levels of occupancy and high rates of turnover.

GHA said tenants in the affected blocks would be given a choice of another home in the area or in "another Wheatley community".

Tenants who wish to return to Wyndford after redevelopment would be given priority to move into existing homes or one of the new properties.

GHA chair Bernadette Hewitt said: “It’s important the tenant voice is heard at every stage of the process as the community’s views and feedback will directly shape and influence the proposals.

“Tenants in the four blocks identified for demolition will be fully supported to find alternative homes in areas of their choice.”

“Essentially, what we are receiving is a nicely, and expensively-produced brochure telling you how great it is that you are being kicked out of your home. It’s a joke.”

It would also install new outdoor lighting for safety and create communal allotments.

Electric car charging points and new bike stores would be installed along with new community artwork to “record the history of the area”.

A GHA spokesman said: “Earlier this year, tenants voted overwhelmingly to become part of GHA and these proposals included plans to kickstart a massive regeneration of Wyndford communities.

“We are visiting all tenants living in Wyndford to discuss the plans face-to-face and can offer translation services or interpreters if a customer needs them.

“As we’ve stated in the plans, the proposals would see us build hundreds of new energy efficient homes on the land as part of the regeneration.

“We are working with Glasgow City Council on plans for an enhanced community facility for the area and we welcome ideas on what people living there would like to see.

“It is an absolute guarantee that we will rehouse all tenants either in Wyndford or another area where we have housing stock of their choice and we will work with them on a one-to-one basis to work through the options.

“We will work with our tenants to answer any queries they have and we urge all tenants in the area to tell us what they think of these plans by 14 January.”