A developer had wanted to build a seven-storey complex

A West End community is celebrating after seeing off plans for an 'apart-hotel' on its doorstep.

A developer had wanted to build a seven-storey complex in Fergus Drive.

Residents in North Kelvinside had raised 400 objections to the plans.

The proposals would have provided short-stay accommodation for up to 90 days - a form of short-term let booked like a hotel stay.

But residents said the plans were totally out of character and scale with the tenements and surrounding area.

John Hancox, who campaigned against the plans, told Glasgow West End Today there was relief at the outcome. 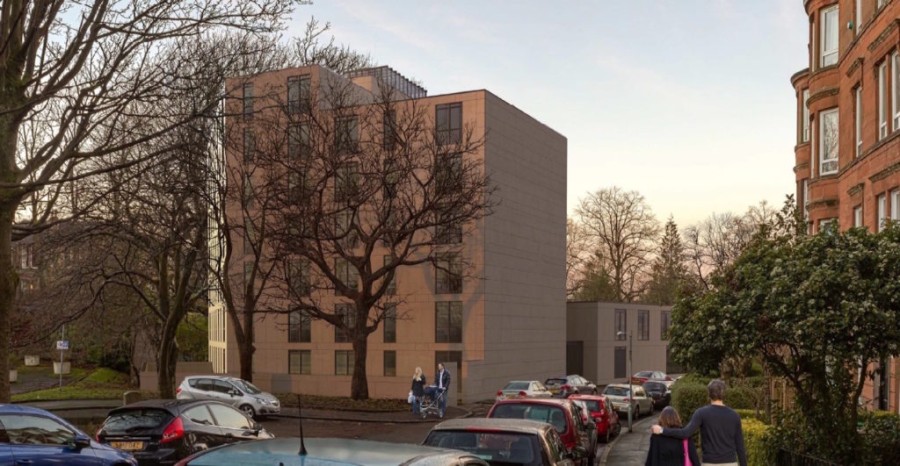 Claim: Developers said the apart-hotel would be a boost to tourism

"We are very relieved.

"It was quite worrying what was proposed.

"It was a very large building and it would have had a big impact on many people living in the surrounding area.

"There was a big reaction to the plans from the community - with 400 objections lodged.

"We had great support from Ann Laird (Friends of Glasgow West) and a lot of people worked very hard to get to this point.

"We are grateful and very relieved." 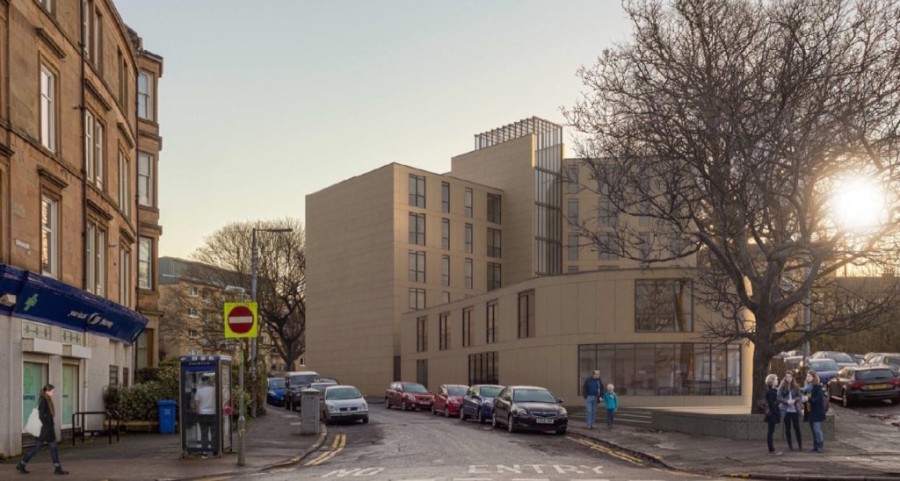 Victorian: Objectors said the design and size of the building was out of keeping with the conservation area.

The proposed development of 77 serviced apartments also came with a ground-floor cafe.

Friends of Glasgow West said the plans, if approved, would "severely detract from the unique local character of the Victorian tenements and villas of North Kelvin".

Objectors said the building was far too big and would ruin the local setting.

They used the #muchtoobig hashtag in their campaign.

CMM Architects, who were involved in drawing up plans, argued the development would "augment" tourism. 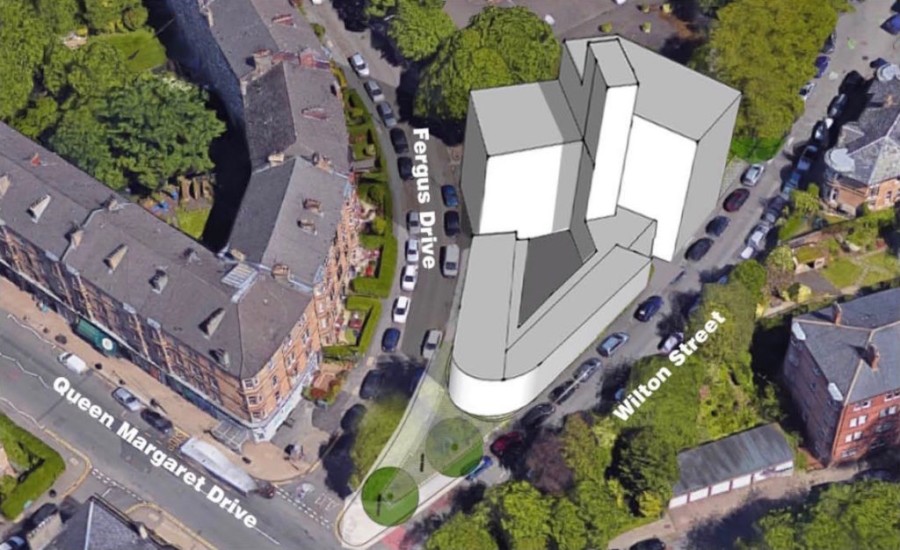 Location: the proposals were in the heart of the West End

Planners rejected the proposals on a number of grounds.

They said it would "result in the unacceptable and unjustified loss of mature trees from the site".

Its scale "would form an incongruous and obtrusive feature in the streetscape", they said.

And "the proposed building is out of scale with adjacent buildings, insensitive to established building lines and development patterns".

"In turn, the proposal would detrimentally affect the open, leafy character of the Glasgow West Conservation Area, and the setting of surrounding listed buildings", planners said.

"The vast majority of constituents who contacted me were firmly opposed to these plans, and I'm glad the Council has listened to their concerns."