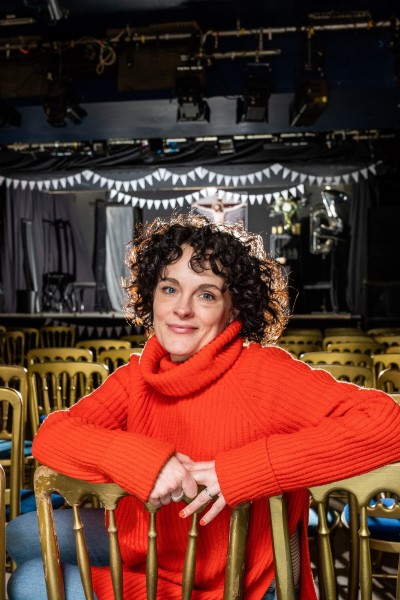 Jemima Levick, artistic director at Play, a Pie and a PintJohn Young

Three-month run of drama kicks off on September 5

A global feast of theatre is in store for audiences at Play, Pie and a Pint.

The Autumn Season at the award-winning lunchtime pub playhouse has just been announced.

From Hungary to China, through Canada, Pakistan and France, A Play, A Pie and A Pint is travelling the world.

The upcoming programme features a live broadcast from Palestine as well as the Scottish premiere of He Who Opens the Door by Neda Nezhdana – Ukraine’s leading playwright, currently in exile in the country’s West. 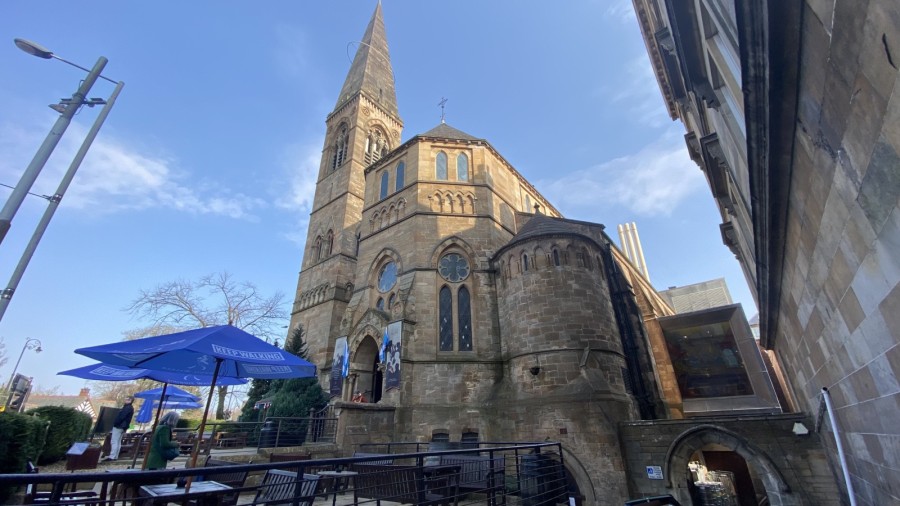 Òran Mór is set to transport audiences around the world

In all, 12 pieces of new writing make up a season co-presented with The Citizens Theatre, The Traverse, Aberdeen Performing Arts and Ayr Gaiety.

The drama kicks off on September 5 with Sally, written by the critically acclaimed James Ley (Wilf, Love Song to Lavender Menace).

Sally imagines a world where one actor’s soaring success as Sally Bowles is inextricably tied to the rise of 21st century, far-right populism.

Morna Pearson (Darklands, How to Disappear) adapts Molière and celebrates 400 years since his birth in the farcical, madcap Impromptu at Oran Mor.

Hilary Brooks (Sunshine On Leith, Glasgow Girls) and Clive King (Wee Free! The Musical) explore the midnight world of the remarkable and inimitable Kiki of Montparnasse in Kiki. 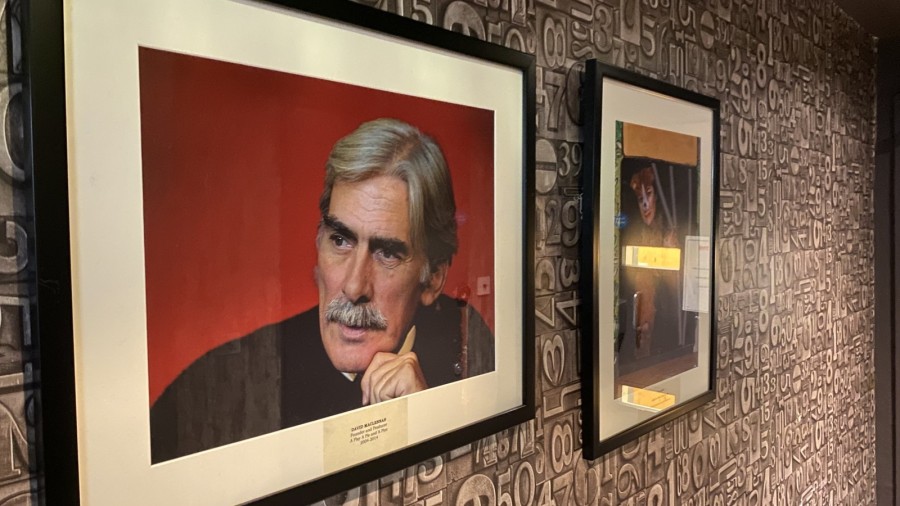 A portrait at Òran Mór of theatre founder David MacLennan, who died in 2014

And in The Prognostications of Mikey Noyce, Frances Poet (Fibres, Maggie May) invites us into a world where one hapless man’s premonitions may be the only thing standing between Britain and total ruin.

PPP says it is proud to platform global writers whose countries face invasion and occupation.

This season will see the Scottish premiere of He Who Opens the Door by Neda Nezhdana, one of Ukraine’s leading contemporary playwrights.

Translated by John Farndon, this black comedy, in which two Ukrainian women awake in a morgue – neither dead nor alive – reflects the limbo for many in Ukraine, caught between opposing forces.

Also in the season, Joe Douglas (Hello In There, The Cheviot, The Stag and the Black Oil) teams up with Palestinian performer Faisal Abu Alhayjaa (Showtime from the Frontline) in The Peace Piece, which addresses the century of volatile events since the Balfour Declaration and will feature a live broadcast from Palestine.

Now more than ever, as borders rise and isolationism takes hold, it feels important to tell stories from all walks of life, all over the world

Meanwhile, PPP’s annual search for the next big thing in Scottish playwriting reaches its finale.

In October, the three finalists from The David MacLennan Award will be announced.

The award aims to uncover new writing talent by providing first-time writers with the opportunity to have their work professionally produced, before being presented on stage at A Play, A Pie and A Pint.

Jemima Levick, artistic director at Play, Pie and Pint said: “Earlier this year, we told incredible stories from all over Scotland. This Autumn, we are telling stories from across the globe.

“Now more than ever, as borders rise and isolationism takes hold, it feels important to tell stories from all walks of life, all over the world – from women in Ukraine to a factory worker in China, by way of a 350-year-old French farce and a live broadcast from Palestine – this season is ambitious, exciting and has something for everyone.” 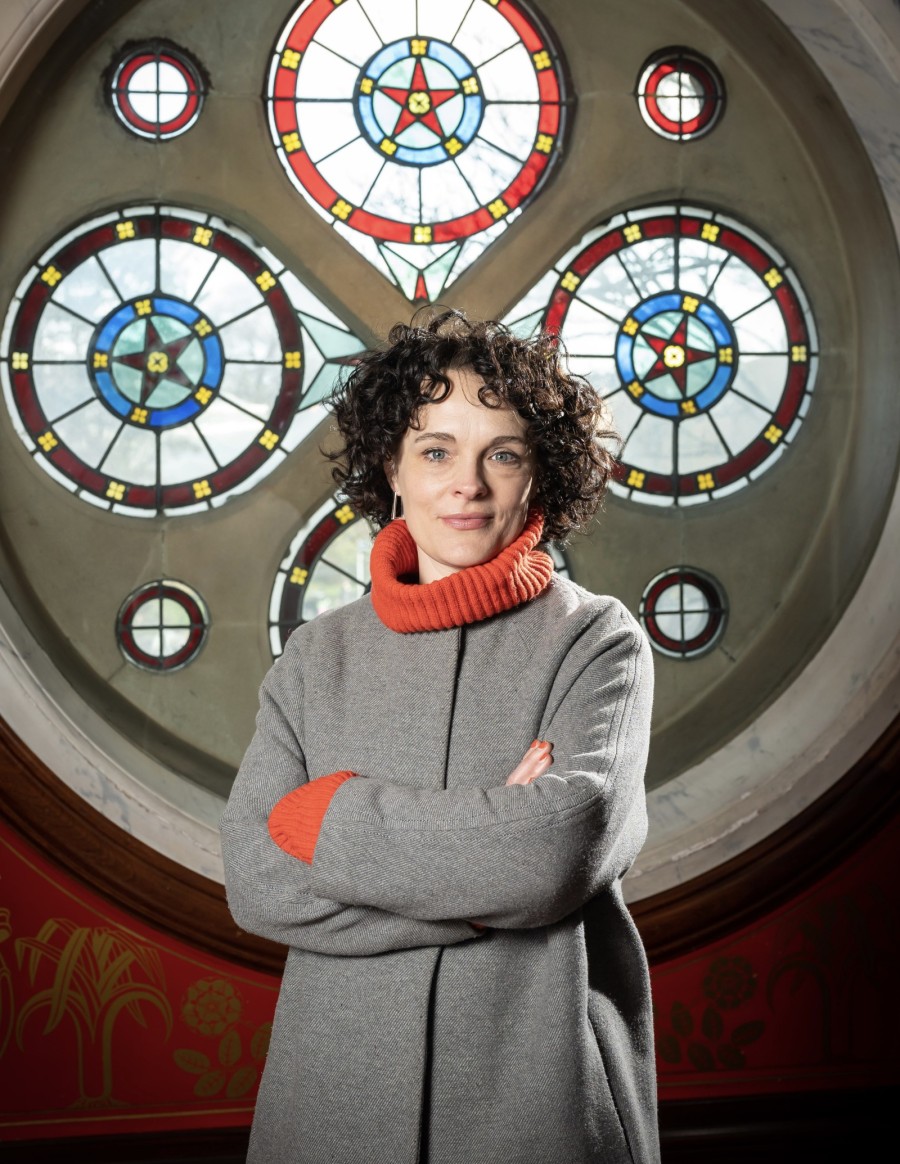 Jemima Levick: "This season is ambitious, exciting and has something for everyone.” Photo: John Young

Joe McCann (Things My White Friends Say) examines misogyny, politics and racism through the lens of an interracial couple living in Orbán’s Hungary in the dark comedy Alföld, a co-presentation with The Citz.

Alice Clark (BBC Scottish Voice 2022) draws heart-warming parallels between two women, worlds apart in Scotland and China in Made in China, which seeks to lift the lid on the West’s material and capital dependency on the East.

A Play, A Pie and A Pint will celebrate its 18th birthday this year, having been founded by the late David MacLennan in 2004.

It is the most prolific producer of new writing in the UK, producing 32 brand-new plays a year, alongside the wildly popular Oran Mor Christmas and Summer pantomimes.