The pub is having to reinvent itself in a new socially-distanced landscape.

A 'community pub' has welcomed outside customers after three months in lockdown.

And a steady stream of regulars and visitors enjoyed a socially-distanced drink at Dukes Bar on Old Dumbarton Road on its first day of outdoor trading.

Manager Jake Bevridge said it was good to be open again.

"Friends and regulars have been desperate to come down.

"And it's not because they want a bevvy - it's because they miss the chat and everything that comes with the bar." 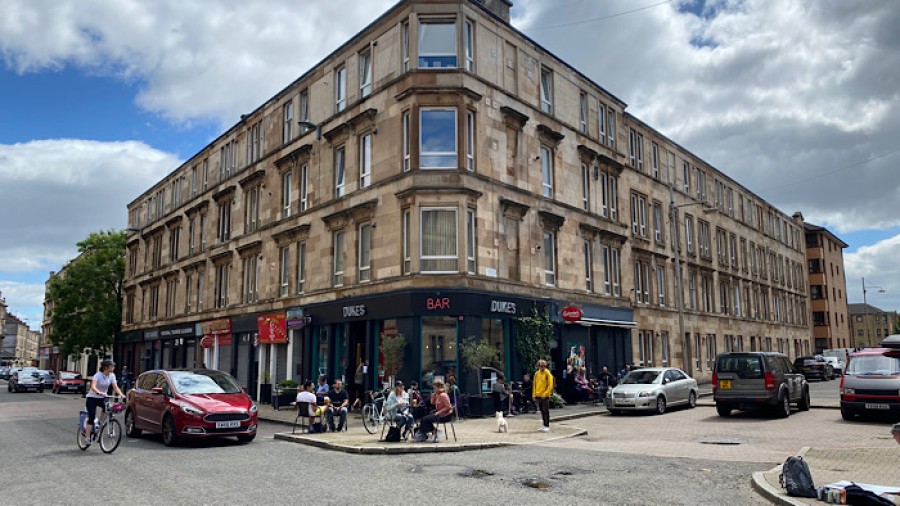 Dukes Bar welcomed a steady stream of regulars and visitors on Monday.

The pub is having to reinvent itself in a new social landscape.

Dukes is one of those Glasgow corner bars where its appeal on an evening is its tight spaces and friendly bustle.

It may be a little while before its music nights and open-mic events return.

For now, the bar is looking to a continental model of outside seating, coffees and light bites.

'Significant investment' has been made in a new coffee machine and outside awnings which will go up later this week.

Fresh food is also being made by Kitchenetta in Hyndland - with sourdough toasties, sausage rolls and handmade cakes and pastries on the menu.

Jake, who grew up within yards of the pub, said: "We're doing a few different things.

"Bars like ours have to think differently after what has happened.

Owner Tony MacHugh and his twin brother Ray bought the bar on the spur of the moment seven years ago. 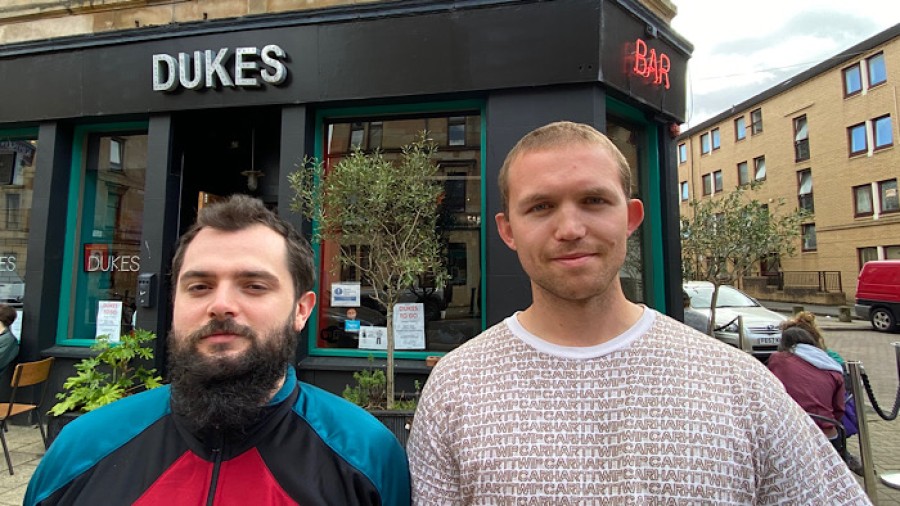 A fan of the rock band The Clash, Tony was taken by the venue's famous connections with the band.

Until recently, a plaque outside commemorated the night in May, 1985 when his idols played the tightly-packed venue.

"It's quite unbelievable that someone would take it down from the wall.

"It's hot property now and not the kind of thing you can easily get rid of.

"Me and my brother are big Clash fans - it was one of the reasons we bought the place."

Tony said he always had an idea to bring a cafe culture feel to the venue.

Covid-19 had helped to bring those plans forward.

"We were always going to do the coffee machine and the awnings.

"We have always been a pub with a good crowd of drinkers - but we wanted to bring something else in. 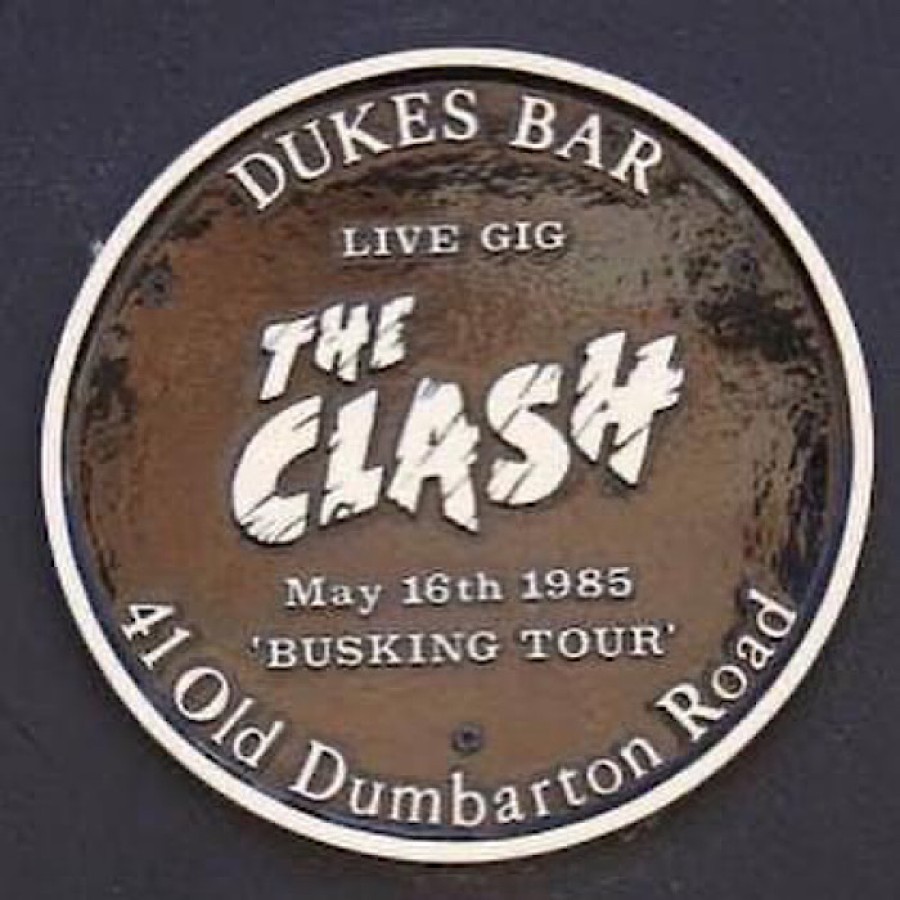 The plaque that was stolen from the outside wall of the pub some time in late June.

"But we're not gentrifying it, though."

And Tony tells the story: "My tables are from the running tracks of Kelvin Hall.

"A local guy made them up for me.

"He said 'surely you don't want them round?'

"I says they've got to be round - you get more people in.

"I always remember saying to the guy, remember we're Yorkhill, not Finnieston.

"And he gave them to me cheaper.

"I'd just meant that we weren't pretentious."

For now at least, customers don't seem to be minding a bit of cafe culture pretence on Old Dumbarton Road.

Staff said they had welcomed 250 customers by late afternoon on the first day of reopening.

Nice to see you back, Dukes, and let's hope you and our other favourite West End haunts return to a decent trade soon.

Zique's takes to the food stage at SWG3

The Partick diner is the latest to take up residency at the venue’s Acid Bar.