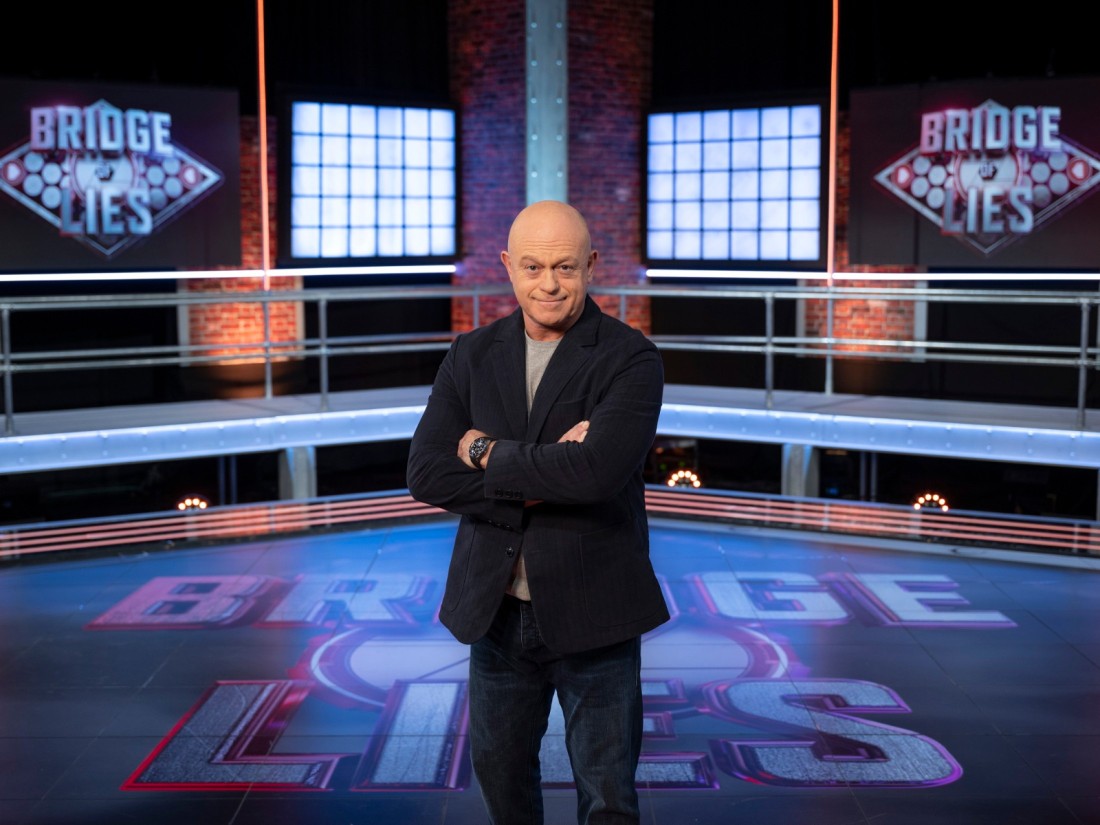 Quiz show Bridge of Lies will be the first programme made at Glasgow’s new £11.9m TV studio at Kelvin Hall.

With three recordings per day, the three-week studio run will comprise 25 daytime episodes and an additional eight celebrity episodes for primetime.

The show is hosted by actor and former EastEnders star Ross Kemp.

Other production titles have also confirmed residencies and will be announced in the near future.

The 10,500 sq. ft purpose-built state-of-the-art studio has been co-funded by the Scottish Government, through Screen Scotland and Glasgow City Council. 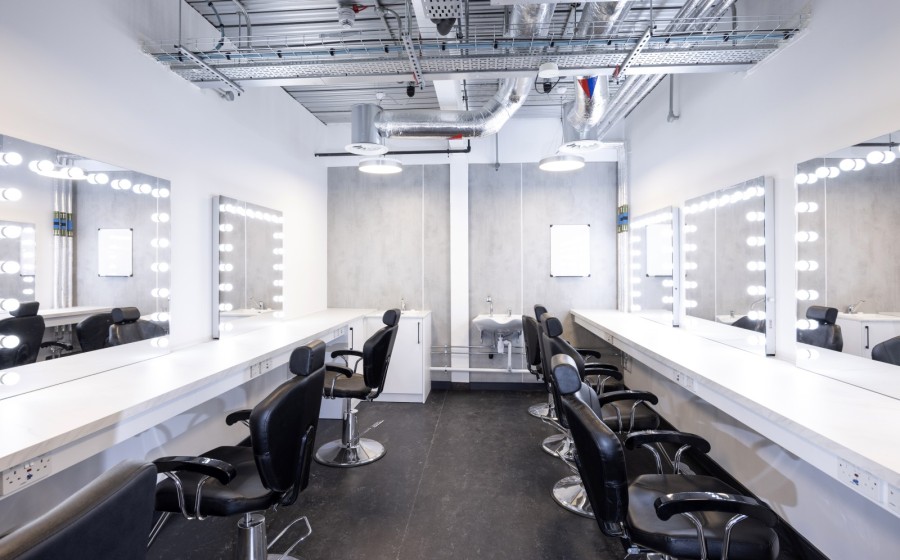 The studios have spaces for audience members and stars

The studios repurpose a previously derelict section of a historically important building and extends the redevelopment which started several years ago of two of its four halls upgraded to exhibition space, a sports centre, and a health and fitness club.

The facility is also set to kick-start investment in local jobs in TV and film production.

BBC Studioworks, alongside its partners Screen Scotland and the National Film and Television School (NFTS), says it is investing in the development of “a skilled, dynamic and diverse pipeline of creative talent to support the expansion in the sector”.

“This is also a new chapter for this historic and much-loved building.

“Adding to its rich and varied history, Kelvin Hall now boasts a purpose-built studio facility which is future-proofed with cutting edge and industry leading technology. 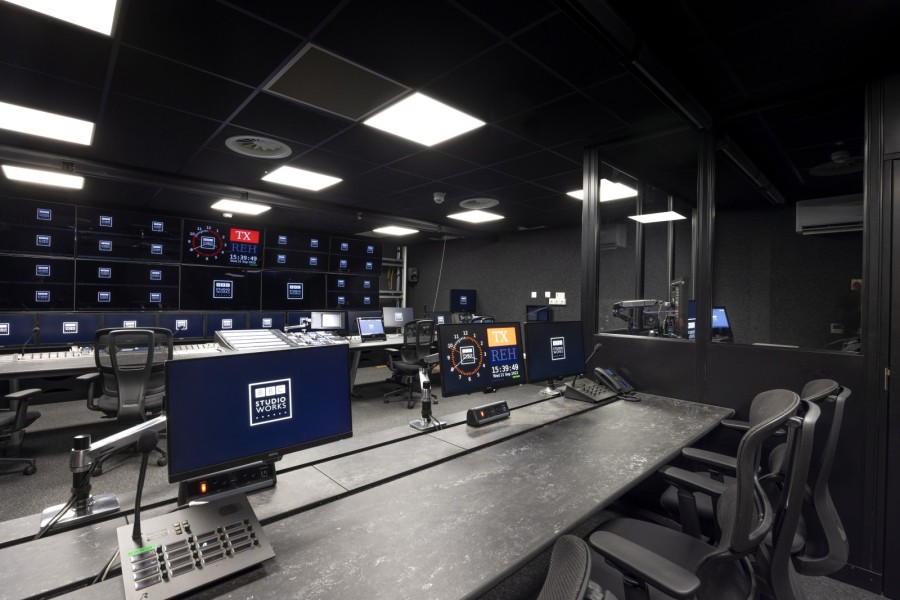 Latest technology will help keep up with changing demands

“The fact that we have the production powerhouse, STV Studios as our first client is testament to the world class quality of the facilities and this unique space which now exists as part of Scotland’s rich creative landscape.

“We are proud to continue Kelvin Hall’s amazing legacy which has spanned many generations, complimenting the creative sector here in Glasgow and helping Scotland’s creative communities thrive.”

David Mortimer, managing director of STV Studios, said: “Having already transformed part of Kelvin Hall – one of Glasgow’s most iconic venues – into a three-storey prison set for our Channel 4 drama Screw last year, we’re thrilled to be the first production company to film at BBC Studioworks’ impressive new purpose-built studio next door.

We are proud to continue Kelvin Hall’s amazing legacy which has spanned many generations, complimenting the creative sector here in Glasgow and helping Scotland’s creative communities thrive.

“As a Scotland-based production company, it’s important to us that we support the wealth of talent and facilities across Scotland’s creative sector, so it’s a no-brainer that this studio becomes the new home of our quiz show, Bridge of Lies.

“We’re delighted to be bringing host Ross Kemp to Kelvin Hall for a busy three weeks of filming.”

Councillor Susan Aitken, Leader of Glasgow City Council, said: “The Kelvin Hall has always played an important role in the cultural life of Glasgow and Scotland, and I am sure that the studio hub, the latest addition to what the building offers, will go from strength to strength.” 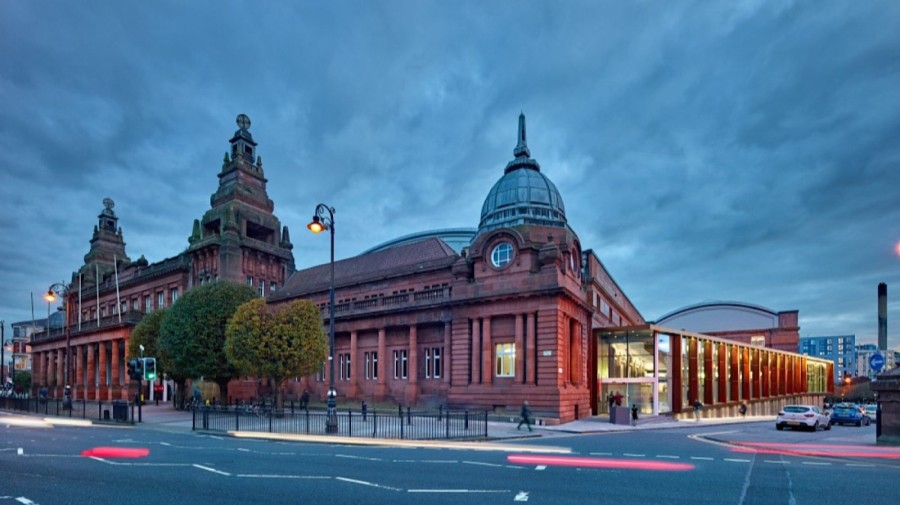 Culture Secretary Angus Robertson said: “BBC Studioworks is a welcome addition to Scotland’s existing range of studio space and reflects the vibrant expansion of the screen sector with its growing demand from local and international film and television production companies.

“This new state-of-the-art facility will create significant opportunities for programme makers and freelancers as well as further develop a sustainable industry by increasing our skills and talent base through a range of training programmes.”