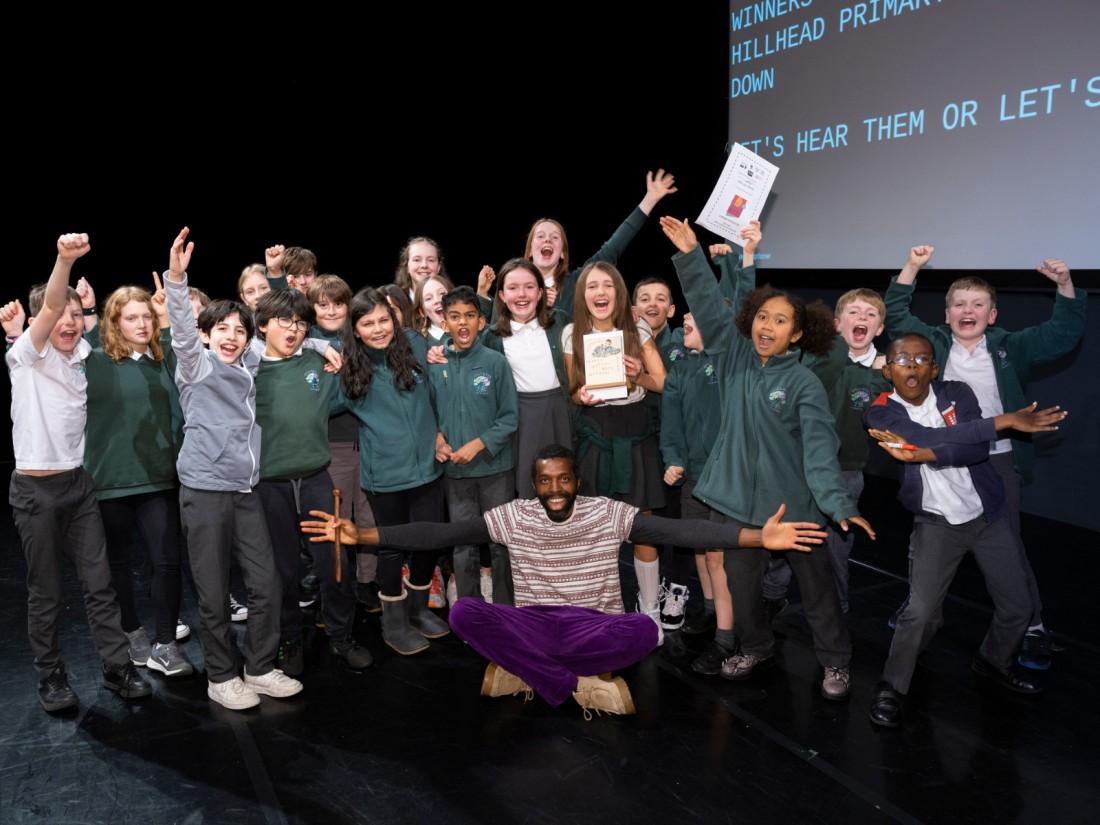 A Glasgow school has won a prestigious poetry competition.

The pupils beat off stiff competition from five other Scottish primary schools with their poem, Nature

The individual winner was Primary 7 pupil, Lily Blake (aged 11) from Hillhead Primary School with her poem, ‘Don’t be in Such a Rush to Grow Up’.

The group winner was Cornton Primary School, Stirling with their poem, ‘All the Emotions’.

The Slam at Perth Theatre was fast paced and good natured and each school represented their area and were cheered on by their teams. 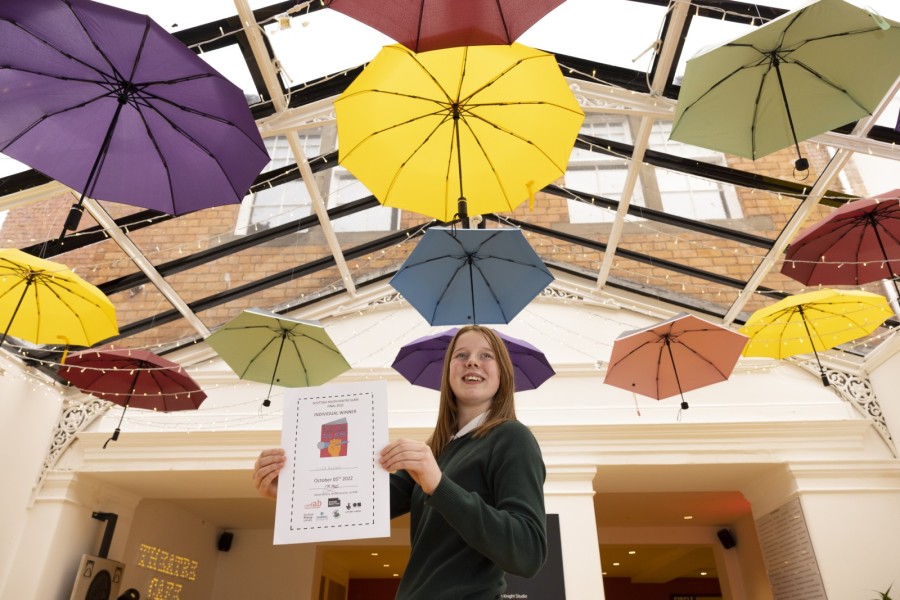 Lily Blake (aged 11) won with her poem ‘Don’t be in Such a Rush to Grow Up’. Photo: Martin Shields

This year’s event was hosted by poet, Tawona Earnest, and drew a crowd of around 200 – including participants in the Slam and their families and guests.

The crowd were entertained at the final by singer-songwriter, Siobhan Wilson.

The standard was really high from all six schools, but the judges felt that Hillhead Primary School just pipped the others.

“The standard was really high from all six schools, but the judges felt that Hillhead Primary School just pipped the others.

The Scottish Youth Poetry Slam is a bi-annual competition encouraging young people to embrace language through poetry and spoken word. 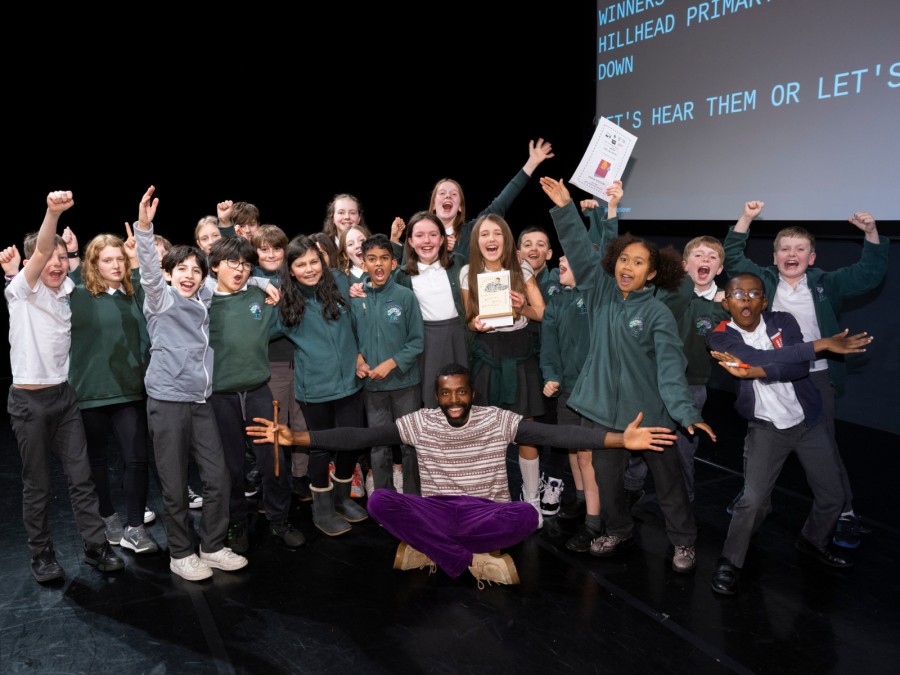 Now in its fifth year, the project invites young people from the whole of Scotland to take part in music, poetry and performance workshops leading up to Scottish Youth Poetry Slam 2022.

The Slam crosses traditional barriers by using fun, youth culture elements to nurture language and literacy and to engage young people in literature and culture and upskill them with creative ways to manage mental health.