The co-founder of global homelessness movement Social Bite has personally thanked donors during a visit to the West End.

Josh Littlejohn said he was grateful for the support and generosity of ordinary supporters.

The campaigner was visiting the Western Baths Club in Cranworth Street where staff and members raised £2,000.

Last month, more than 50,000 people in 52 countries slept out in support of the charity's campaign.

Josh said the Big Sleep Out would be his last mass participation event.

He told Glasgow West End Today his efforts would be concentrated instead on tackling homelessness in Scotland.

Josh sits on an advisory panel to the Scottish government on homelessness.

Social Bite has attracted the support of A-list Hollywood stars such as George Clooney, Leonardo DiCaprio and Will Smith.

In 2018, the organisation opened its first 'Village' in Edinburgh giving homes to rough sleepers.

Josh said he planned talks with other councils about establishing communities elsewhere in Scotland.

He said: "I want to focus on our key work in Scotland.

"I still have a lot of desire and energy to expand our work to tackle homelessness here.

"We can see on our streets here in Glasgow and elsewhere there are still many people suffering from a situation of homelessness. 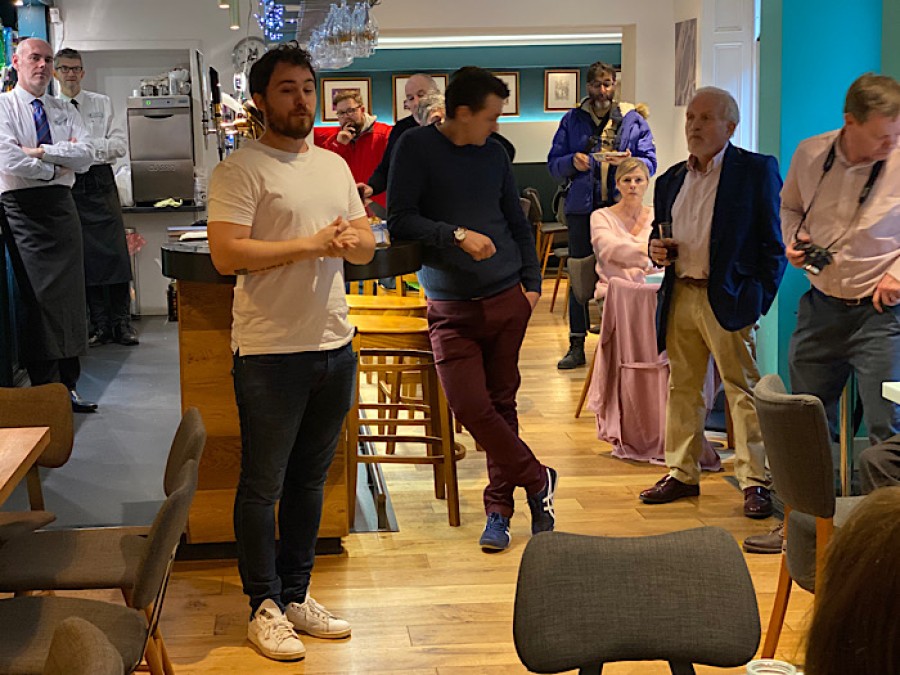 Josh thanks members at the Western Baths Club this week

"We are keen to look at some of the models that we have successfully developed here in Scotland and see where other cities may want to take those on as well.

"There is still a lot to keep us busy.

"After such a crazy year last year we are just taking a breath now and just trying to plan out what's next.

He said: "The village has been going for about 18 months and we are starting to see a really successful, thriving community.

"A 100% we are keen to expand that to other cities and other territories.

"We are going to start having conversations with different local councils and different potential partner charities to see where that could go."

He said their help really mattered, and explained how Social Bite was tackling homelessness by providing housing first along with wraparound care. 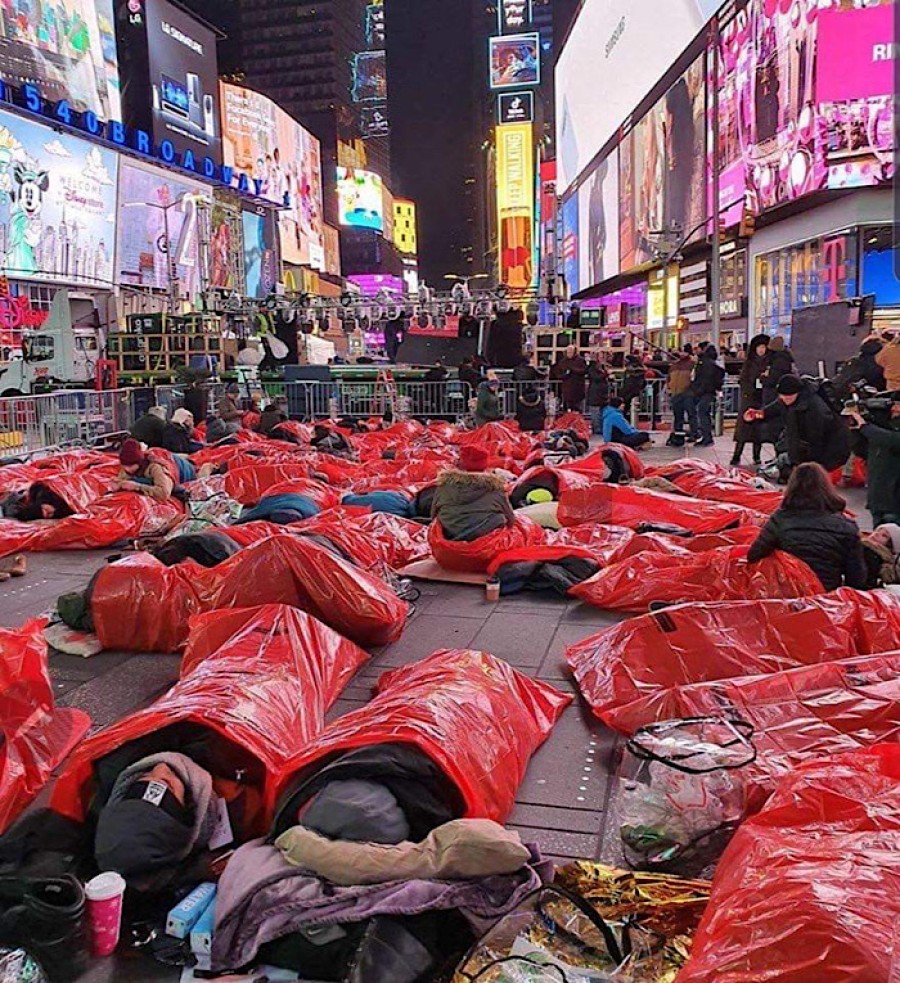 The Big Sleep Out took place in 52 countries in December

Other models had insisted people with addictions and mental health problems had to "jump through hoops" first to get a home.

The club's personal trainer Gary Goldie was one of those who took part in the Big Sleep Out event in December.

He said: "I would like to thank everyone who gave so generously towards the fundraising.

"Social Bite is such a wonderful cause which we were happy to support."

Club member John Watson OBE and a patron of Social Bite said it was his honour to introduce Josh to the club.

"We should all be thankful for the work that Social Bite and Josh are doing to tackle homelessness on our streets."