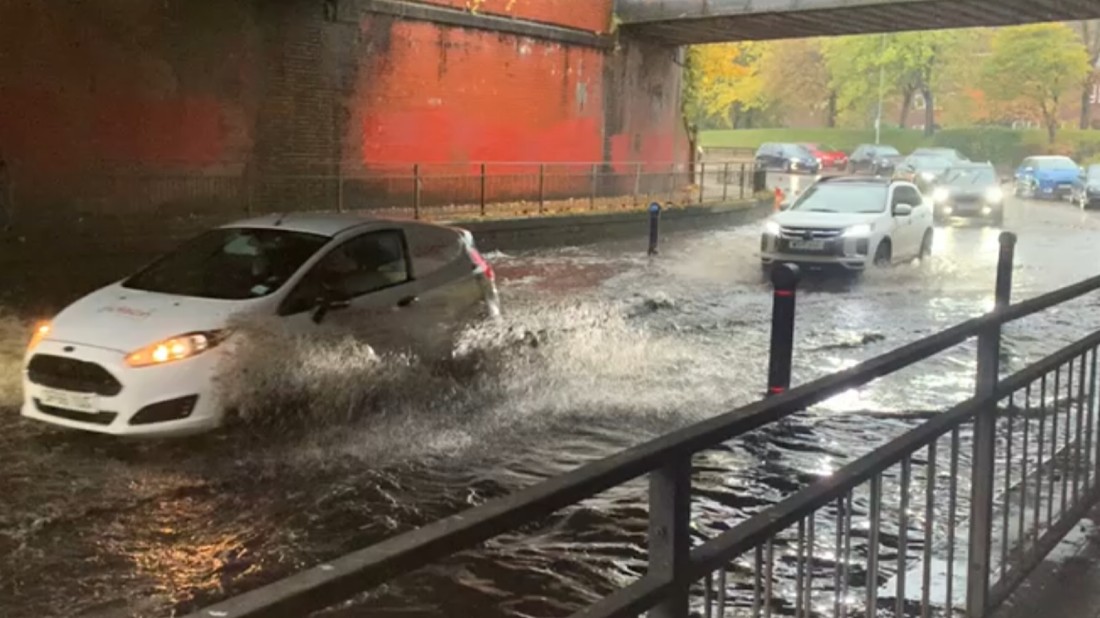 The city council has said it cleans gullies on the city’s flood-prone roads at least three times a year.

The authority came in for criticism this week after heavy rain caused rush-hour chaos.

Motorists were caught in long tailbacks after a deluge on Wednesday.

The West End was particularly badly hit by traffic problems due to the closure of the Clydeside Expressway for the COP26 climate talks.

Police had to stop cars using Clarence Drive in Hyndland when several vehicles became stuck in flood water under the railway bridge.

There were also problems on the Great Western Road at Gartnavel Hospital, Bilsland Drive and Maryhill Road.

The same areas were flooded as recently as August 7 when sudden downpours hit the city.

Some Twitter users were quick to blame the council for the chaos.

One said: “If only the city council would clear the drains of leaves at this time of year. 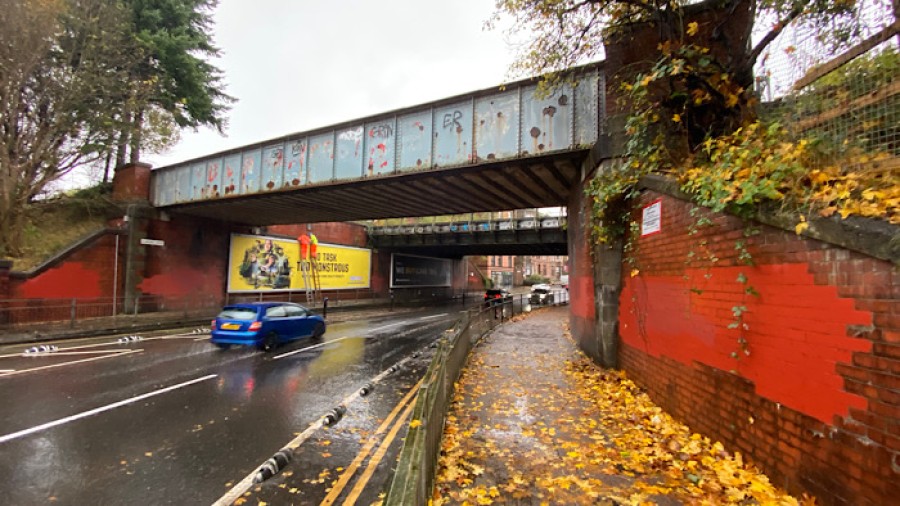 Glasgow City Council said this week’s disruption was the result of a combination of heavy rain and leaf fall.

A spokesman said: “There was no weather warning for rain in place for Glasgow yesterday (Wednesday), but clearly there was heavy and sustained rain across the city on Wednesday afternoon.

“We have a rolling work programme to clear gullies throughout the city which has a focus on main routes and other locations that are prone to flooding.

“Gullies at locations prone to flooding are cleared at least three times per year and the gullies under the railway bridge at Clarence Drive were last cleaned, tested and running freely on October 4 and 5 this year.

“Due to the lay of the land, it is likely Wednesday’s heavy rain washed leaves and silt down to the low point of the road causing temporary blockages to the covers of the gullies.

“We inspected these gullies on Thursday morning once flood water had receded and they were all found to be clear.”

The spokesman added: “Gullies on Great Western Road next to Gartnavel Hospital are also cleared at least three times per year as it is a known flood location and the gullies there were last cleared in August this year.

“This location does experience high leaf fall and it’s likely drainage issues were exacerbated by leaf fall from high winds in the earlier part of the week.

“Routes prone to high accumulations of leaves are checked and cleared regularly during the autumn months, but even a small amount of leaves has the potential to cover a drain in a short space of time.”

Clarence Drive has been prone to flooding since Hyndland was developed at the start of the last century.

In August 1928, The Scotsman reported on flooding in Glasgow when a “considerable quantitv of water collected in Clarence Drive and Bisland Drive”.

And in the summer of 1966, a woman and her three young children had to be rescued when their car plunged into deep flood water beneath the bridge.

The Herald reported a young boy placed a wooden plank between the car and railings at the side of the road to allow the family to crawl to safety.

It said: “Remedial works were eventually carried out in the 1980s.”

In 2012, Glasgow City Council took another look at ongoing problems with the road.

However, engineers have concluded it is not possible to adjust the level or geometry of the road due to the railway bridge and the need to keep safe clearance for buses and lorries.

As another Twitter user said of Clarence Drive this week: “It’s more than leaves … happens all the time even when autumn is over.

“I reckon the drainage can’t cope with the rain from both sides.”

This week's heavy rain comes as the eyes of the world focus on Glasgow and COP26, with many saying recent global weather events are a result of man-made climate change.

Countries are being asked to sign up to key climate targets, while richer nations are being called upon to commit to a multi-billion pound climate fund.