The Fair started as a coffee afternoon in 1961 and today is the troop's main source of fundraising.

Every autumn it happens like clockwork. Leaves turn, the weather gets colder and the local scout troop in Jordanhill hold their Annual Fall Fair.

What’s the big deal you may think - well this is a fundraiser unlike any other, attracting close on 2000 visitors every year. 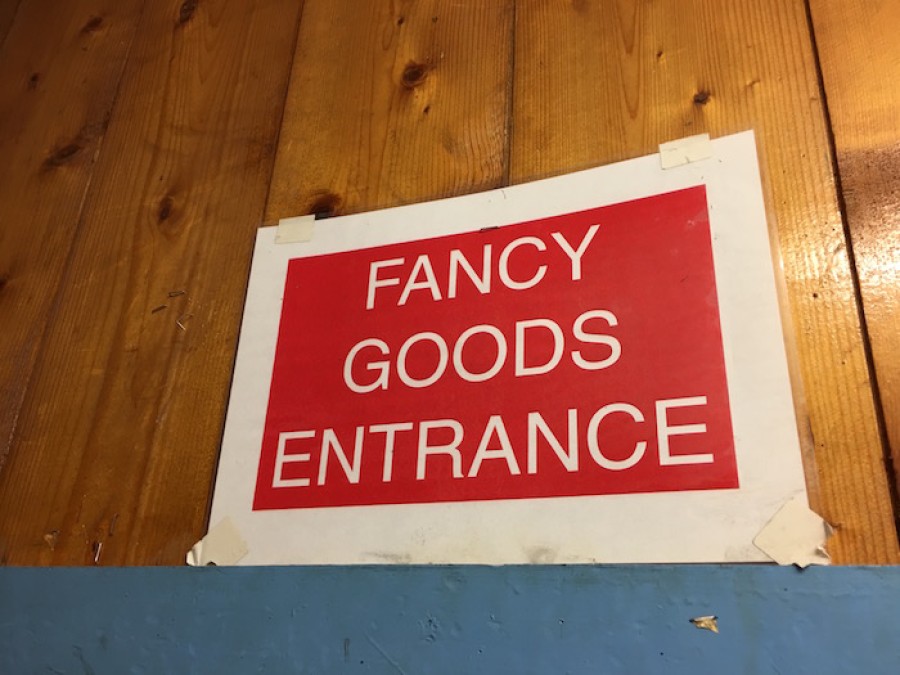 Bargains: the sale is a great place to pick up unexpected surprises

‘It’s grown in popularity over the many years I have been involved’. Jim is 85 and joined the scout troop as a cub in the 1940s.

The Fair actually started as a coffee afternoon in 1961 and today is the troop's main source of fundraising.

"Without it we would fold," says Jim simply.

But this is no haphazard sale of second hand junk - it is run like a military operation with household collections in the weeks leading up to the Fair, a rota of van drivers and parent helpers and scouts, cubs and beavers involved every step of the way.

On the big day itself, it’s all hands on deck. 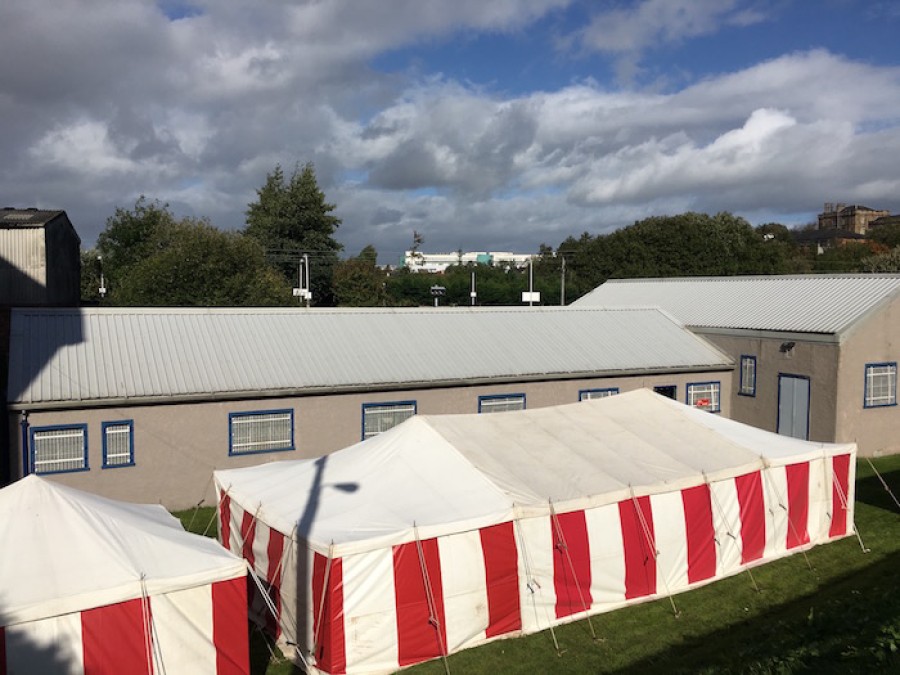 Attraction: the Scout jumble sale is a major draw for visitors

"When we open to the public at 1.30pm on Saturday the 7th October we will have a queue of around 1800 people checked and through the gates in 15 minutes.

"Over the years we have really refined how we run it," Jim explains.

People start queuing from early morning and it has been known for the line to stretch down Crow Road from the train station with people - locals, collectors, antique dealers - eager to be the first to bag a bargain.

Jim says they have regular visitors from Falkirk, Edinburgh, Wigton even Belfast.

As well as stalls selling pretty much anything you can think of (wardrobe door anyone?) there are games, food tents and a left luggage facility for people to leave their purchases whilst they browse.

"I think we are at capacity now. We couldn't get much bigger," he muses. 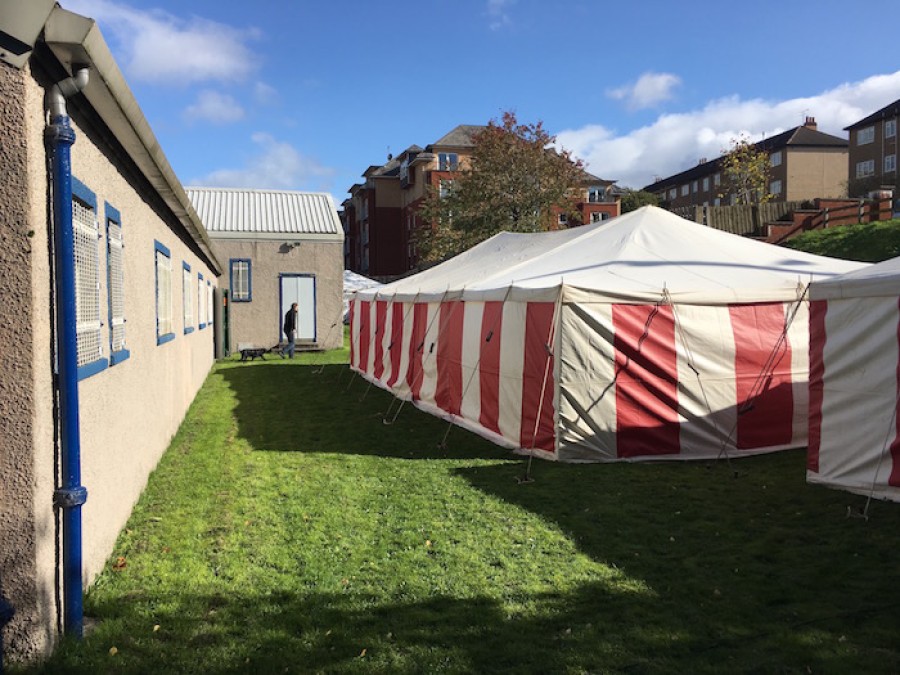 Far and wide: visitors to the fair come from Falkirk, Edinburgh, Wigton even Belfast

All available space is used with marquees being erected in the scout hall grounds and outbuildings being transformed for the big day.

A word of advice - I have been to the last three Fall Fairs - if you fancy going wear welly boots, take plenty of bin bags and be prepared to get stuff you didn't realise you needed.

Last year we came home with a pair of skis, a doughnut maker and a very useful blazer..two sizes too small. 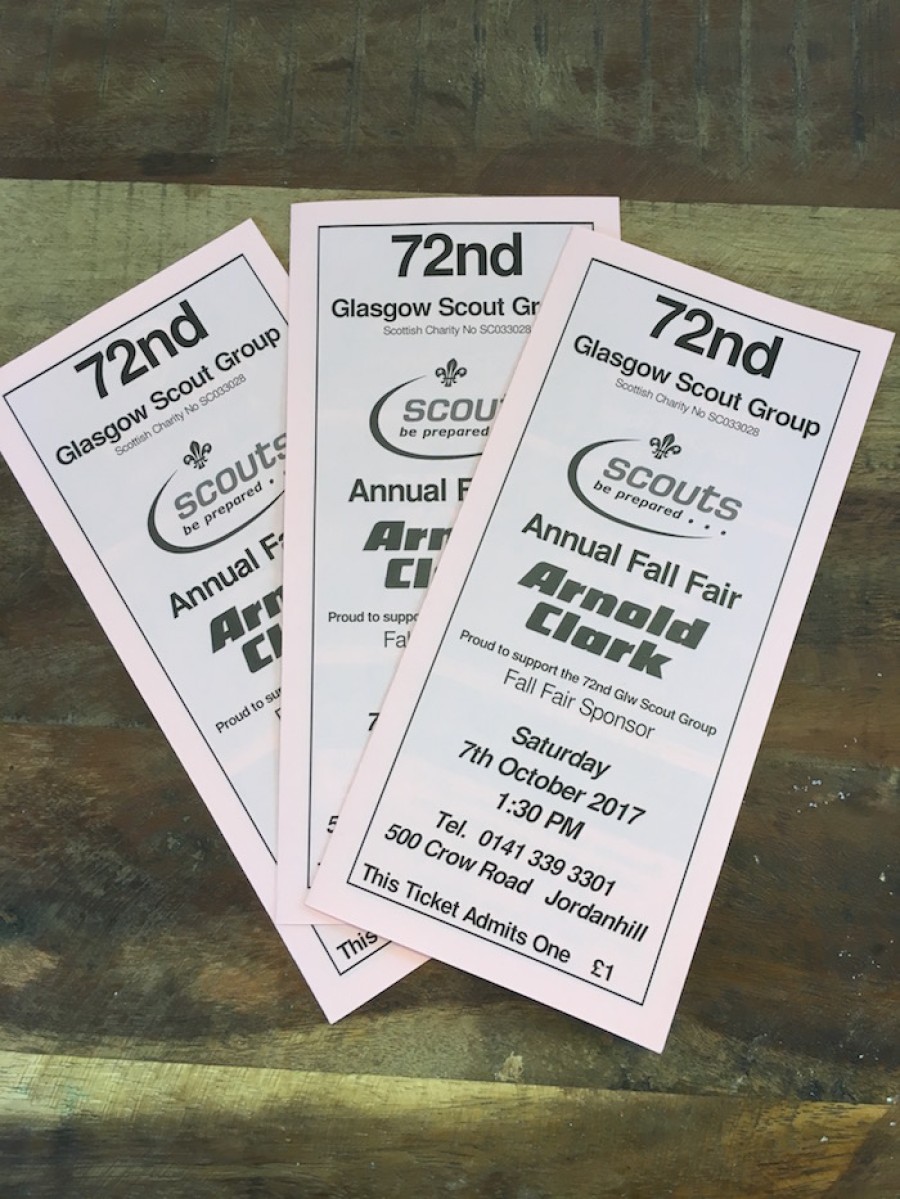 Details: the event is run like a military operation

The troop began their leaflet distribution this week.

Tickets can be bought from the 72nd Glasgow scout troop or on the gate on the day.

* The 72nd Glasgow Scout Group Fall Fair is on Saturday October 7 from 1.30pm. Admission by ticket only (£1) and tickets are available on the day.