A new public consultation will allow people to respond to initial designs for the Underline avenue for the use of cyclists and pedestrians.

An improved link for cyclists and pedestrians between the city centre and the West End is coming.

The 'Underline' is a little-used pathway between St George's Place and New City Road in Cowcaddens that underpasses the busy M8 motorway.

The route is now the subject of a public consultation on its redesign and overhaul which begins later this week. 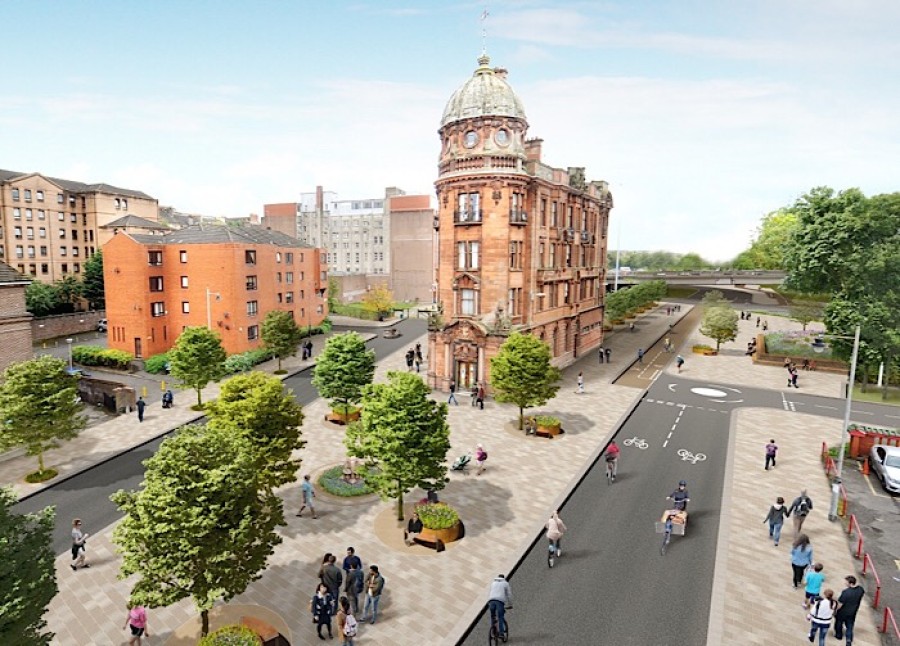 Overhaul: There will be a new look for New City Road where it links with St George's Place

The aim is to improve the experience and safety for users - and help deliver the ambitions of Glasgow to be a sustainable and multi-modal transport city.

The Underline route is one of three 'Avenues' in the next phase of a £115m project that will bring changes to streets across the city centre.

The Avenues Project, funded through the City Deal, is already transforming Sauchiehall Street with trees and a new streetscape.

As well the Underline, people taking part in the consultation will be asked for their views on initial designs for the Sauchiehall Precinct (between Rose Street and Buchanan Street) and Cambridge Street.

Councillor Susan Aitken, Leader of Glasgow City Council and Chair of the Glasgow City Region City Deal Cabinet, said: “This is an opportunity for our citizens to become involved in the changing face of our city centre.

"The city centre is the heart of Glasgow. It’s where so many of us come to work, to socialise, to shop and to meet and every Glaswegian has an interest in its well-being.

"Some £115million is being invested in the Avenues project and it will have a positively transformative impact on the social and economic life of our city centre streets.

"The city centre is the heart of Glasgow. It’s where so many of us come to work, to socialise, to shop and to meet and every Glaswegian has an interest in its well-being. Some £115million is being invested in the Avenues project and it will have a positively transformative impact on the social and economic life of our city centre streets"

"So it’s vital the public take part, that as many people as possible give us their views on these initial designs for the some of our key thoroughfares."

She said: "At the end of this process, we want to look forward to streets attracting even more people to the city centre and take satisfaction that our people have helped shape that.”

Stephen O’Malley, founding director of Civic Engineers, the company leading the design team, said: “The initial design concepts we are sharing for this round of consultation focus heavily on strengthening the existing connections between the city centre and the West End.

"The links between these two parts of the city are crucial and we want to improve them so they are more inviting and attractive to encourage people to walk or cycle more.” 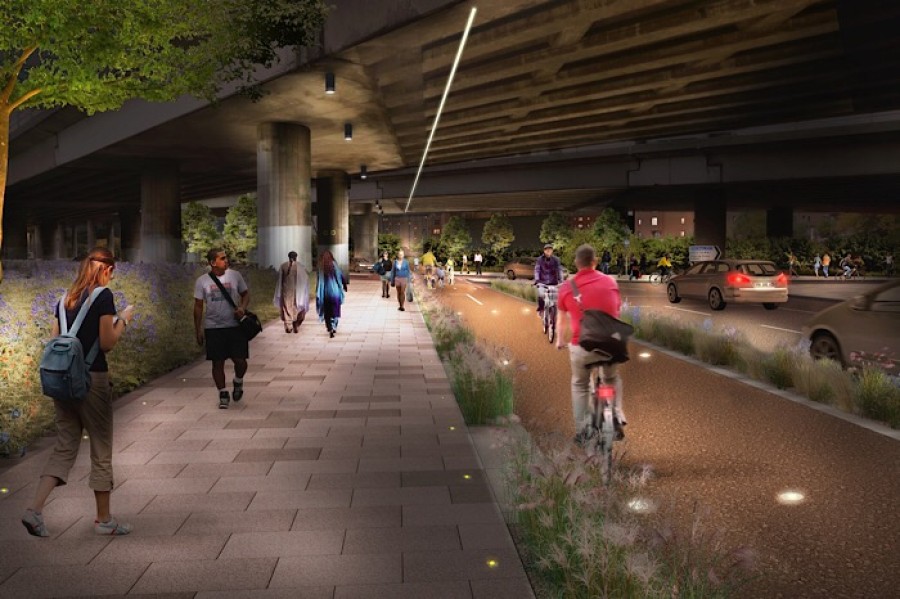 Links: The consultation is about improving the experience for pedestrians and cyclists

Watch: Proposals for the Underline

People can go online to have their say here.

Those participating will be asked to consider the proposals and comment on the provision for pedestrians, cyclists and public transport, and whether green elements and space to play and dwell are important to them.

All the feedback from the consultation, along with responses already gathered from local businesses and community groups, will help to inform the next stage of designs.