UPDATE: Police called in over tree felling but developer says its actions were lawful

Local people said they were concerned the removal may have been done without permission and wanted to prevent any further loss of trees.

A developer has said its actions in felling trees at a site in North Kelvinside were lawful.

Around 20 local people staged a protest at Fergus Drive on Thursday after a large lime tree and a number of smaller trees were removed.

Residents said they had not been informed about the works and had concerns the actions were illegal. 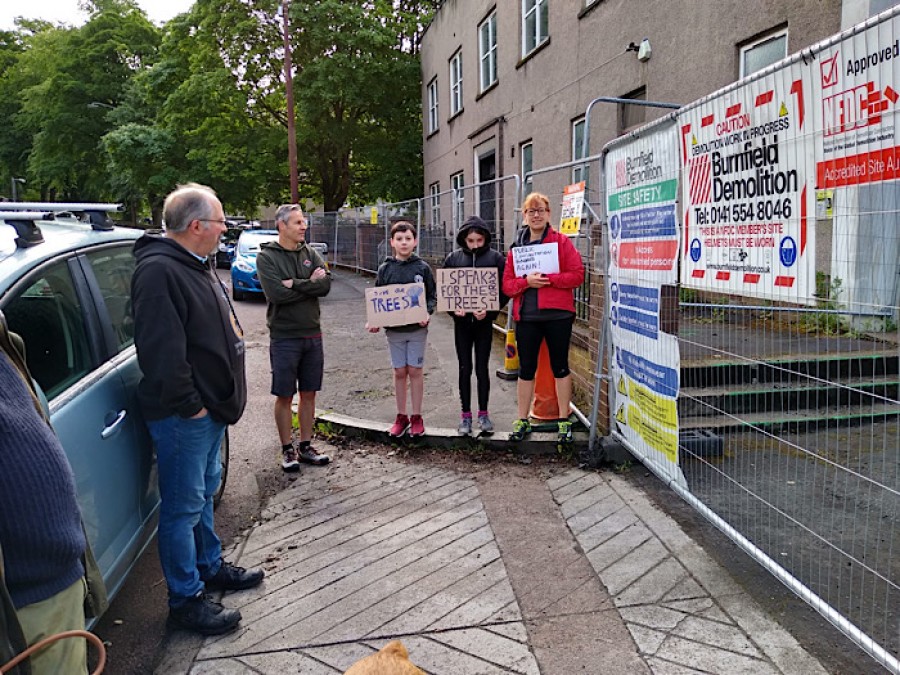 Tree felling is not normally carried out during nesting season to protect birds.

A complaint was made to Police Scotland that wildlife law may have been broken.

But Westpoint Homes said it had all the necessary permissions and that “significant” trees would remain.

The site has full planning permission to build 19 apartments.

It also has conservation area consent for the demolition of the existing buildings, the company said.

A spokesman for Westpoint Homes said: "Following several complaints received by the planning department we have discussed the current tree works with Glasgow City Council Planning Enforcement department who have confirmed they are satisfied with the permissions we have in place and we are carrying out the works lawfully.

"A complaint was also lodged with Police Scotland that trees were being felled during bird breeding season.

"Our tree surgeon carrying out the works responded to several questions by the police.

"Felling trees during the bird nesting season is acceptable where trees can practicably be inspected to determine whether birds are nesting within the trees.

"This involves an inspection from ground level for the presence of nesting birds followed by an aerial inspection prior to any felling taking place and is recognised and accepted as good practice.

"Police Scotland were satisfied that the works being carried out were not a breach of the Wildlife and Countryside Act 1981. 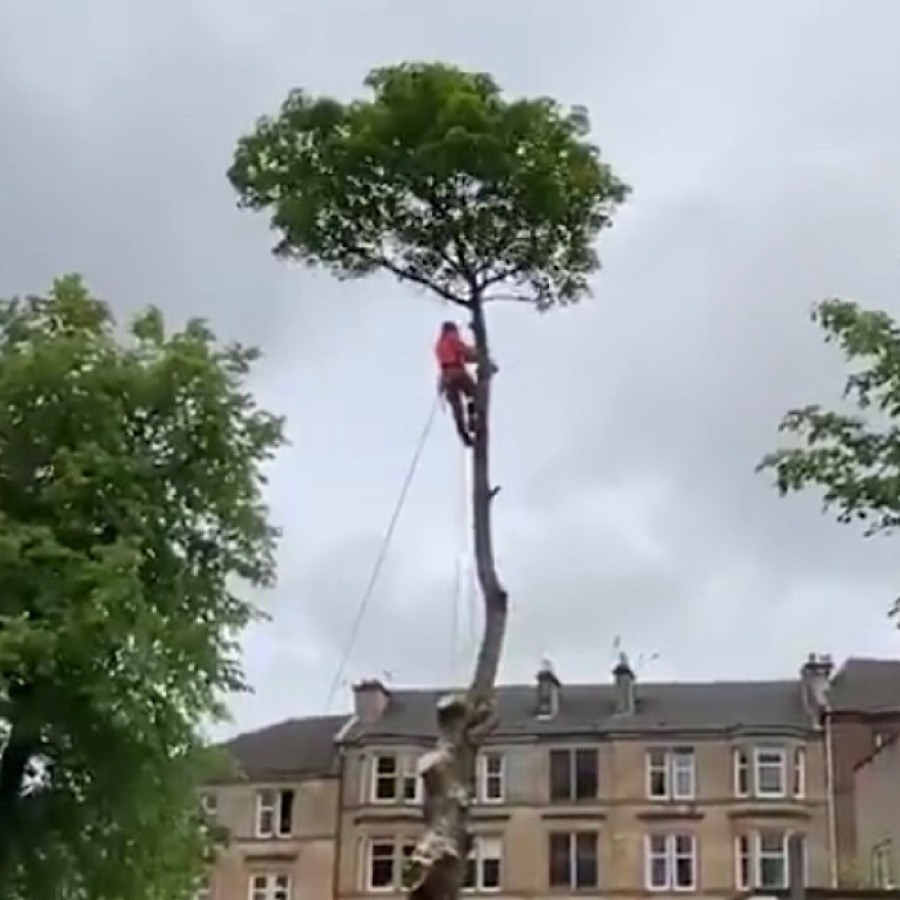 The spokesman said it had presented Glasgow planning department with an independent tree survey in March.

It included a plan of how it would protect "the significant trees that were to be kept on the site".

The documents were confirmed as being satisfactory by the planning department on June 2, the spokesman said.

Earlier local people had arrived at the site concerned that the work was being done without permission.

Resident Nick Higgins said: "Contractors were here this morning along with probably about 20 local people to greet them.

"We asked all these questions and we asked them to evidence that the proper permissions are in place and that they have taken due care. 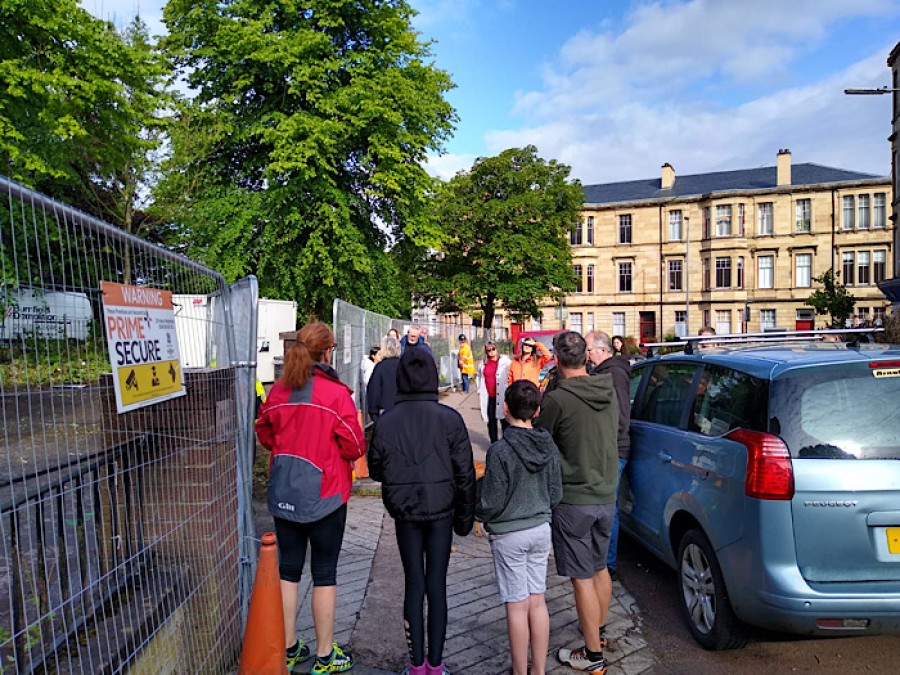 Residents are calling for evidence that the work is permitted.  Photo: Judith Gaertner.

"They weren't able to provide that information and they locked up the site and they have left.

"They have said they will be in touch, but we as a community are still waiting for them to come forward with the evidence.

"They took down one of the large, mature lime trees and what would appear to be a number of smaller, sycamore trees.

"It is very difficult to know if there were birds nesting there."