Video: Bake Off in the park … bread oven rises from ashes of Glasgow School of Art

The permanent communal bread oven in Garnethill Park in Glasgow will bake dough made by local residents in their own homes.

Work has started on a permanent communal bread oven in one of Glasgow's city parks.

A community project will see dough made by local people in their homes baked in the open by a team of trained 'resident bakers'.

It's not thought there's anything else like it in the city. 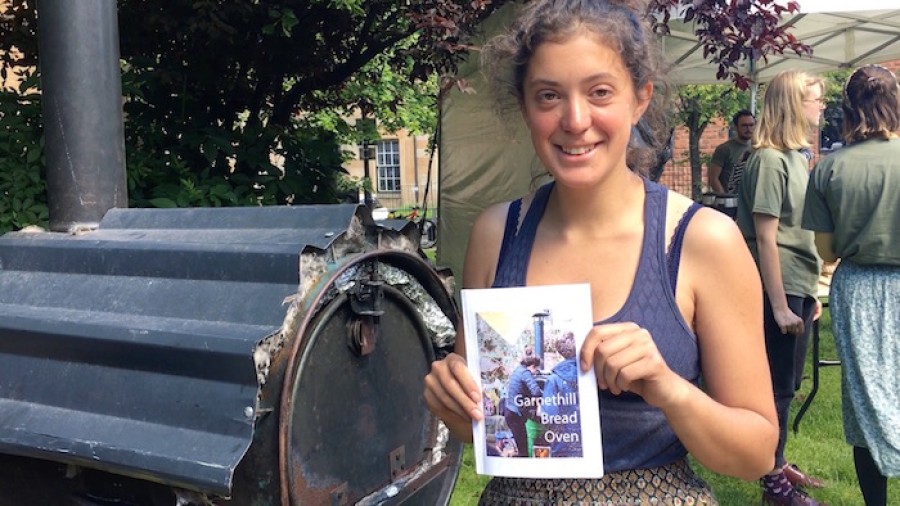 The oven is taking shape in Garnethill Park just a stone's throw from the Glasgow School of Art (GSoA).

Fittingly, materials being used on the restoration of the fire-damaged Mackintosh Building have been donated to the project.

Eleanora Jaroszynska is a final-year sculpture and environmental art student at GSoA who is building the bread oven.

"The idea is to construct a permanent communal brick bread oven in the park," says Eleanora simply.

"People bring dough to the park, and we bake it."

The team has been been using a makeshift 'rocket oven' (pictured in the video) at regular gatherings.

But the temporary metal furnace fired such enthusiasm for outdoor bread making that the idea sparked demand for a permanent structure.

Eleanora says: "People have loved the idea - everyone loves bread, everybody loves baking.

"I am hoping for the build to be finished at the beginning of July.

"And then probably within a week or so after that we will have the first firing.

"We will also be training the community members who will be running the oven.

"So, all going well we hope to have our first baking event with the new oven in mid-July." 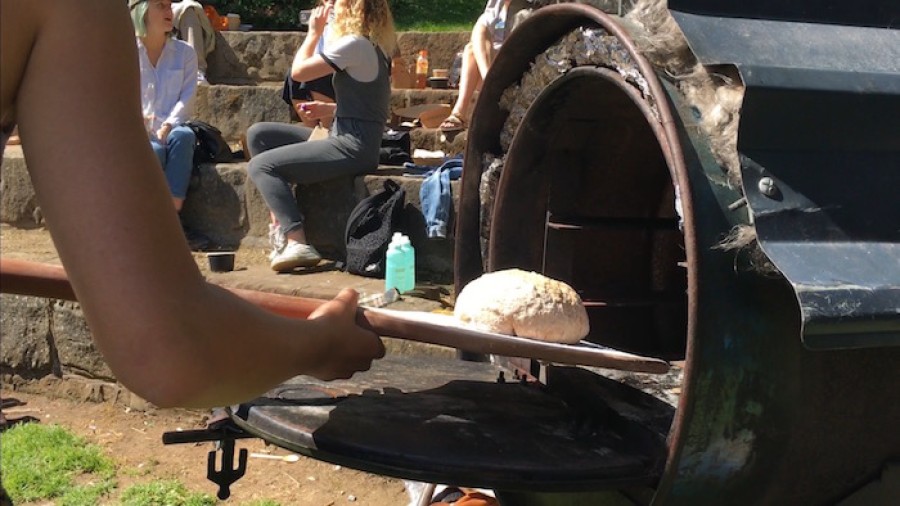 Training: community members will be taught how to fire up and use the oven.

The project successfully turned to crowdfunding to raise the £500 needed to construct the oven.

A statement on the Crowdfunder page read: "The Garnethill Bread Oven will offer a central fire to which members of the Garnethill community and Greater Glasgow can bring dough to be baked.

"Through the regular action of baking bread, the oven will be a space that is shared and cared for.

"The local community's sense ownership and connection with Garnethill Park will be strengthened by the oven's presence and use."

Watch: Eleanora Jaroszynska talks about the inspiration behind the bread oven project.

It adds: "Through a series of Pop-Up events in February and March this year, the community of Garnethill came together dough-in-hand to bake communally in the park.

"The response to the presence of an oven in the space has been one of warmth, intrigue and joy.

"Now the community will come together to construct the permanent oven with the help of this funding raised."

GSoA is donating sandstone from the library, metal reinforcement bar, and wood for the oven's roof structure.

Liz Davidson is senior Project Manager for the Mackintosh Restoration.

She said: "We are delighted to learn that Eleanora has been given permission to create a permanent bread oven in Garnethill Park and very happy to offer her material that we can’t use in the restoration project to make it with.

“Our local community is very important to us and we are really pleased that they will be able to benefit from this new facility made from stone and wood from the Mack."

She added: “We look forward to having our first taste of a “Mack” loaf."