City planners give unanimous backing to plans that were opposed by many local people.

It will sit mostly below ground and largely hidden from street level when eventually constructed.

Work on a proposed 'underground' home is due to get under way in North Kelvinside later this year.

Permission for the build at a contentious site on the corner of Belmont Street and Doune Gardens was granted before Christmas. 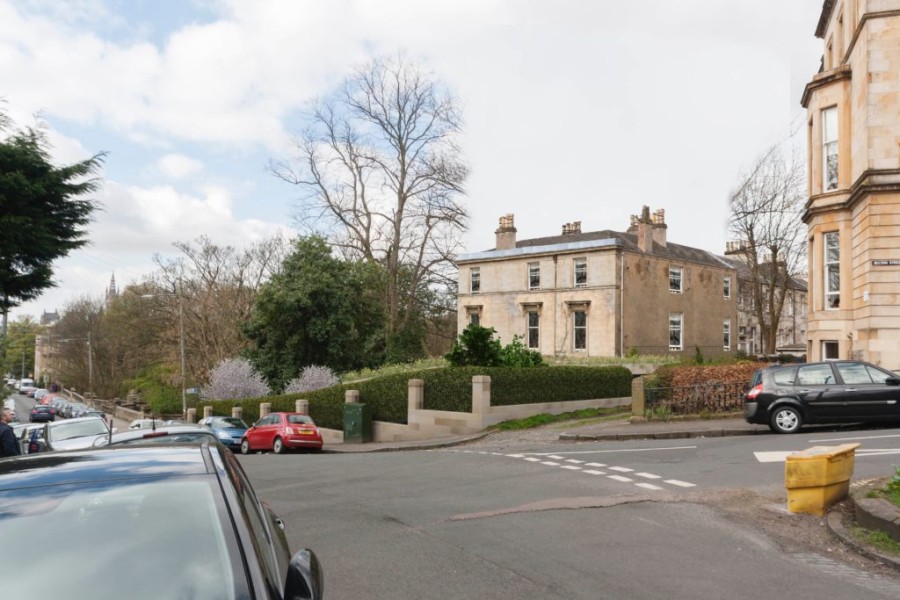 Original: Site will see a wall and hedge reinstated to 'hide' the upper storey of the home. Graphic drawing.

Objectors said the cornersite on the edge of a conservation area was important open space that should not be developed on.

But city planners were won over by a scheme for a single detached house that was modern and, they claimed, sympathetic to the area's surroundings.

Now architects have revealed how they were inspired to create the house on the sensitive site by the city's Victorian pioneers.

He said another house built in the West End in the 19th century used a similar concept.

"There is a precedent already for this type of design within Victorian Glasgow up at Park Circus.

"There, there is a green roof sitting above a mews house to protect the outlook of townhouses nearby."

Sensitive: the site where permission was given sits close to two listed buildings on the edge of a conservation area. Graphic drawing.

Matt said gaining permission for the site had been a challenge for the team.

"This site has an awful lot of constraints against it: there are two listed buildings next to it; there's a boundary wall; it's a busy part of a residential district.

"But it is zoned as suitable for residential development in the City Plan 2, the Glasgow City Council document.

"We looked at it by trying to re-establish what was historically on site which is reinstating the boundary wall, the stone piers, cast-iron railings and the privet hedge - which is an overwhelming condition throughout the West End of Glasgow.

"And there's a historic photograph which shows exactly that on this site as well."

He said: "So effectively we have lifted the ground a little bit so that there is a sloping green roof with a light-well driven down into it.

Watch: Architect Matt Loader explains how the house on the corner of Doune Gardens and Belmont Street will look.

"It's a two-storey house that effectively sits one at ground level, one at basement level sitting directly underneath that with an outlook south into the open garden."

Given the sensitivity surrounding the site, Matt said it was important to keep focused on people's concerns.

Matt added: "The significance of the site was absolutely not lost on us.

"When there are a lot of constraints, getting a piece of good architecture requires imagination which is something that we really enjoy and relish.

"We were pleased and delighted to have achieved planning permission - and it is particular telling that the planning committee unanimously supported approving the application."