VIDEO: 'It feels surreal to see my film of a snowboarder on Gardner Street go viral'

A little over 48 hours after posting, the clip has been viewed a staggering 1.5 million times - and the numbers clicking on the post are growing.

It lasts for only 15 seconds but encapsulates the surreal few days Scotland has experienced in the grip of a snowstorm.

When Tracy Galloway happened to see a snowboarder flying down snow-covered Gardner Street where she lives, she did what anyone would do now - pick up her phone and take a video.

But little did she think how that film would 'travel' when she uploaded it on a community Facebook page she helps to administer. 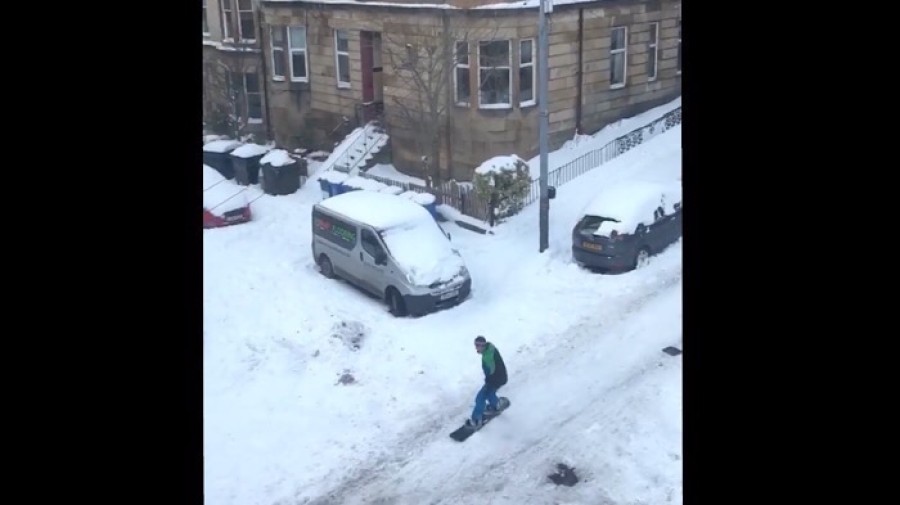 Film: the clip of the snowboarder only lasts for a few seconds

A little over 48 hours after posting, the clip has been viewed a staggering 1.5 million times - and the numbers clicking on the post are growing.

Tracy is chair of the Partick Community Growing Project.

The previous films on the site - and there are only a handful - have been viewed just a few hundred times.

Tracy told Glasgow West End Today it was "surreal" and then amusing to see the figures skyrocket.

"I took the film from my living room window.

"I posted it on the Growing Project page as I thought that local folk would get a kick out of seeing a snowboarder on Gardner St.

"Wish I knew who the guy was! Just so happened to be boarding past my flat at the time. 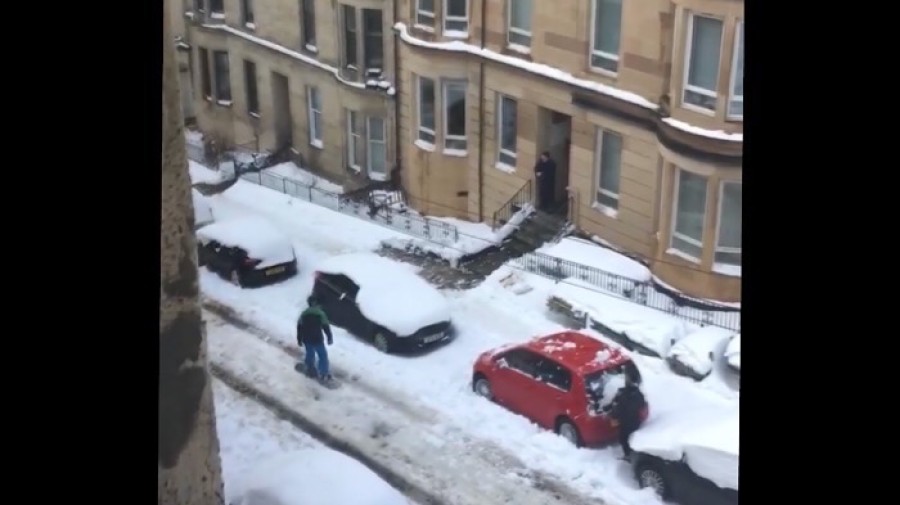 "Thought it might come up on the feed as people started commenting but, as you can imagine, the messages were kind of tripping each other up so I never did find out who he was."

Tracy added: "It was very amusing and quite exciting watching the numbers go up once I realized what was happening.

"Me and the other admin of the page had to turn our notifications off within a few hours of it going on the page lest our wee phones go into meltdown.

"Still didn’t quite click it had gone so far though til I got a text from a pal in Paris saying she’d seen at least 3 separate folk share it from different locations and did I know it was on STV Newsfeed?

Watch: the moment a snowboarder descends Gardner Street, Partick, thanks to a heavy covering of snow. By permission of PCGP / Tracy Galloway

"It was pretty funny, couldn’t stop laughing at points, especially when NBC News New York got in touch to ask if they could use it. Not sure if they did or not.

"Most exciting thing I think was seeing how far and wide the clip had reached - it was shared from all over the world. That blew my mind a wee bit!"

Well done to Tracy and the community project which has gained a fair few more likes since the video went viral.