VIDEO: Move over cars, it looks like cycles are about to win argument on Byres Road

Planners are "intensively" looking at creating a segregated cycle lane along the entire length of Byres Road.

Such a structure would likely see the removal of most if not all of the road's parking bays. 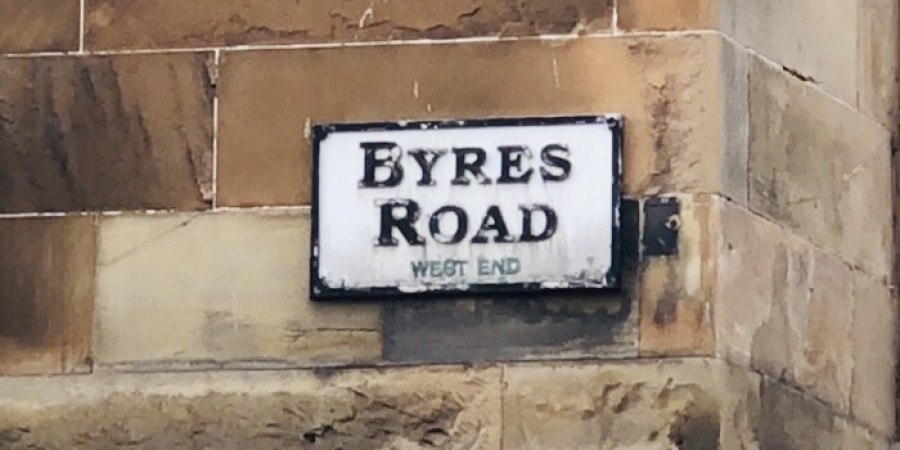 Plans: a segregated scheme is being 'intensively' looked at

But sustainable transport convenor Cllr Anna Richardson said the council had always had the lanes firmly in mind.

The move came as findings of a public consultation on a £9 million improvement scheme for Byres Road were revealed.

Cllr Richardson told Glasgow West End Today: "We have always been looking at segregated cycle lanes as one of the many options that were always on the table.

"Certainly now as a result of the consultation responses, we've got a very clear message that segregation would be welcomed.

"So that is something that we are looking at more intensively." 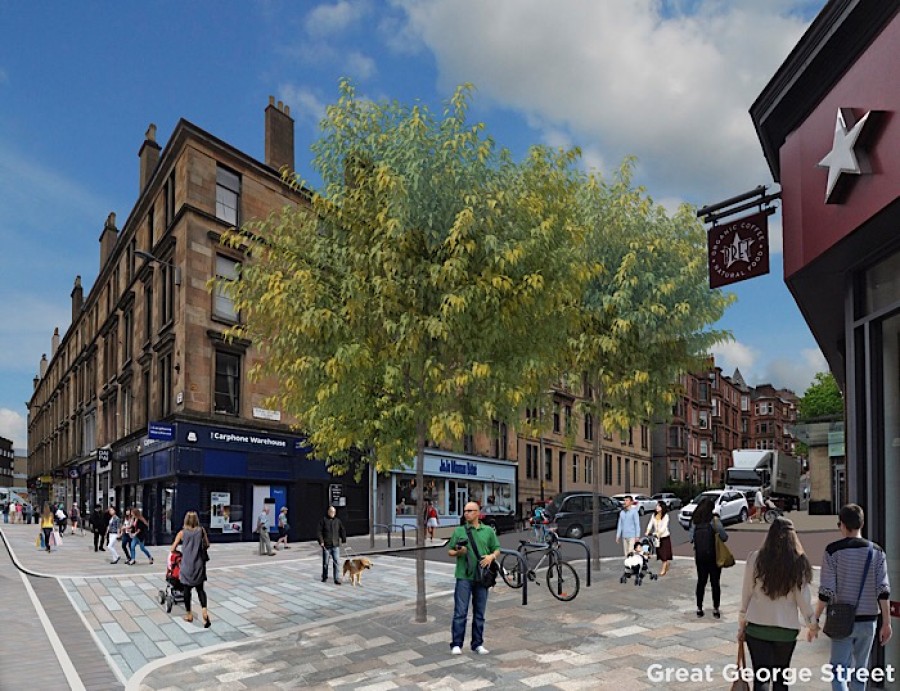 Motorists and taxi drivers have got most to lose if parking bays and a taxi rank make way for a segregated lanes.

Some businesses will also say that trade will be affected.

But the SNP-led council believes better walking and cycling provision would be good for the environment and good for business.

The Scottish government has said it wants to see more journeys made by means of so-called active travel.

The improvement scheme, being paid for by City Deal cash, was launched last January.

But the process is likely to be a year behind schedule because of the challenges faced by planners.

Initial proposals for Byres Road worked up following consultations in the spring were presented to the council in the summer.

But there was no segregated cycle lane, just a non-protected lane for those on two wheels.

Cllr Richardson said: "Since the consultation responses came back and were analysed over the past six to eight weeks we have been looking at various options to introduce segregation - so it is very much still on the table.

"With any street you have got to make compromises and you've got to find ways of meeting as many needs as possible.

"What the consultation response has given us is a public mandate to increase the priority of walking and cycling on that street."

She said planners would look at the parking needs of the wider area around Byres Road before formalising a scheme. 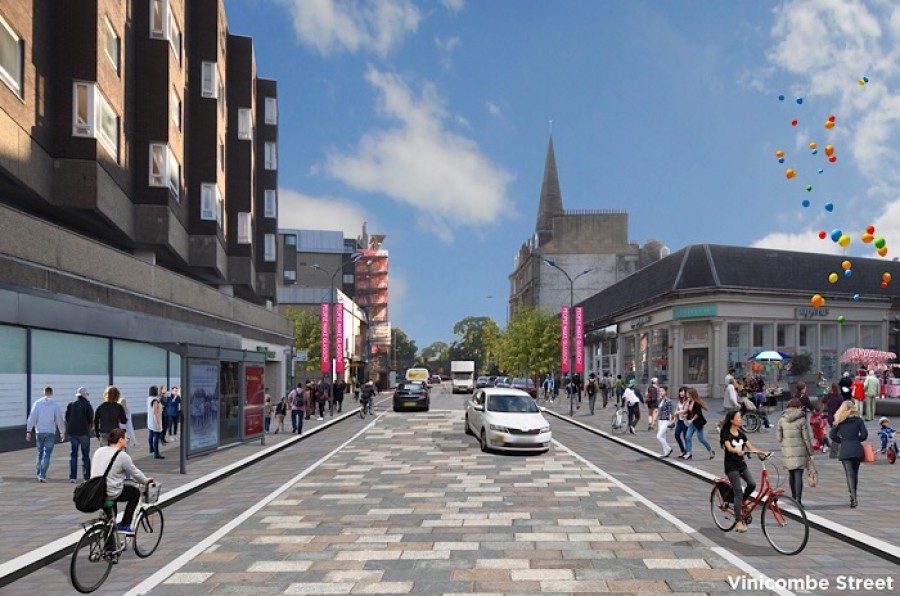 Non-segregated: the current scheme offered no protection to cyclists, according to campaigners

She said: "We need to think about what parking provision is available for those who need their cars to reach the area.

"At the same time, we've made it very clear as a city that we're prioritising sustainable transport - that's walking, cycling and public transport.

"We want to make it as easy as possible for people to use those modes to and through Byres Road."

"It is essential that cycling is made a safer and more attractive option if we are to reduce traffic congestion on our high streets and tackle toxic levels of air pollution."

Cycling campaigners had previously protested at the lack of segregated provision within the original plans. 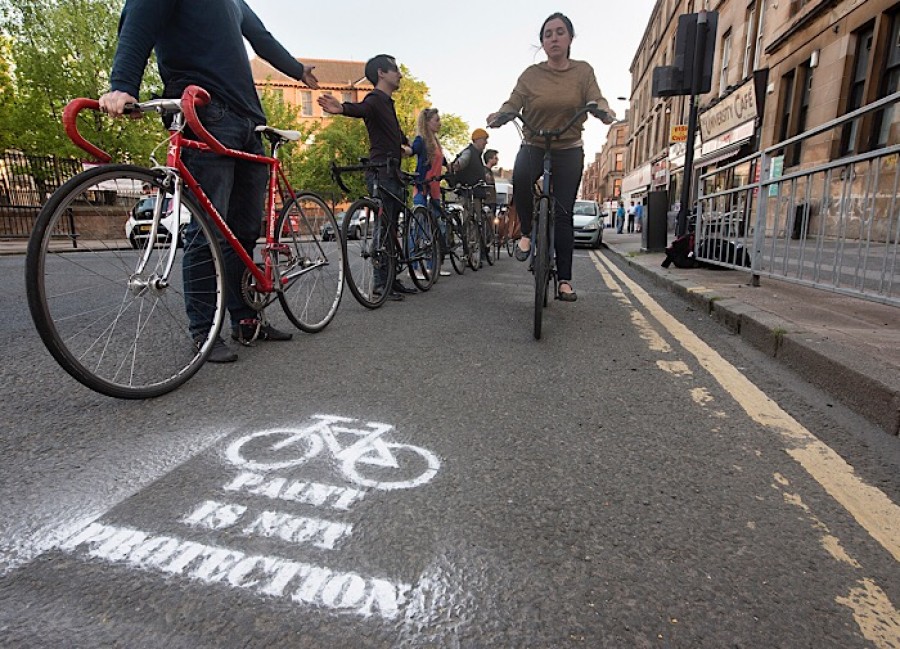 Protests: cycling group GoBike demonstrated over the lack of a segregated lane

Iona Shepherd, convenor of the cycling pressure group GoBike, said: "We are relieved that plans for Byres Road are being looked at again in order to give active travel it’s rightful space in our people friendly places.

"Byres Road could be a key route within a slowly growing safe network for cycling within Glasgow, but without fully segregated cycle lanes and a reduction in through traffic, the high rates of accidents and pollution in the area will remain.

"For Byres Road to be a truly liveable street where businesses will thrive, people of all ages and abilities must have the option to safely travel there on foot or by bike."

Comments on social media suggest not everyone thinks prioritising people on bicycles over cars is a good idea.

One said the move would be "catastrophic" for Byres Road.