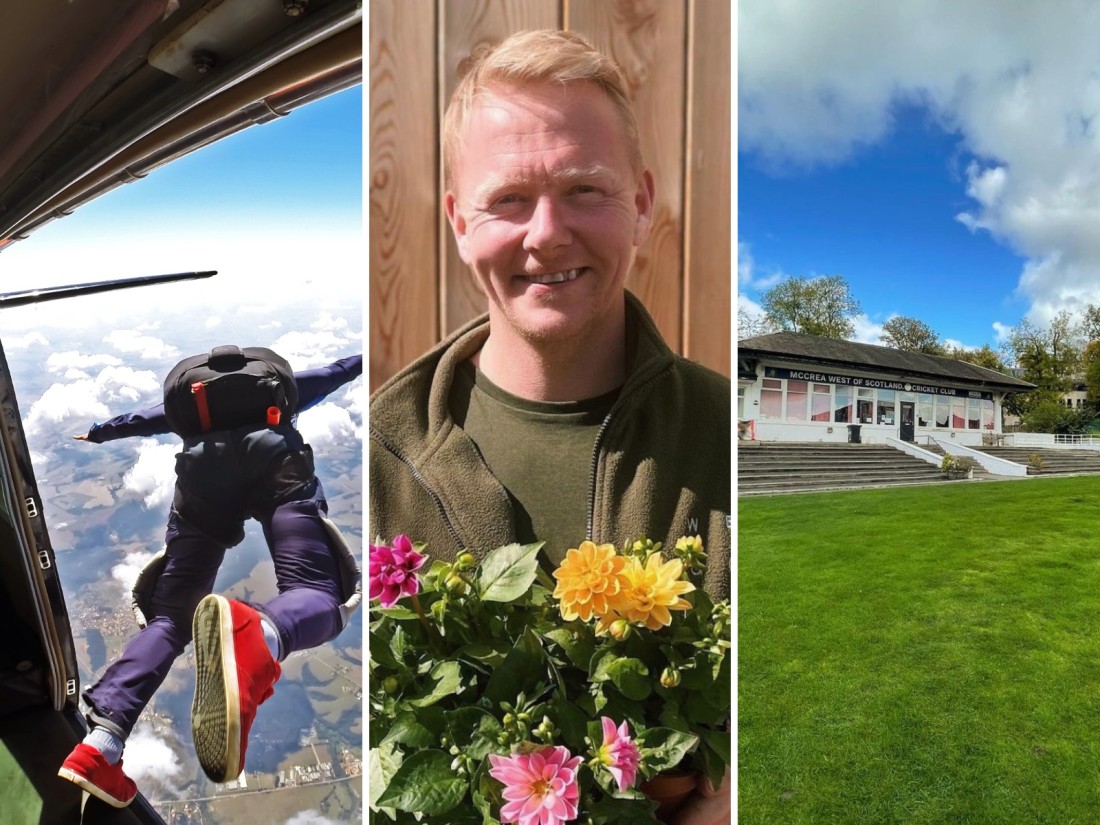 A business owner is to face his greatest fear - all in a good cause.

Martin McCarron will leap 10,000ft out of an aeroplane later this month to raise money for West of Scotland Cricket Club.

The club is in need of money after a devastating flood during lockdown.

Martin, who owns West End Garden Centre which occupies a corner of the cricket ground in Partick, hopes to raise £1,000.

But he says he is terrified of heights and is dreading having to make the leap.

Martin, 37, said: "I am absolutely terrified. 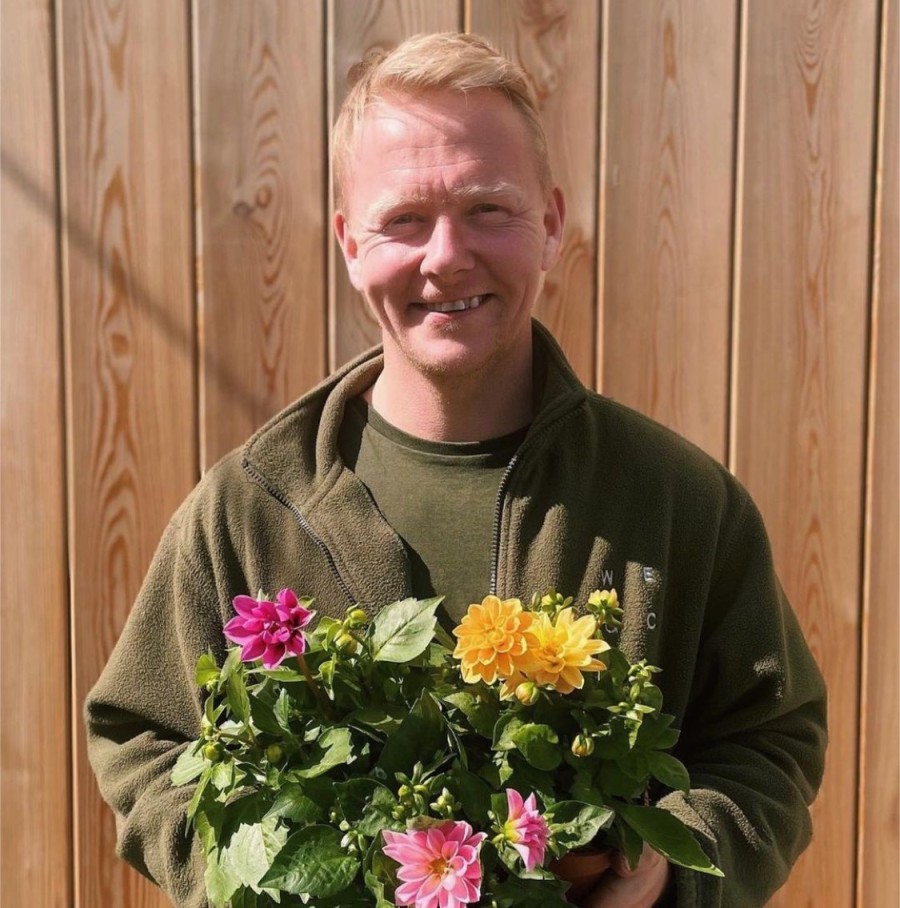 "For someone who doesn't like heights, this is my worst nightmare.

"I go funny when I climb a tall building, never mind throwing myself out of a plane at 10,000ft.

"I wanted to raise money for something worthwhile to justify putting myself through this."

He explained his wife Stephanie bought him the skydive jump for his birthday last year.

She will be doing the jump with him, but Martin had tried to forget about the looming experience.

Martin has already raised more than half his target for his neighbours.

For someone who doesn't like heights, this is my worst nightmare. I wanted to raise money for something worthwhile to justify putting myself through this.

His gofundme page says: "The West of Scotland Cricket Club is not only the home to the West end Garden Centre but is a truly iconic and historical sporting venue.

"Cricket has been played here since 1862, and the club continues to field teams of all ages and levels.

"In addition, the ground hosted the first-ever international football match between Scotland & England 150 years ago on 30/11/1872.

"The current pavilion was built in 1922 and needs essential repair, having suffered a significant flood in January 2021.

"With this in mind, the club, a registered Community Sports Club ( eligible for gift aid donations), is currently raising money to meet a shortfall in the projected costs of the repair & renovation of its historical pavilion and insurance receipts. 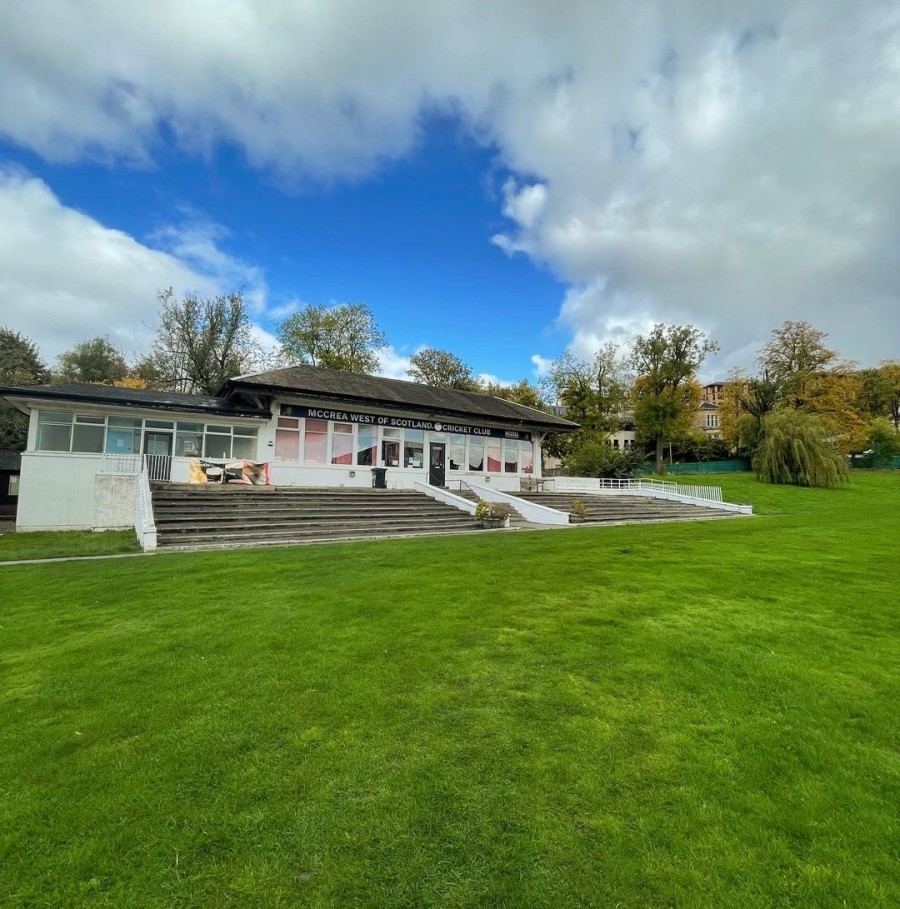 West of Scotland Cricket Club suffered a flood in January 2021

"Support is required to preserve this important facility in Glasgow and help to guarantee its future for the next 160 years."

"He in turn is very supportive and it is typical of Martin to offer assistance when the club needs finance for our major renovation project - he’s a brave man and we wish him a very safe landing!”

* You can donate to Martin's skydive appeal here