The team that plays in Scottish Rugby’s BT National League division 2 has raised £23,313.

A West End rugby team has raised more than £23,000 for good causes. 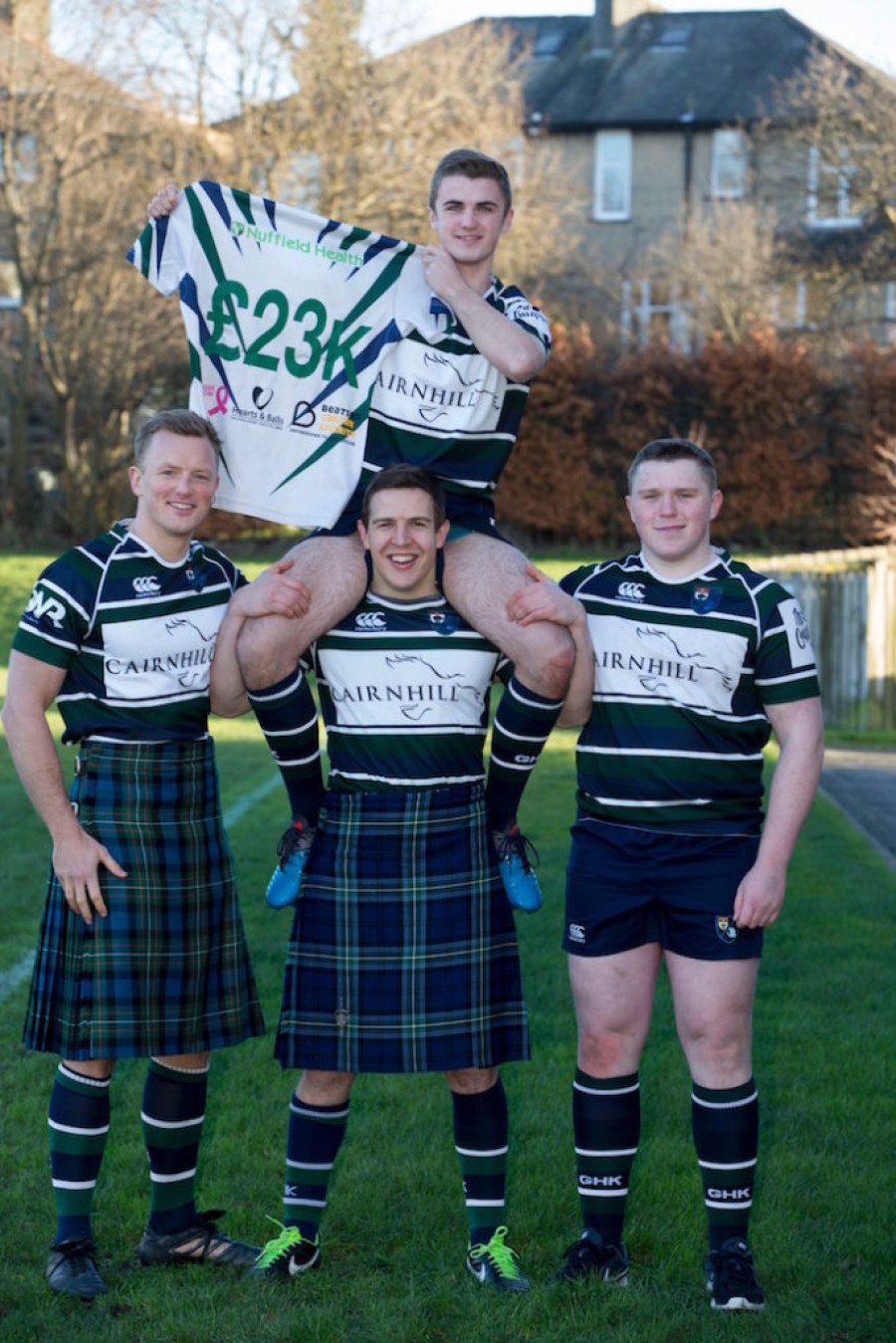 Team effort: players have been working hard off the field to raise money for good causes

It then wore kilts for the Royal Bank of Scotland Kiltwalk to fundraise for Hearts & Balls.

But its tour de force was stripping bare to raise more than £10,000 for both charities and Beatson Cancer Charity.

The team which plays in Scottish Rugby’s BT National League division 2 has raised £23,313 in total since last year.

He said: “This fundraising helped to bring the team together off the pitch and I challenge every other club in Scotland to do the same.

"The three charities were chosen because they were very close to our hearts for a number of reasons.

“Rugby clubs can really be a force for good and when we work as a team, we can really make a difference."

Hearts & Balls, a rugby charity which supports players who suffer lifechanging injuries, received almost £16,000 from the club in the last 18 months.

The charity’s chairman Kenny Hamilton said: “Our charity’s main focus is to help rugby help its own, and that’s exactly what everyone involved at GHK has done.

"This money will make a real and lasting difference to rugby players across Scotland who have suffered an injury playing the game they love.

"This is a great example of the rugby community going above and beyond to provide support.

“Thanks to GHK for what was a real club effort. Rugby players are a competitive bunch and I daresay this sets down a marker for other clubs.”