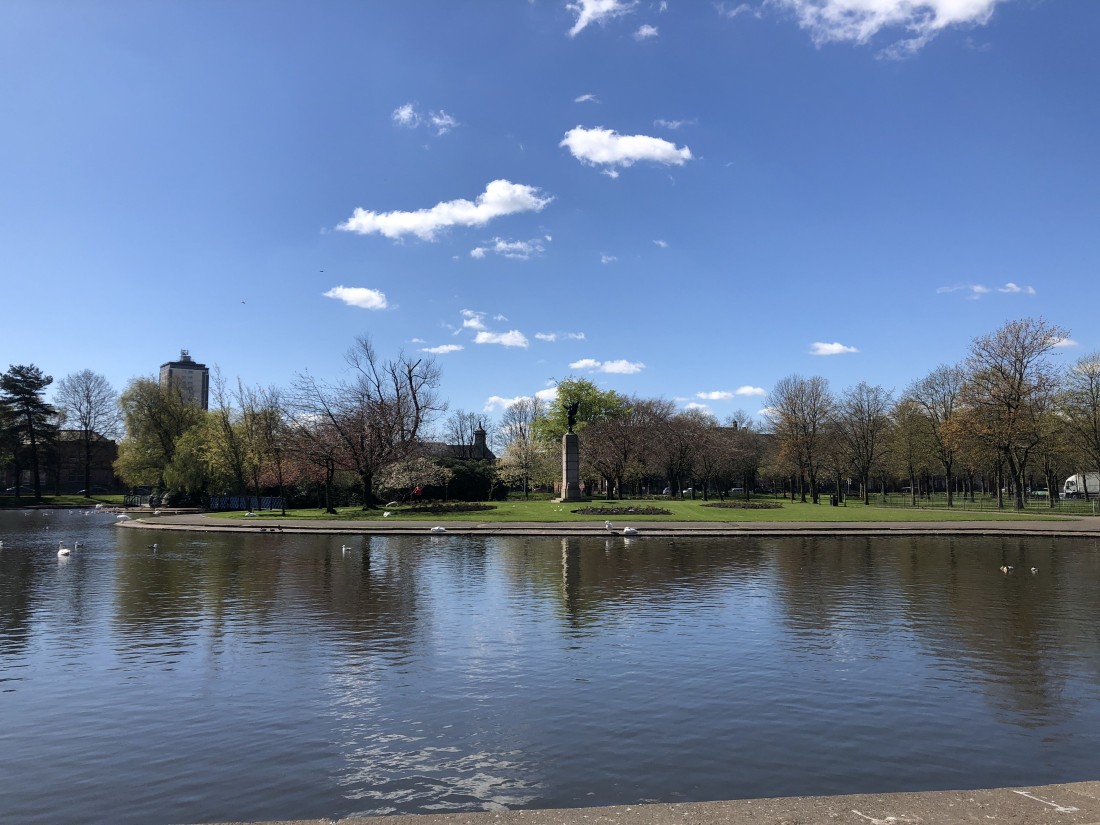 A woman who saved the life of a little girl in Victoria Park has warned parents to be vigilant next to water.

Victoria Crane was called upon to do something in a split second that she thought she would never have to do.

The 27-year-old care assistant said she reacted instinctively when the two-year-old girl was pulled out of the pond barely conscious.

In an instant she was giving first aid and trying to resuscitate the youngster.

The girl’s mouth was tensed-up and closed, and Victoria was not immediately able to clear her airway.

Eventually, she was instructed to administer CPR by the ambulance operator who took the emergency call.

The girl’s breathing resumed as she responded to the compressions on her chest.

According to Victoria, she was with the child for 25 minutes before paramedics were able to get to the location. 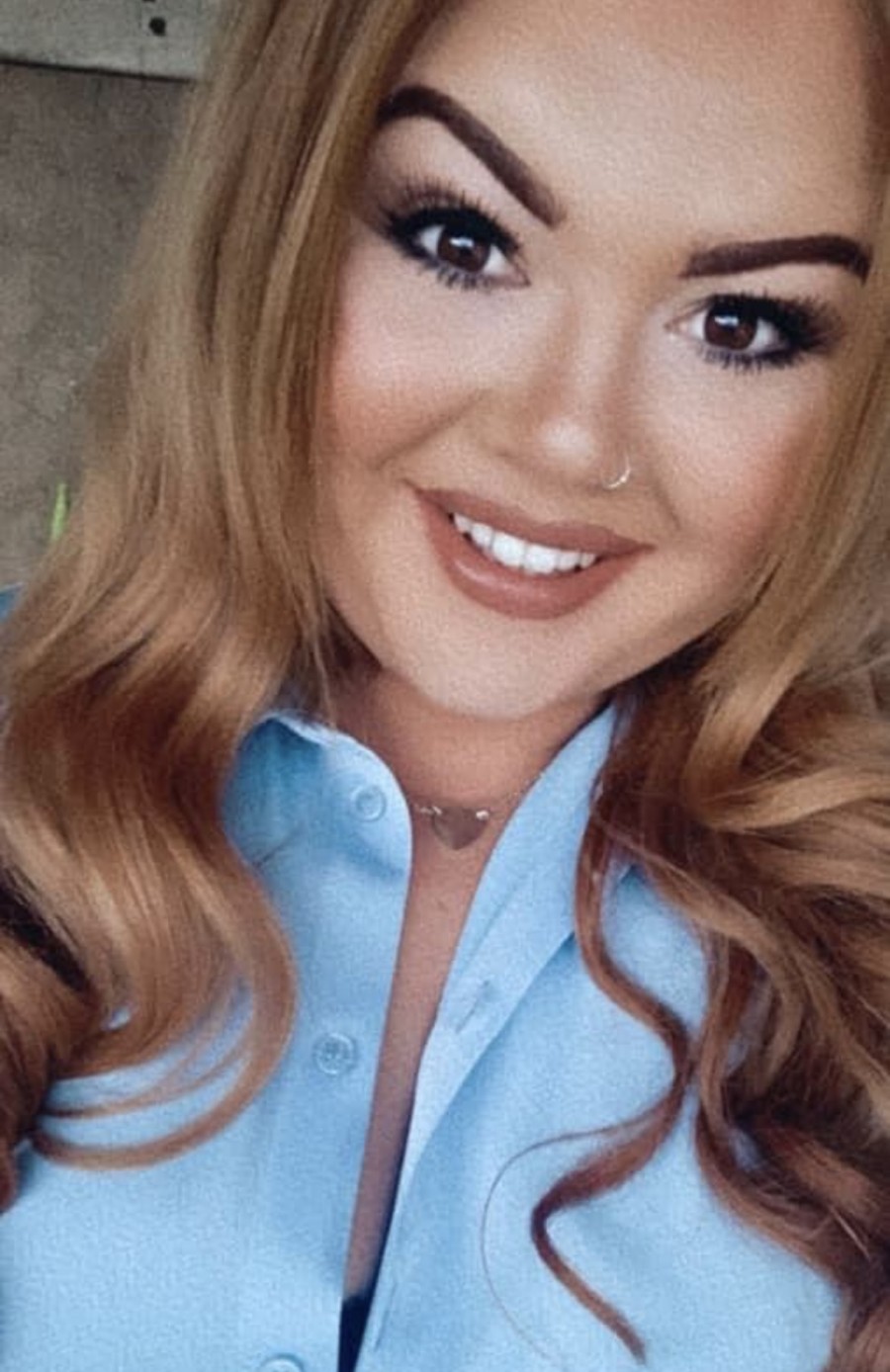 Victoria Crane was visiting the park on her birthday

Witnesses reported on social media that a mini-bus had been obstructing the entrance to the park, but that has not been confirmed by the ambulance service.

The incident happened at around 3pm on Tuesday July 26.

Victoria said the situation was the scariest thing she has ever had to face.

“It was my birthday, and we had been going to an inflatable play park but the place was busy so we went to Victoria Park instead.

“We were sitting on a bench by the statue when an older man shouted that he had pulled a wee girl out of the water.

“We were the closest people to him, so I ran over.

“I had done brief first aid training going through college but I never really expected to have to use it, especially on such a small child.

“I took the girl and put her in the recovery position. She had brought up a lot of water, which was good.

“She was a black child and I noticed her family. At first they thought I was mad, but then they realised it was their daughter.

“The mum came running over.

“It was very busy. There was quite a lot of people trying to help.

“I got my friend to phone an ambulance and stripped the girl’s clothes off and took the man’s jacket and wrapped her up to keep her warm.

“She was just going in and out of consciousness.

“The ambulance operator asked us to get the defibrillator (which was nearby) but luckily we didn’t have to use it. 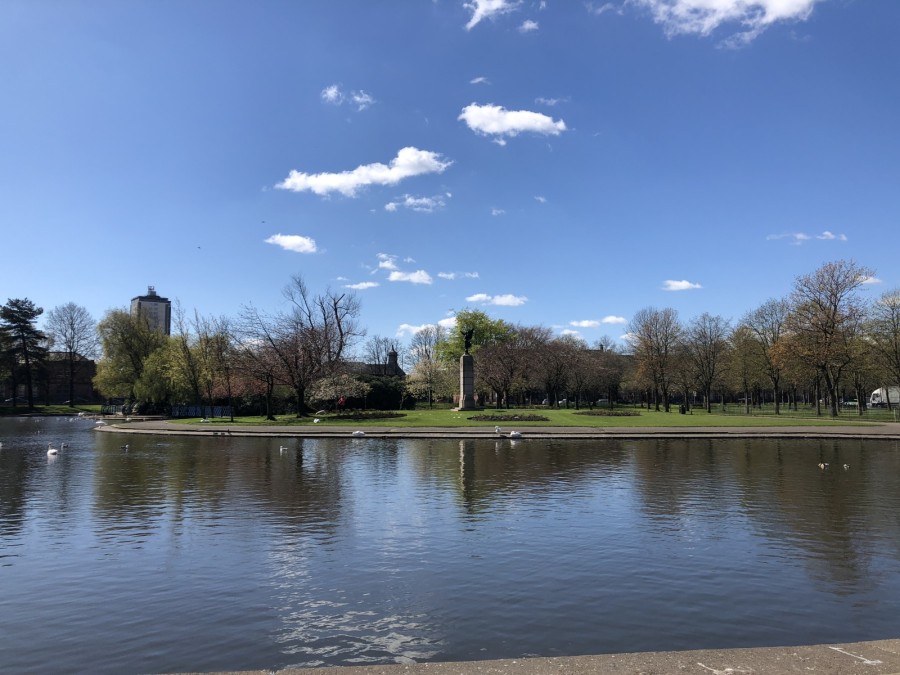 Victoria Park was busy with people

“I was following what the operator was telling me to do on the phone, such as check the airways.

“But I couldn't actually get into her mouth, I think because she was in and out of consciousness.

“After I had been on the phone for about 15 minutes, her chest was no longer rising and that’s when I was told to administer CPR.

“I couldn't really feel her breath on my ear. It was such a horrible thing to have to do.

“The chest compressions and the mouth-to-mouth were going on for about five minutes when the girl started making a noise, as if she was coming round - and that’s when the paramedics arrived.

“As far as I know, the entrance where an ambulance would come in to the park was blocked by a minivan. That’s what people at the park had said on social media.

“To be honest, I was very unaware of everything that was happening round about me.

“I was concentrating very much on this wee girl, and I had her mum next to me who kept trying to pick her up.

“I was saying we need to keep her on the ground, but the mum didn’t speak very good English, and obviously she was very upset.

“She was saying her daughter had ‘gone, she’s gone’. I was trying to calm her down.

“I said we were going to keep her safe.

“About 10 minutes after the paramedics arrived I heard the little girl screaming in the back of the ambulance.

I had done brief first aid training going through college but I never really expected to have to use it, especially on such a small child.

“Although it was a child screaming it was such a relief to hear her scream - after not hearing any sound from her for those 25 minutes, which felt like a lifetime.

“One of the ambulance crew came over to me and said 'well done, you have saved this wee girl’s life and she’s going to be okay' and that’s reassuring to me.”

Victoria has been reliving the moments since the drama happened, and hardly slept that night thinking about the girl.

She doesn’t know who the family are and would love to know how the girl is doing now.

She also wants people to be aware of how important first aid skills are, and how anyone at any time could be called upon to use them.

“I was just going over the situation in my head. And I suppose you think what if? What if I wasn't there, what it wasn't a busy day?

“What if nobody had noticed the little girl?

“It was really fortunate. I think it was actually an older lady who had asked for help from this older gentleman. What if they hadn’t been there?”

“I think girl had been under the water for two or three minutes before she was pulled out.”

She said of her actions: “Because I’m a mum myself, I just went straight into flight mode, I was just in the zone.

“But you never think you are going to need your first aid training, especially the paediatrics one.”

Victoria posted about the incident on Facebook to spread awareness of the dangers of young children and water.

“I didn’t post it for praise or any sort of judgement on anyone, it was to spread awareness that this could be you, or your child.

“Even just knowing basic first aid, especially about doing chest compressions on a child, is so important.

"I wouldn't consider myself a hero. I just did what needed to be done in a scary situation for all.

"As much as it was traumatising, I would do it again in a heart beat if it meant saving someone's life."

The Scottish Ambulance Service spokesperson said: "We received a call at 1517 hours to attend an incident at Victoria Park.

"We dispatched five resources to the scene, including our special operations team and trauma team, and transferred one patient to hospital.”

The service could not provide any information about any delay to crews getting access to the park.