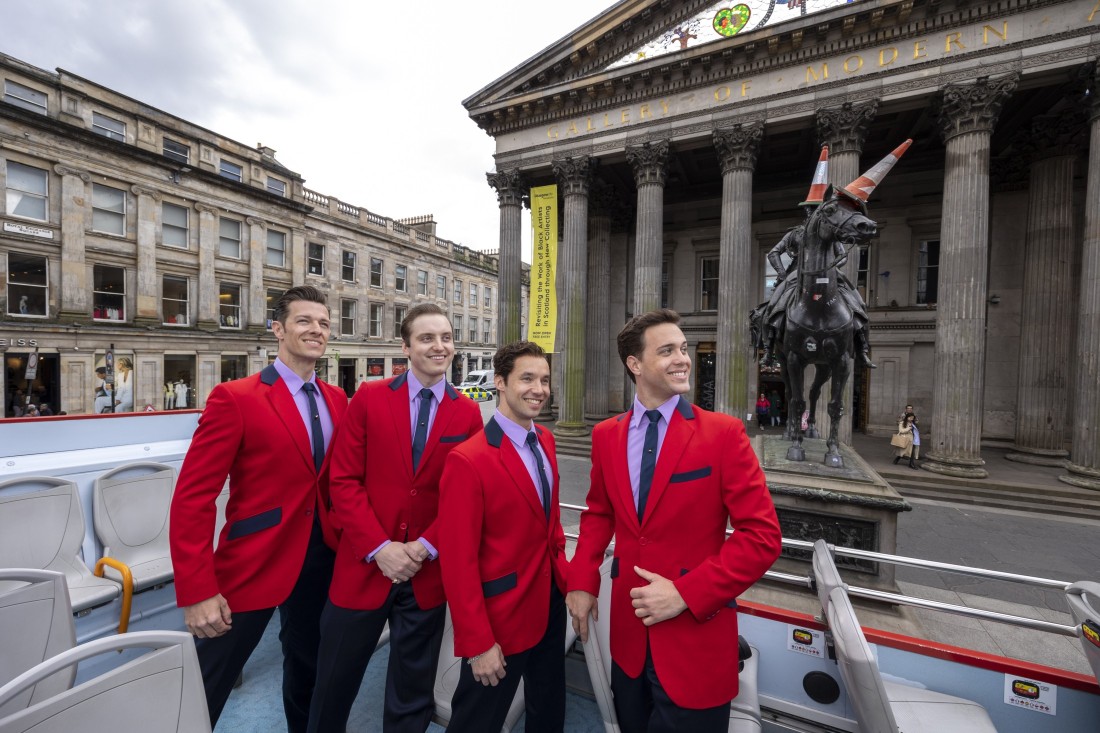 The Oliver Award-winning musical tells the story of Franki Valli and The Four Seasons.Photo: Martin Shields

Can’t take my eyes off you … 'Jersey Boys' returns

Back by popular demand, Jersey Boys returns to The King’s Theatre for another run.

The Oliver Award-winning musical tells the story of Frankie Valli and The Four Seasons.

It charts the group's rise to fame from the streets of New Jersey to the Rock and Roll Hall of Fame.

And the three-week run of shows opens Tuesday April 19.

Photographer Martin Shields got some great shots of the boys against the city’s iconic landmarks. 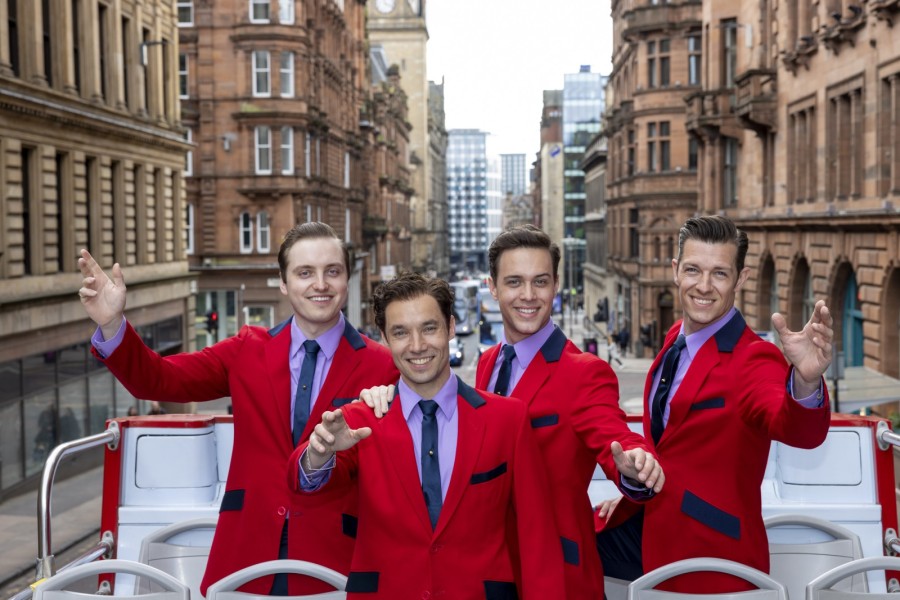 The Jersey Boys has a three-week run in Glasgow. Photo: Martin Shields

A press release for the show reads: “They were just four guys from Jersey, until they sang their very first note.

“They had a sound nobody had ever heard … and the radio just couldn’t get enough of.â¯

“But while their harmonies were perfect on stage, off stage it was a very different story - a story that has made them an international sensation all over again."

Gallery: photo-call for The Jersey Boys

"The show features all the hits including Sherry, Big Girls Don’t Cry, Oh What A Night, Walk Like A Man, Can’t Take My Eyes Off You and Working My Way Back To You.”