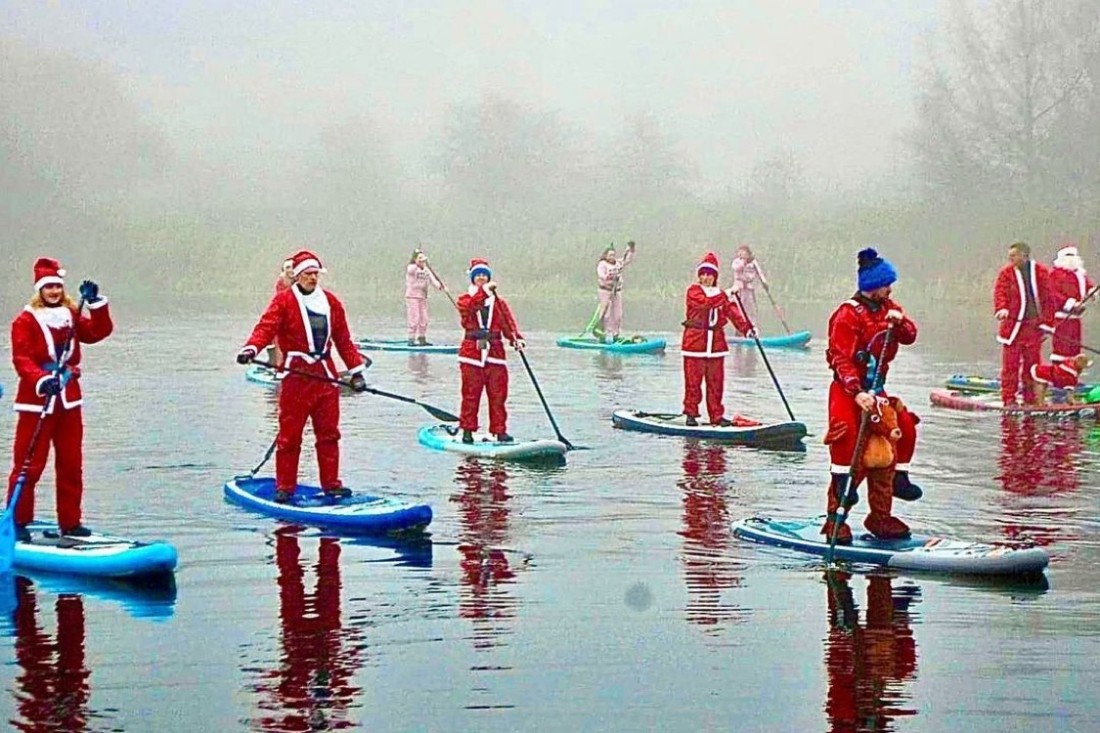 Santas take to the water for a festive fundraiser. All images: Glasgow Paddleboard Co.

Out of the mist they came. More than 40 paddleboarders donned Santa suits and took to the water in Glasgow at the weekend.

The festive flotilla was raising money for a good cause - £250 for the Radio Clyde Cash For Kids charity.

Ally Findlay at Glasgow Paddleboarders Co said everyone was up for the challenge.

The group took to the Clyde & Forth Canal and paddled their way around Firhill and Maryhill.

“We had a great turn out and the conditions were much better than last year.

“The Santa Paddle was a charity thing we did for Cash For Kids.

“Last year the weather was terrible, and only around four people braved the conditions.” 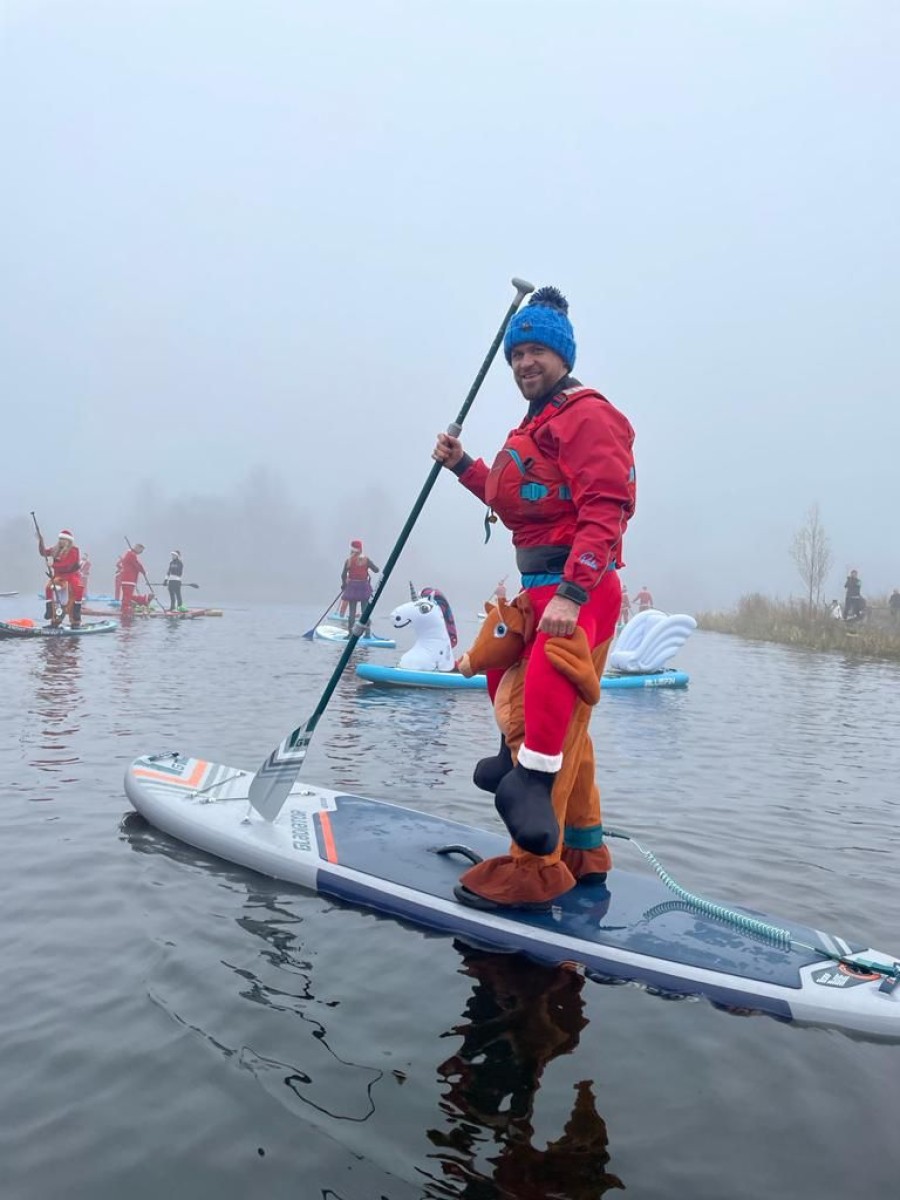 Having fun on the water. Photo Matthew Hurding/Glasgow Paddleboard Co

The club has grown massively since the first lockdown.

The sport has found a legion of paddlers wanting to be active and sociable outdoors and in a safe space.

Numbers signed up to the Facebook group has risen from 120 people to 2,800.

Now Ally plans to develop the sport further and set the club up on a proper footing.

“We are in the process of setting up as a more official club.

“The idea is that we will be affiliated to the Water Skills Academy as opposed to just organising socials on Facebook.

We had a great turn out and the conditions were much better than last year.

“People will join and pay a membership and help develop the sport in Glasgow.

“Because of the numbers involved now, it needs to become a club to develop people’s skills and help progression.

“That’s the plan and we hope to release that in January.” 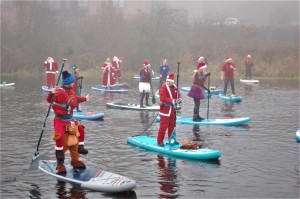 Glasgow Paddleboarders was set up three years ago.

A limited company was formed in April alongside the social club that organises free outings.

They meet on the canal, and also paddle on to the Clyde, at Barrhead and at Loch Lomond.

“If it’s not good weather, we can usually use the canal because it is pretty shallow down there usually.

“For the Santa paddle, we launched from Applecross Street and we went around the circle in the harbour at Firhill.

“It’s a great sport for the outdoors and in these times when you need to stay socially-distanced.”