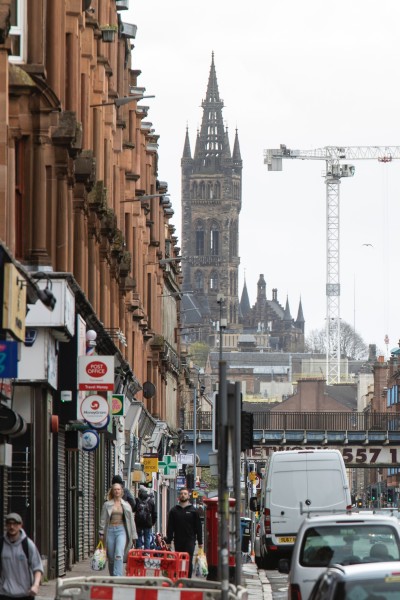 This residential district along Dumbarton Road is home to an array of small, independent shops, cafes, bars and restaurants, and more are opening. We speak to three business owners.

Every area needs a decent bar and at least one good restaurant before it can say it has arrived.

That is now the case in Thornwood. Marc Ferrier and Ken Hamilton set their sights on the Thornwood Bar in 2019. They oversaw a £275,000 investment turning a tired old boozer into a vibrant traditional pub serving great food and drink.

They clearly saw the district was on the way up and their commitment to the area didn’t stop there. Last year, they seized the opportunity to take over the former Six Degrees North bar on Dumbarton Road.

In an exciting move, along with Fraser Hamilton, they teamed up with restaurateur Julie Lin, owner of Juiie’s Kopitiam, to open GaGa.

The neighbourhood now boasts one of the most sought- out places in the West End, with its innovative South East Asian menu and drinks offerings. 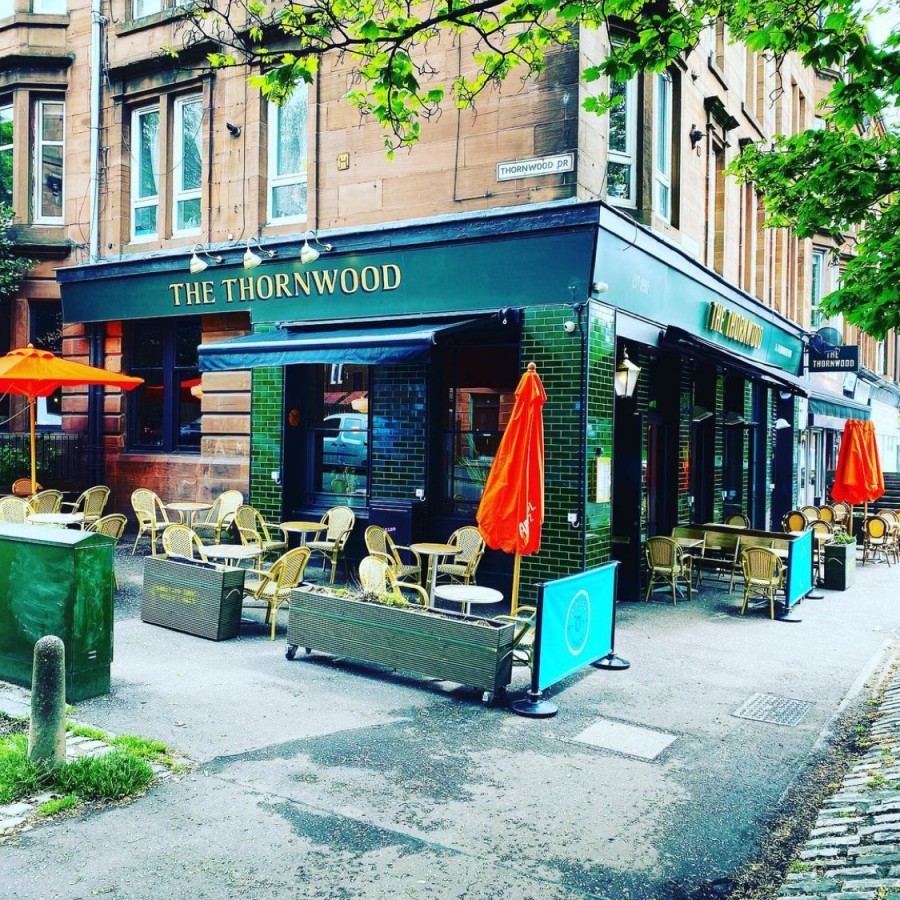 The two venues create a true reason to venture away from the entertainment heartlands of Byres Road, Finnieston and even Partick Cross.

Marc said: “We love being in this part of the city, with it’s character and community. Thornwood is definitely a place where people want to come to.

"It has great shops and cafes, and new businesses such as Orzel are setting up all the time.

"All of us in the team are really proud to be putting this place on the map. We think we have a lot to offer people who are looking for somewhere new to try." 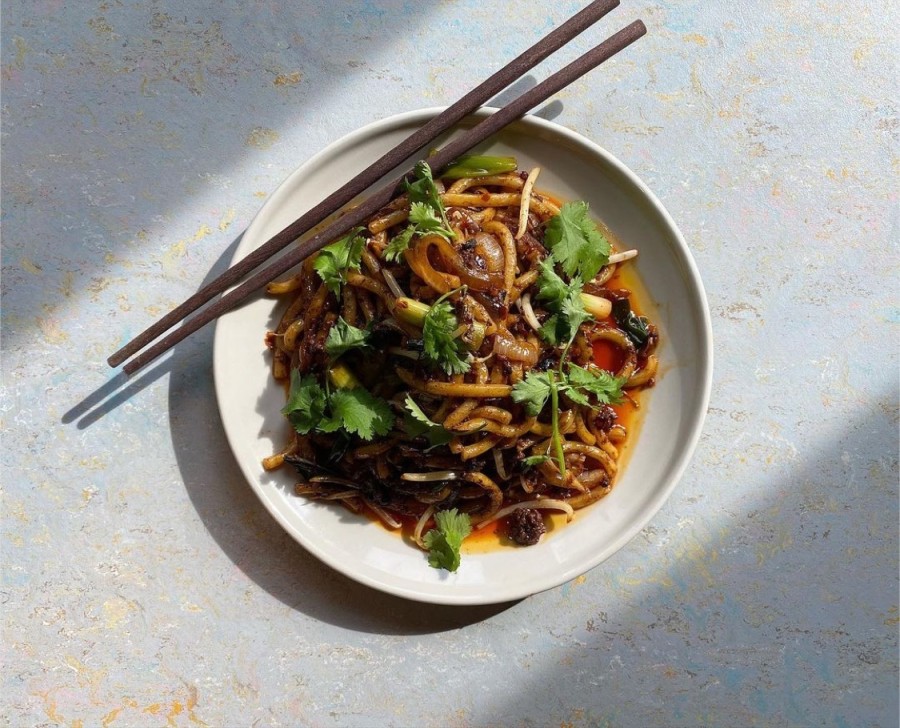 We love being in this part of the city, with it’s character and community. Thornwood is definitely a place where people want to come to.

Stephen Higgins says he has always “gravitated to this part of the city”.

Partick was where he had his first flat in the West End, and now he loves the independent feel of the neighbour-hood.

His business Found, which he opened in November 2015, has gone some way to setting the tone. It specialises in vintage, refurbished and new design-led furniture, lighting and homewares.

You could say he is the curator of curiosities and artefacts that add a statement to a space. He loves the growing vibe of Thornwood. It’s an area on the up.

“There’s not always been the right type of businesses to pull people down here, but there is now. People are starting to discover this part of the city,” he says. 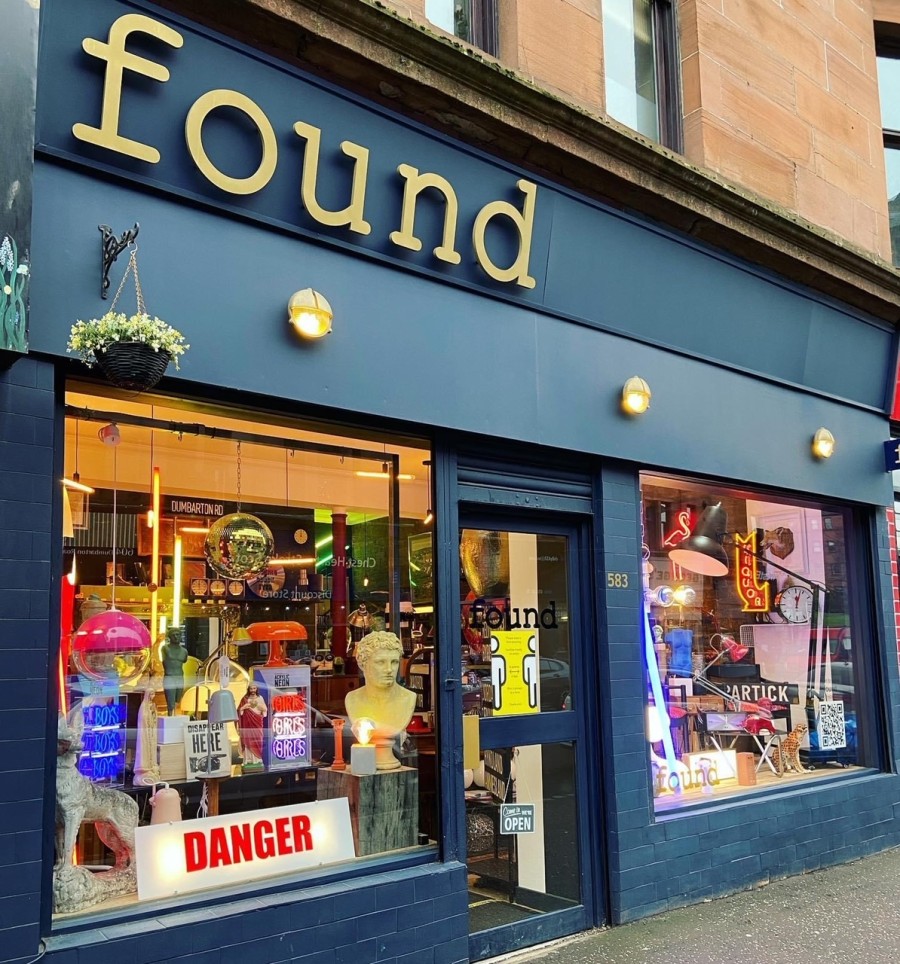 In a former life, Stephen was an operations manager in the motor trade, but after 20 years of that he had enough of corporate life and wanted to do something different.

“I wanted to use my hands and I have always had a bit of an eye for design. What I do is a mixture of new, refurbished and vintage.

"The refurbished items are the items that have been brought back to life, basically. Most of the lighting comes from Italy."

Stephen enjoys the fact that there are other good businesses now around him and there is a growing sense of location.

“It’s an afternoon destination where you can shop for something for the house, and then can go and get a bite to eat, or go for a pint.

"When Orzel opens we will have menswear ticked as well.” 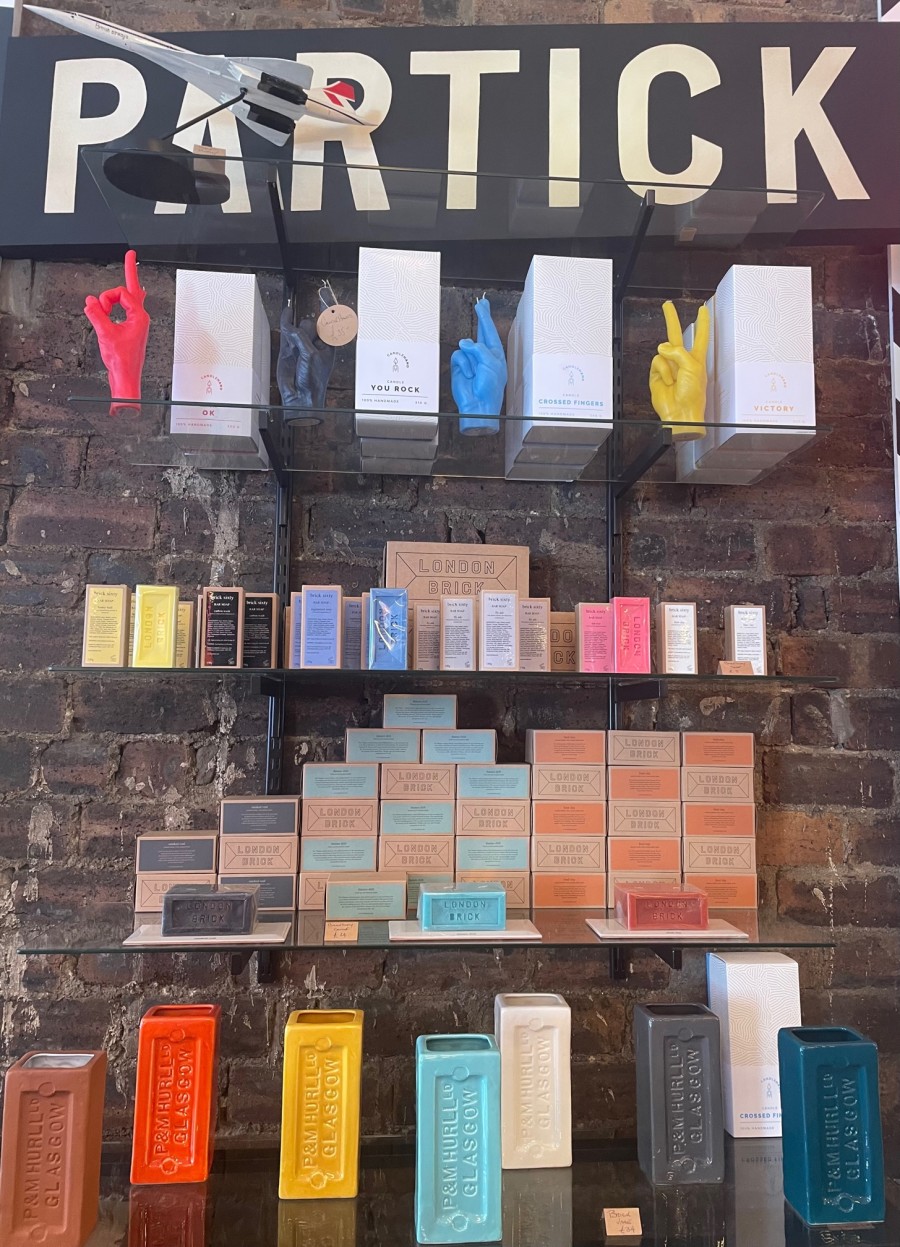 I wanted to use my hands and I have always had a bit of an eye for design. What I do is a mixture of new, refurbished and vintage.

In May, the latest business to open up in Thornwood will be Orzel menswear.

Grant Agnew has strong family ties with the area and with the unit he has been renovating. The store was previously in the family through a relative, Duncan Paul, who was a hairdresser in the West End.

Grant’s parents’ first flat was just along the road, while his very own first pop-up was at Nicoll’s gallery in the same block. So, the ties with Thornwood go deep.

Grant says: “There’s a great community spirit in the area, and everyone has been popping in to see us. We can’t wait to be joining the brilliant independents already here.”

Orzel is a strong independent brand that wants to chart its own course in the market, and offer customers something bit more bespoke, more considered. 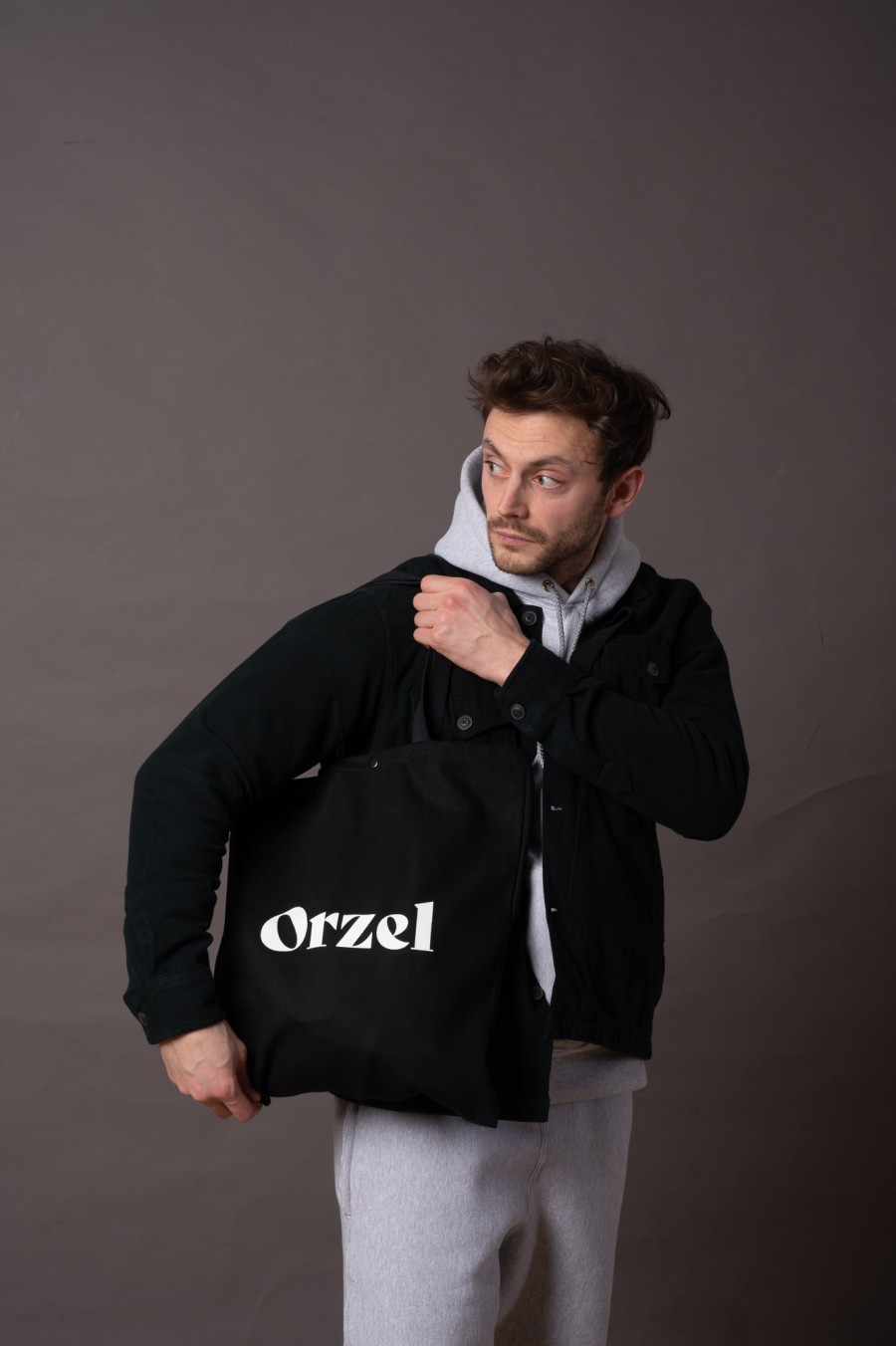 Grant says: “We are focused on selling authentic clothes and products made by people who care about what they are making and how they do it.

"We have some brilliant brands including YMC and Albam from the UK, Corridor, Camber and Lady White Co. from the USA and Livid Jeans from Norway.

"As well as being big fans of the clothes they make, we also love how these businesses operate. All the brands operate to the highest of standards."

Orzel also works with local makers on own brand items such as wallets and tote bags.

Grant said: “I want Orzel at 678 Dumbarton Road to be a place where people know they will be able to get something special, and where they feel welcome.” 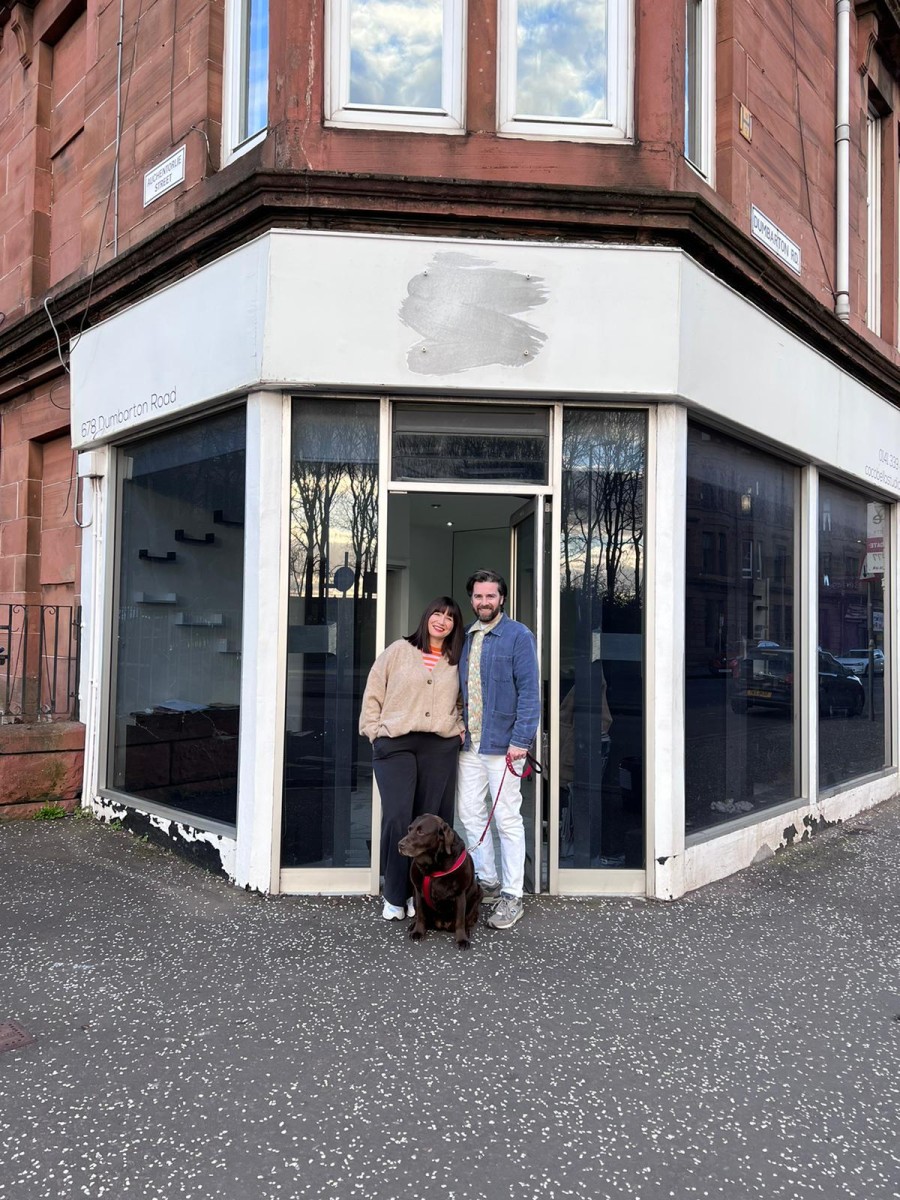 Grant and Claire at Orzel. Opening May.

We are focused on selling authentic clothes and products made by people who care about what they are making and how they do it.

Down Your Way highlights three businesses in one location. Get in touch if you want to share the cost of promotion. Email: advertising@glasgowwestendtoday.scot
Share this story