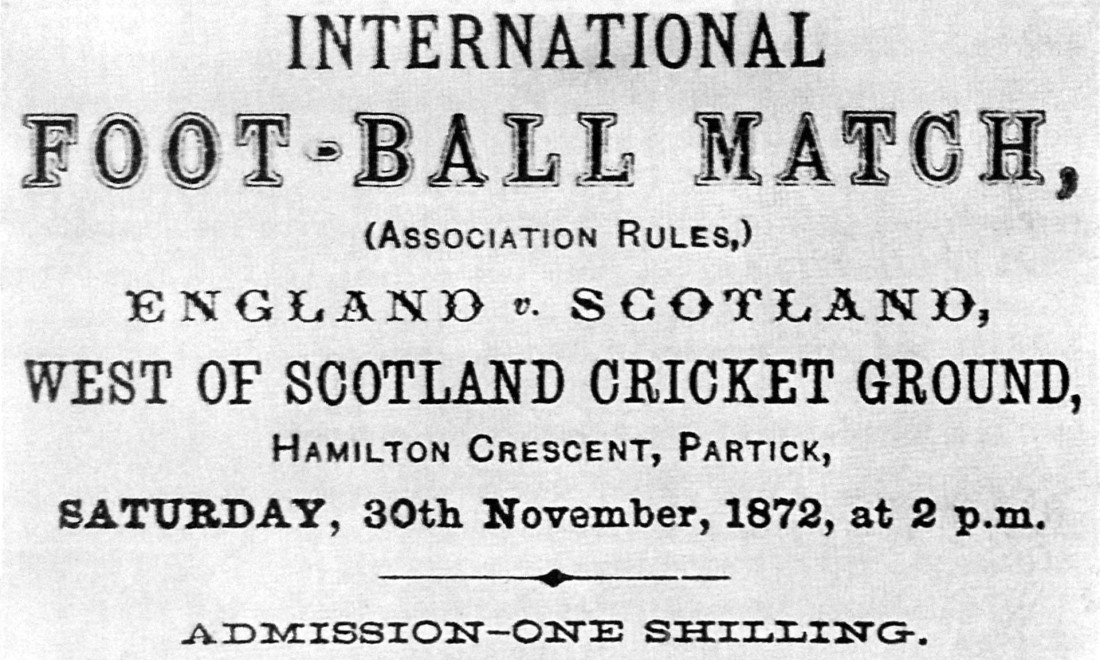 When Scotland hosted England in the first international football matchWikipedia

Little did the 2,500 or so spectators 150 years ago realise they were witnessing the birth of a global sport.

In the shadow of the newly-constructed Partick Burgh Hall, two football teams, one from Scotland, one from England took to the field at the West of Scotland Cricket ground at Hamilton Crescent.

In good conditions and autumnal light, the players began a rivalry that exists to this day. The game ended 0-0 and Scotland had a goal disallowed.

It was the first International football match the world had ever seen - and a precursor to the modern game.

The report in the Glasgow Herald the following Monday read: “On Saturday afternoon, a football match between teams selected from England and Scotland took place on the West of Scotland ground, Hamilton Crescent, Partick.

“This was the first occasion on which an Association team has contested a Scotch eleven on this side of the Border, and the event naturally created an unusual degree of interest.

“The weather, happily, proved favourable, and there was a large attendance of spectators. The Scotch men won the toss, and the strangers kicked off at a quarter-past two.” 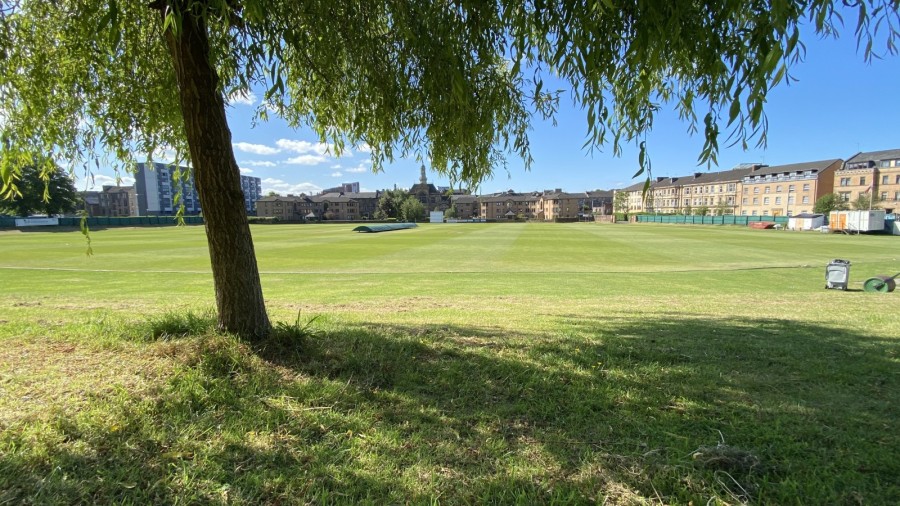 The date Saturday November 30 - St Andrew’s Day - 1872 is one of the most important in the history of sport.

Yet, the event and its importance are not widely appreciated or recognised. Only a small plaque on the side of the present cricket pavillion marks the spot where history was made.

Football heritage group Hampden Collection are determined to mark the sesquicentennial in a few months time.

One of the group’s founding members Graeme Brown said it was impossible to overstate the importance of Hamilton Crescent and 1872.

“Hamilton Crescent is really the incendiary point for Scotland taking control of what becomes the beautiful game. 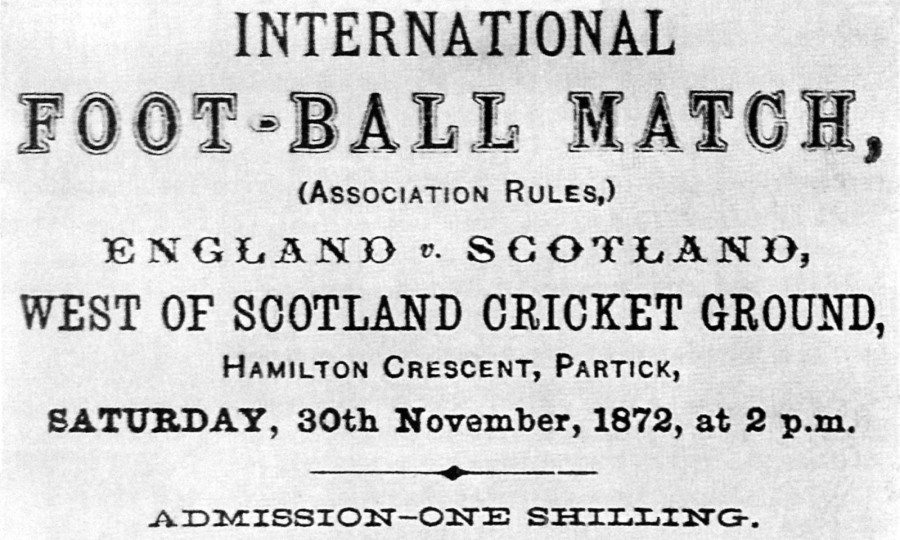 A ticket for the match 150 years ago. Wikipedia

“And they were were really worried that they would go bust. Remember, this is only a club that has existed for five years up to this point.

"But what happens is 2,500 people turn up and pay a shilling each.

"And that was enough to fund the return leg the following year, and to set the ball rolling on so many other things.

"You see, so much happens in the next two years after that match. The Scottish Football Association is created (1873), the opening of the first Hampden Park (1873) and the first Scottish Cup final (1874). From a West End point of view, you should be absolutely screaming from the rooftops ‘International football was founded in the West End of Glasgow'.

Hamilton Crescent is really the incendiary point for Scotland taking control of what becomes the beautiful game.

"Let’s be clear, international football was born in the West End of Glasgow. That should be the headline."

Several events are being organised to marked the anniversary, with details to be announced nearer the time. Meanwhile, West of Scotland Cricket Club are in discussions with the SFA about an official ceremony.

Colin Mair, WoSCC chair, said: “West of Scotland Cricket Club is very proud of our heritage as an international venue in four different sports (cricket, football, hockey and rugby), the most famous of which was the first ever Scotland v England football international on 30 November, 1872. 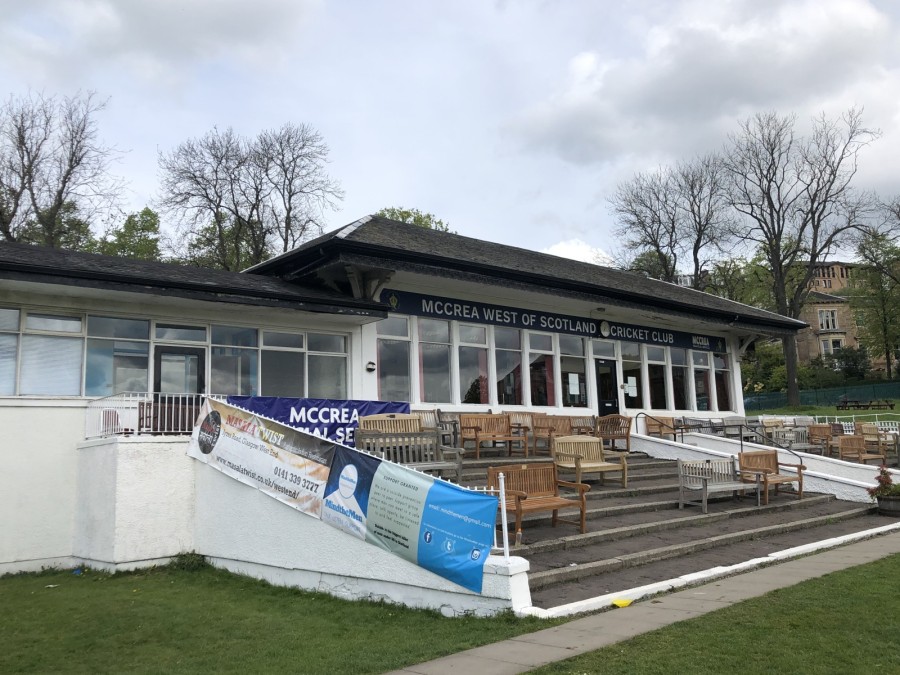 “We certainly intend to mark this important occasion and are currently liaising with interested parties, including the SFA and the Hampden Collection.”