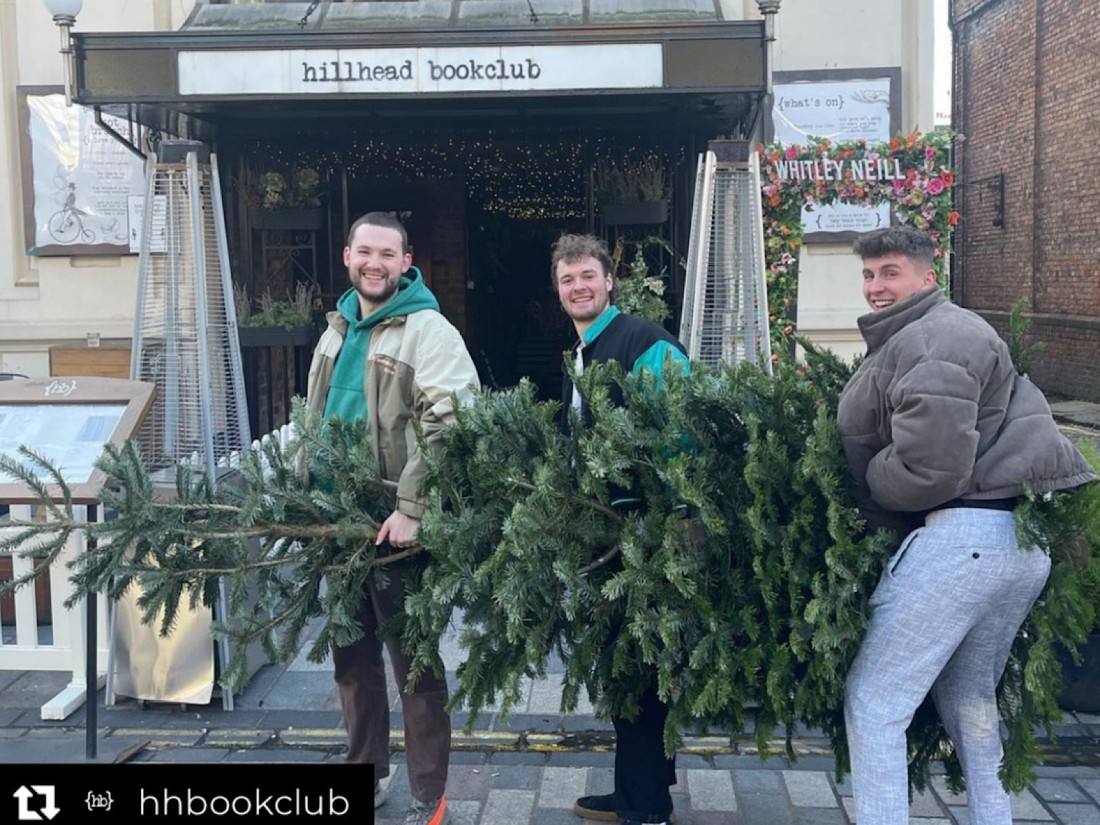 A West End bar restaurant is giving people an incentive to go green after Christmas.

Hillhead Bookclub is offering a free cup of coffee to people who recycle their trees at Kelvingrove Park.

The venue posted a picture of staff taking their tree away for disposal.

The caption challenged people to do the same - in return for a free coffee.

“The boys are taking our Christmas trees down to Kelvingrove Park.

“There’s an area just on Kelvinway where you can recycle your tree up until the 31st January.

“Take a wee piccy of you recycling your tree & we’ll give you a free cup of coffee.” 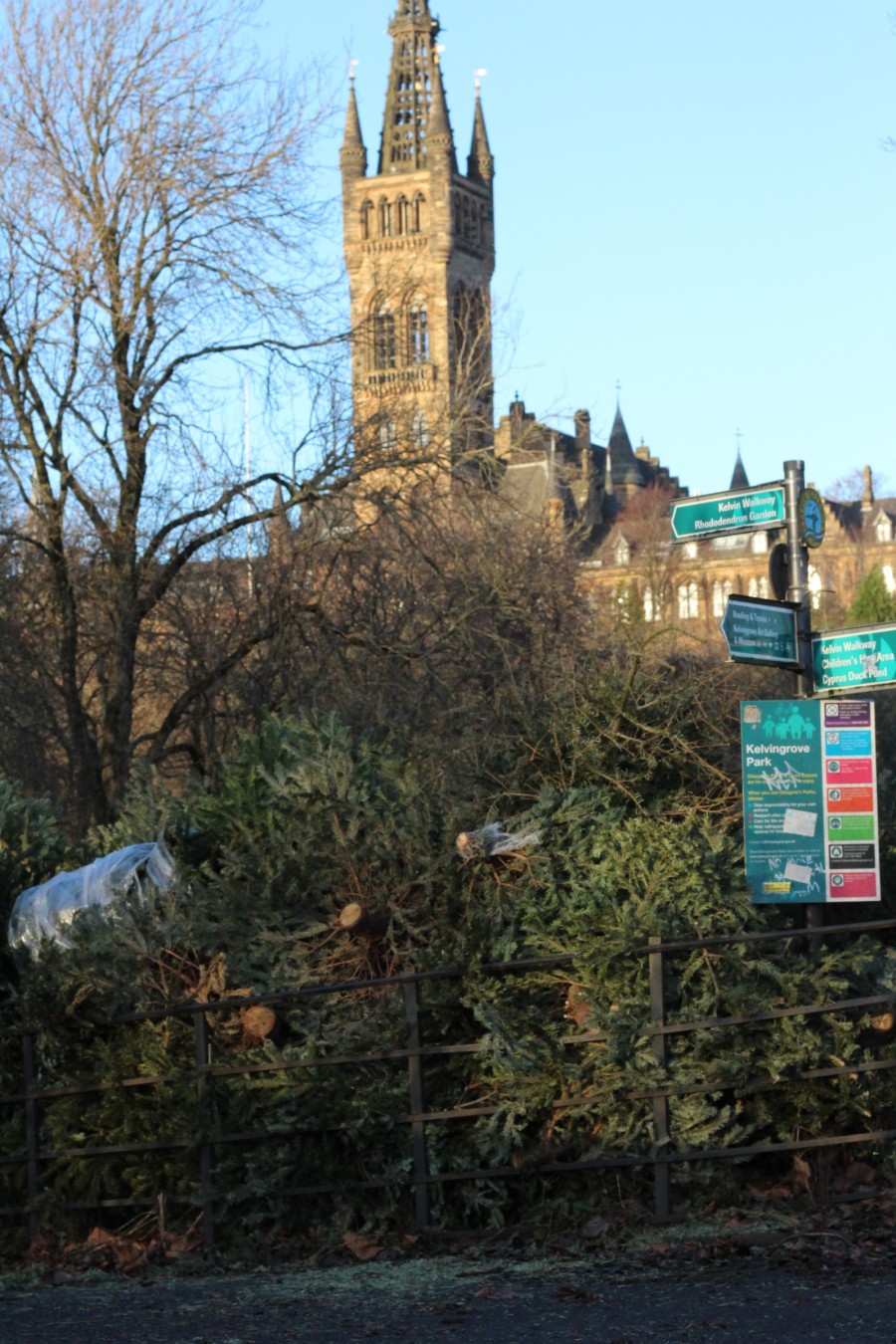 Trees can be left at Kelvingrove Park where they will be mulched.

“Following COP26 we’re all much more aware of how much work there is to be done for the environment.

“At Bookclub we had a few different organisations in during COP26 who really opened our eyes & provided useful insight in to how we as a Bar can do our bit.

“Recycling our tree is the simplest task but better than just sticking it in the bin.

“So go recycle yours & get a free coffee!”

Glasgow City Council has provided recycling at Kelvingrove Park for a number of years.

The grassed area opposite the Bandstand is already filling up with this year’s trees. 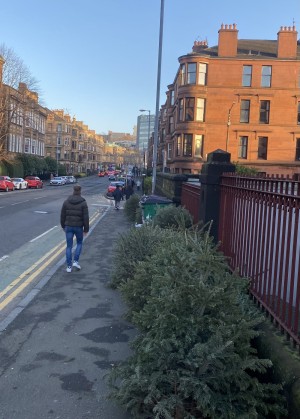 Some trees are being dumped in the street.

Since Kelvin Way was pedestrianised, people wanting to take trees to the area have a short a walk.

The extra distance doesn’t seem to be deterring people.

However, not everyone appears to be getting the green message. 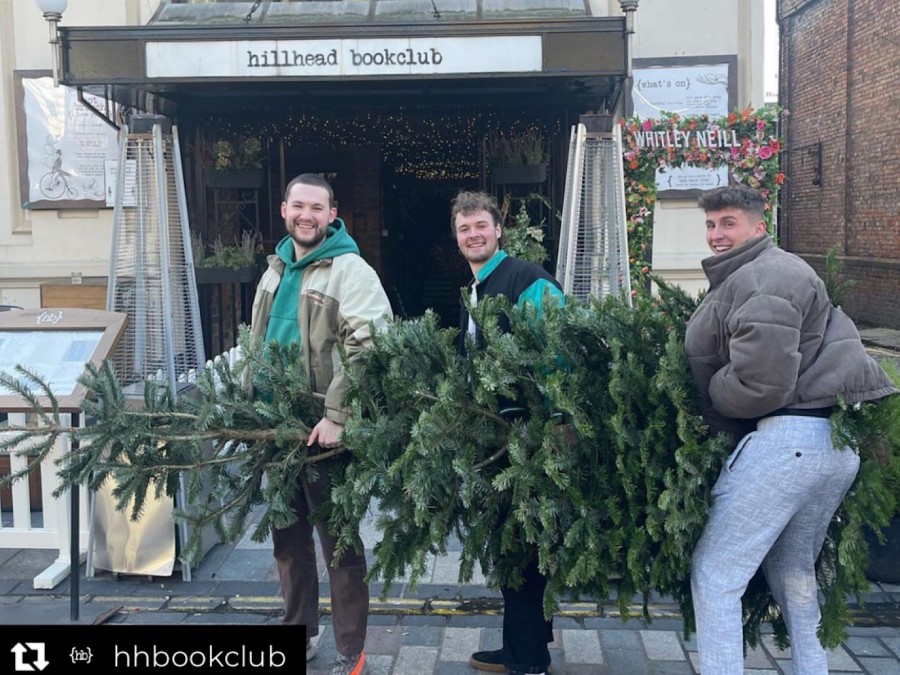 Staff at Hillhead Bookclub take the tree away for recycling

Trees are still being dumped in the street even though the council regards that as fly-tipping.

A line of abandoned trees has already appeared on Highburgh Road.

Get in touch if you have a story. Email news@glasgowwestendtoday.scot
Share this story

Zique's takes to the food stage at SWG3

The Partick diner is the latest to take up residency at the venue’s Acid Bar.