Rugby charity on target to raise £100,000 as it looks ahead to West End fundraiser

Scotland internationalist Stuart Hogg kickstarted the campaign by gifting his time at his hometown club Hawick.

A charity which provides support for injured rugby players says it's on target to raise £100,000 this year.

Hearts+Balls will host a celebration at Balgray Playing Fields on Saturday (29 June) to thank players, clubs, businesses and supporters for their efforts so far.

The charity which has roots in the West End has raised more than £50,000 already this year. 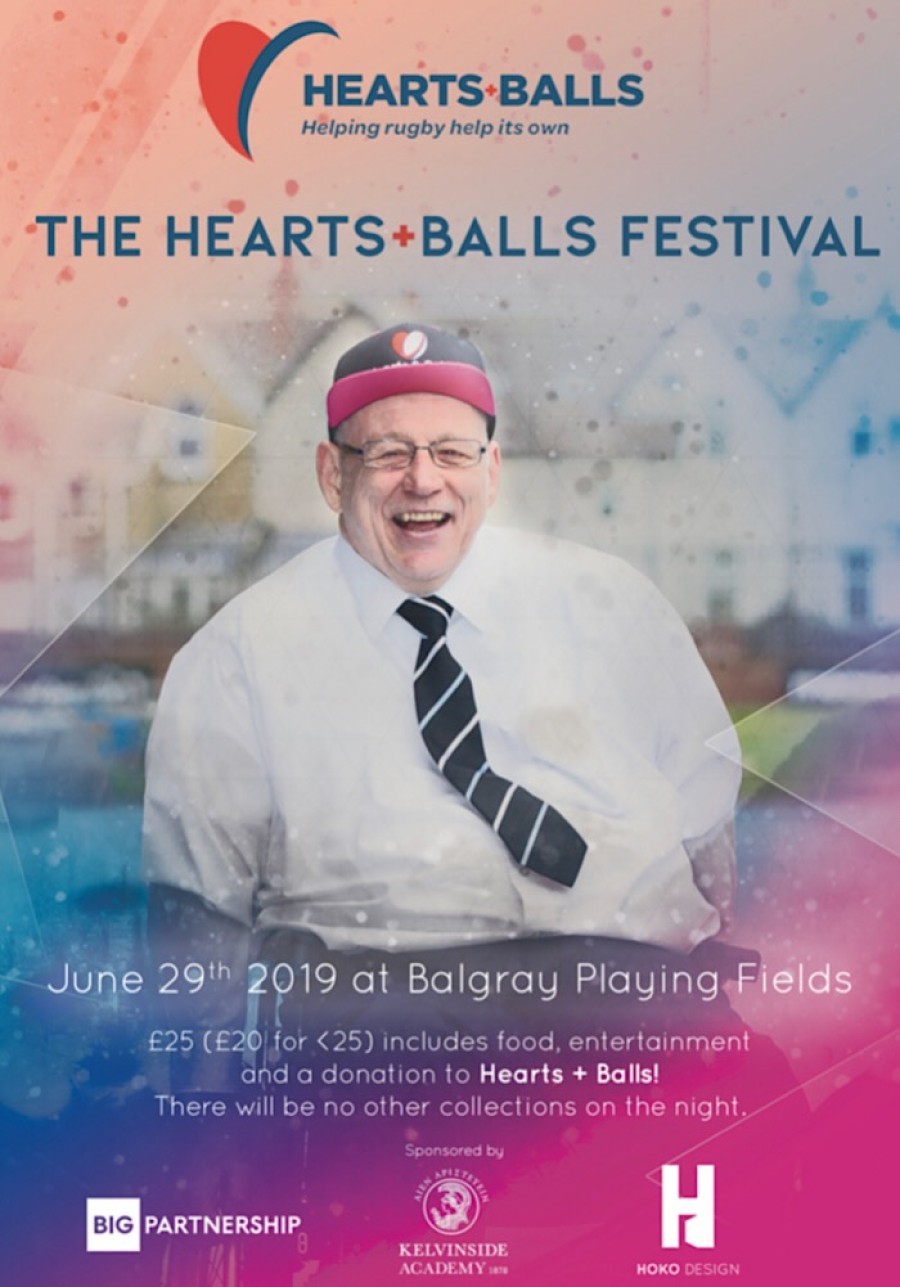 All the details of Saturday's fundraising night

But the charity refuses to rest on its laurels - and wants to double the amount by the end of the year.

Stuart Hogg kickstarted the campaign – literally – at the start of the year by gifting his time at his hometown club Hawick.

The Scotland full-back donated an afternoon of kicking lessons at his old stomping ground, which provided a once-in-a-lifetime opportunity for young rugby players to get pointers from one of the best in the business, in return for a donation.

Since in 1999, the charity has donated around £450,000 to injured rugby players and their families.

Former Scotland international and BBC broadcaster John Beattie, whose rugby career was cut short because of a knee injury, will provide the entertainment on Saturday night as he turns up with his band.

Hearts + Balls ambassador Jim Taylor, who was paralysed after he suffered a broken neck when a scrummage collapsed in a game in 1978 against Old Aloysians, said: “The support the charity gives to injured players is absolutely lifechanging, I can speak from experience.

"On behalf of the charity, I would like to say a huge thanks to every single person who has donated, rowed, ran or done anything whatsoever to support. 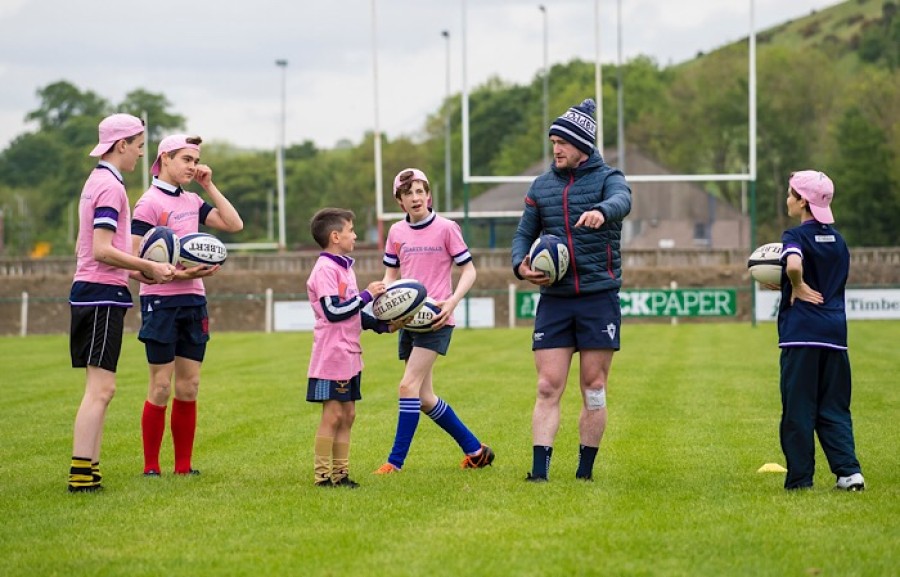 "Their efforts will inspire us to surpass six figures this year – knowing our supporters, I wouldn’t bet against us.

“Last year’s event, which marked 40 years since my injury, was a tremendous success and I can’t wait to catch-up with everyone as we welcome back supporters to Balgray for the second time.”

Some astonishing fundraising tales have emerged from the first half of the year.

Elsewhere, GHK rugby club, surpassed £20,000 of funds raised for the charity in recent years with a further £4,000 raised during its annual dinner, the Sportsman’s charity raised £13k from its dinner and a successful event at the Jam House in Edinburgh, hosted by former Scotland captain and current Hearts + Balls board member Al Kellock, raised nearly £5,000 for the charity.

“Last year’s event, which marked 40 years since my injury, was a tremendous success and I can’t wait to catch-up with everyone as we welcome back supporters to Balgray for the second time"

More donations came in from Helensburgh and Hyndland rugby club, while the business also contributed with Argyle Consulting donating £5,000.

Tickets for the Hearts+Balls festival at Kelvinside Academy’s Balgray Playing Fields are available through Eventbrite and are priced at £25 per head but are just £20 for the under-25s.

All tickets include food and entertainment with all profit going towards the initiative to support former players who suffer the debilitating ill-effects of lasting injury.

The Hungarian Cimbalom could be worth thousands of pounds