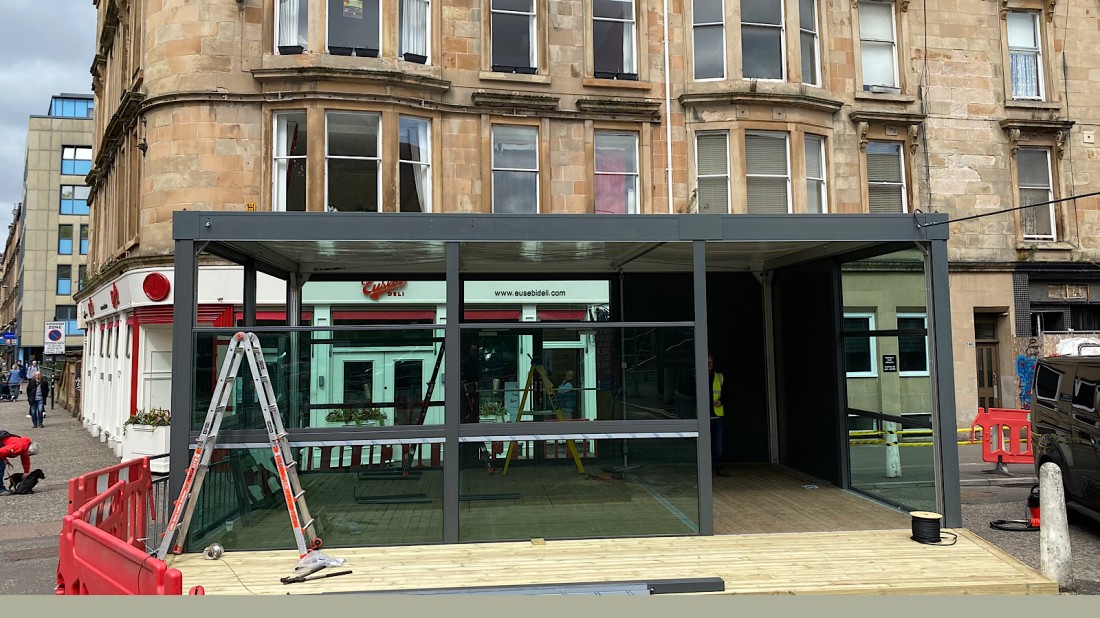 Eusebi's defends its outside 'dining boxes' amid objections

The West End restaurant says the £70,000 structures are vital to its business.

A West End restaurant could be forced to remove two covered outside dining enclosures.

Eusebi Deli says the £70,000 structures are vital to its business.

But its plans highlight conflicting pressures facing bars and restaurants and the local communities on their doorstep.

People living directly next to Eusebi's are unhappy at the size and scale of the units.

A specialist company based in York began erecting the metal and glass pods on Monday.

Objections were immediately raised with local councillors and officials have since raised concerns with Eusebi’s.

Residents say they were never made aware of the designs and were not properly consulted.

They also say parking bays are being lost to the structures.

John Craig, 52, a retail manager, has lived on Park Road for 30 years.

He is one of 26 people who objected to the council after they found out about an application last month.

The boxes are directly across the pavement from John’s ground floor flat.

He says he gets how the pandemic has hit businesses but he doesn’t think the views of residents have been taken into account.

“One hundred percent I have got sympathy for businesses like Eusebi’s,” John said.

“I spoke to the guys and said to them I understand totally that you have got a business to run.

“It’s been a horrific year for everyone and you do what you need to do.

“But what we don’t want is Eusebi now starting to alter how residents live.

“Our home life has been disrupted dramatically.” 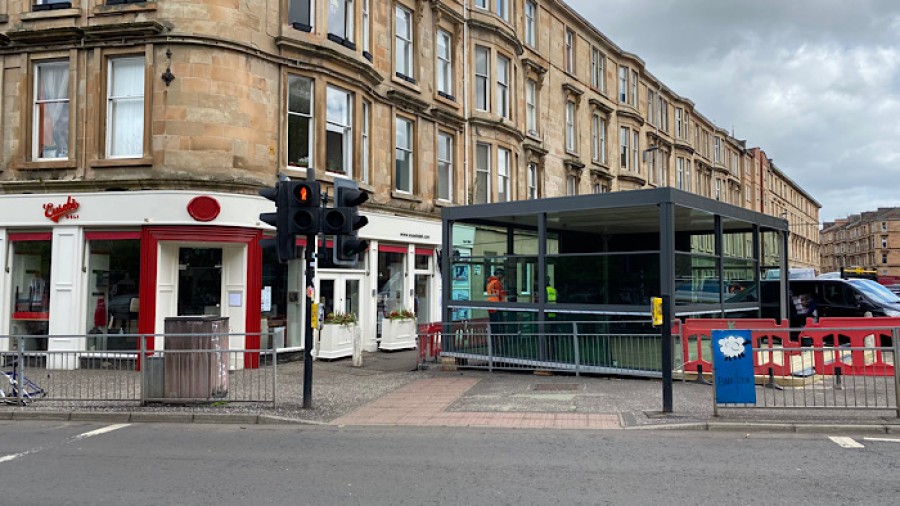 A company started erecting the units on Monday.

He said residents had had no information from the council despite repeated attempts.

Neighbours have tasked their local councillors with raising concerns.

John said: “We have had all the issues with everything going on in Kelvingrove Park, which has been highlighted recently as well.

“The area itself is just becoming an absolute nightmare for people who live here.

“I understand that businesses have got to thrive and I totally get that.

“And people have got to make a living, I get that.

“They are very pleasant people. They have got a big clientele. They get loads of plaudits.

I spoke to the guys and said to them I understand totally that you have got a business to run. It’s been a horrific year for everyone and you do want you need to do. But what we don’t want is Eusebi now starting to alter how the residents live

“It’s a busy, busy place - but there has got to be a bit of respect for the people who live here.”

Eddie Eusebi told Glasgow West End Today that the business was trying to do the right thing by its neighbours, staff and customers.

He said the outdoor units were necessary to keep the business going.

The restaurant’s two basement rooms have been closed for more than a year - and will remain closed under the current restrictions.

“We have 47 staff and only four have been furloughed since lockdown began last year.

“We have not claimed what other businesses have claimed - we have kept going.”

He said his sister and business owner Giovanna had been working 70 hours a week to make things work.

“We have lost 48 seats downstairs.

“The fact that we can’t open downstairs because of the current situation is one of the reasons why the government have allowed establishments to use outside space responsibly.

“We asked the council if we could do it - and the group within the council have approved it. And that was last year.”

Eddie said the nearest unit to John had been repositioned to ensure his privacy.

And he said the restaurant was taking into account the safety of pedestrians and cyclists.

The units are fully ventilated and comply with Covid regulations, he said. 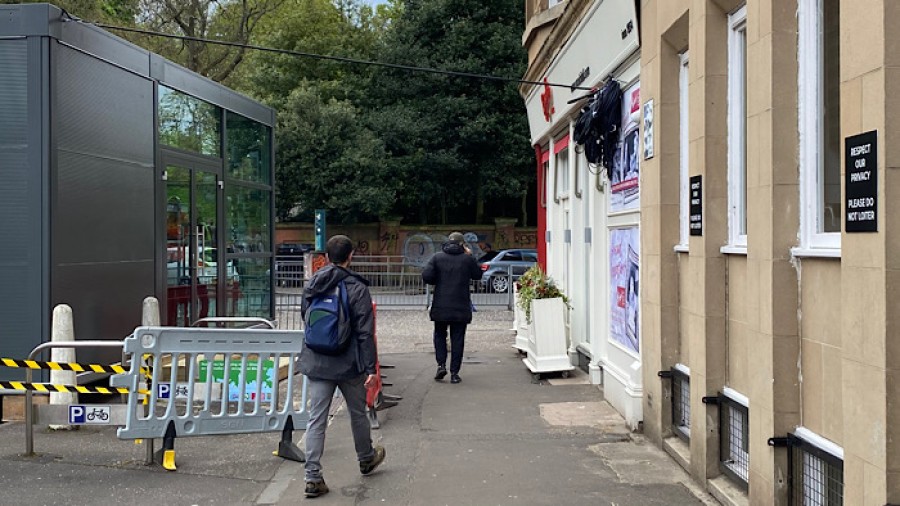 He said: “One of the stipulations to having that space is to operate it responsibly.

“And we feel that we have demonstrated that what we have put up is something quite unique, very responsible, and very tasteful for our customers and for people who live around us.

“How long we keep them (the units) there depends on the guidelines from the Scottish Government. Things could change.

“As soon as we are allowed to open downstairs, I would say we would not need as much space outside as we have got.

“Outside is not an extension of our current dining facilities.

“It is not our intention to use downstairs and outside - because as a business we would not be able to service that facility.”

He added: “We were hoping to have them up and running by the weekend - but because of the council’s recent objection that has changed.

“We will only open them when everyone is satisfied.

“We don’t want to fight anyone.

“If we have to take them down we will but we will have to replace them with open tables.

“We thought the enclosed units would be quieter for residents.”

Glasgow West End Today believes at least two of the areas’ councillors have made representations on behalf of residents.

Hillhead Cllr Martha Wardrop said she had been aware of a “traditional seating layout” but had not been aware of “larger structures being installed”.

Cllr Ken Andrew said he was concerned about the “size and scale” of the units and had raised the matter with council officers.

Glasgow city council has confirmed permission was granted to Eusebi’s to use the outside space last year.

However, it is understood that officers are now looking at whether the units that have appeared comply with guidelines.

We understand Eusebi’s and officials are discussing a number of “tension points”.

A spokesman said: "Permission for the premises to use these spaces for a temporary outdoor area was granted last year.

"Under the current, city-wide arrangements intended to provide as much support as possible for business during the recovery from the covid pandemic, an automatic 1 year extension for temporary outdoor areas was granted in March this year.

"We are currently in discussion with the premises about the structure they hope to use on the temporary outdoor area they are permitted to use."

The Lansdowne reopens with new menu

The team also teases menu highlights ahead of first sitting