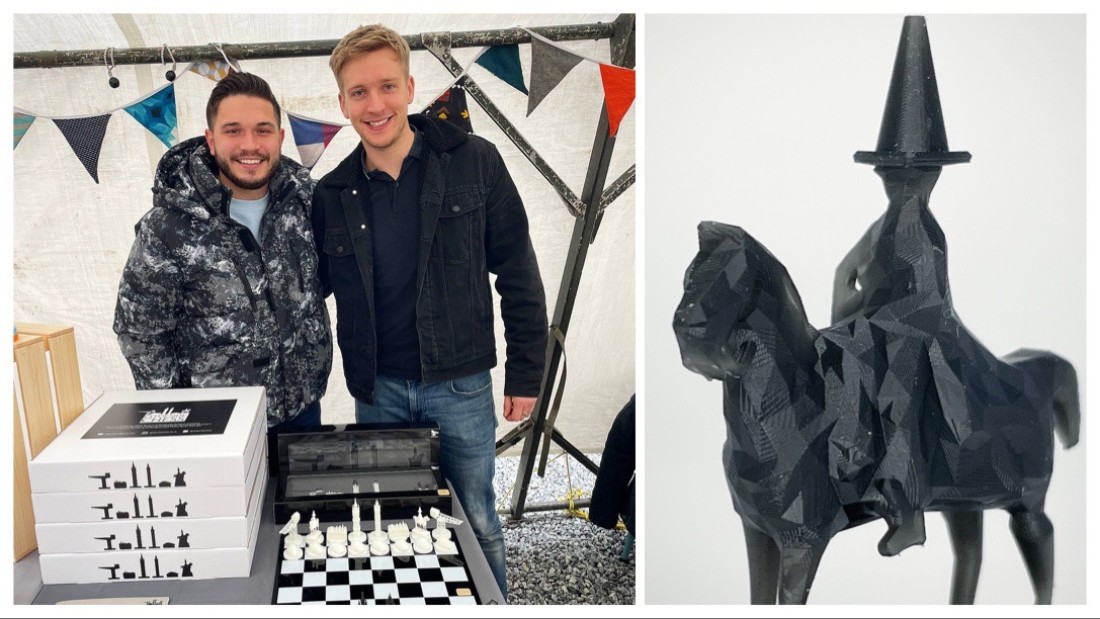 Alex Duff and Michael O’Donnell have launched a business that pays homage to the city.

The 3D chess pieces are inspired by landmarks such as the Duke of Wellington statue - complete with road-cone hat.

The Finnieston Crane is another iconic city structure that features as the rook.

Alex, 25, said: “We felt as if Glasgow was largely ignored on the art and design scene in favour of other cities like London or even Edinburgh, even though it has so much to offer.

“We are both from Glasgow and love it so much, so we wanted to pay homage to our hometown. It really is a labour of love.”

Michael, 24, said: “Each of the pieces has a story behind it on why it was selected.

“For example, we met at Glasgow University and have been inseparable since and for that reason it is the king.

“My great grandfather worked on the shipyards all those years ago and for that reason we picked the Finnieston crane as the rook, to acknowledge Glasgow shipbuilding history.”

The pair hope the chess piece designs will become famous like the well-known Monopoly pieces and spread the word about their home city. 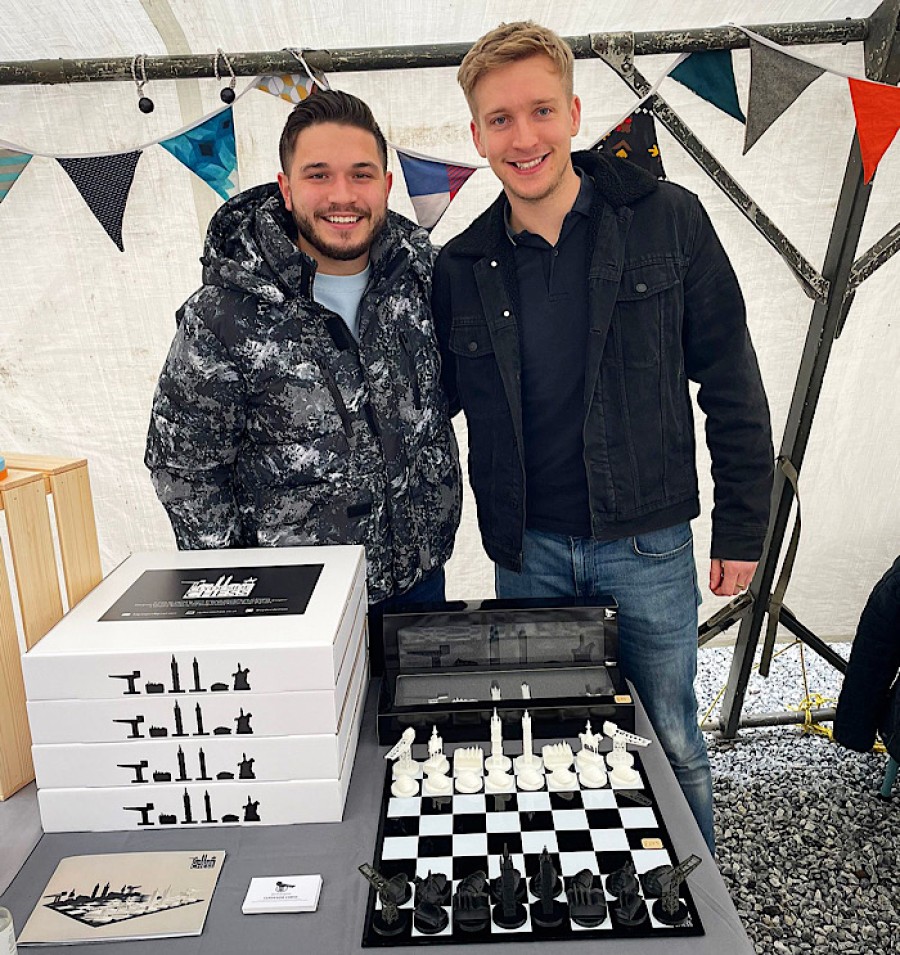 Alex and Michael studied at Glasgow University and Glasgow School of Art.

The King is based on the Glasgow University tower; the Queen on the Tolbooth steeple in Glasgow Merchant City; and the bishops on the Riverside Museum.

Both Alex and Michael studied product design engineering at the University of Glasgow and Glasgow School of Art.

“We spent about six months developing and designing the chess set from January to June and then in July we were ready to start selling.

“What makes this chess set special is the combination of history and new technology coming together to create a skyline of a wonderful city.

“My great grandfather worked on the shipyards all those years ago and for that reason we picked the Finnieston crane as the rook, to acknowledge Glasgow shipbuilding history”

“One of the pieces in the set is the Finnieston crane, which was used in the old shipyards for manufacturing.

“We are contrasting this old manufacturing method with new exciting 3d printing technology.

The pieces are printed using new MLSA printing technology, which uses a UV resin to create a 3D object.

The cost of the full chess set is £225, with the Clydeside Gift Box featuring a few pieces at £65 as well as individual pieces on sale. 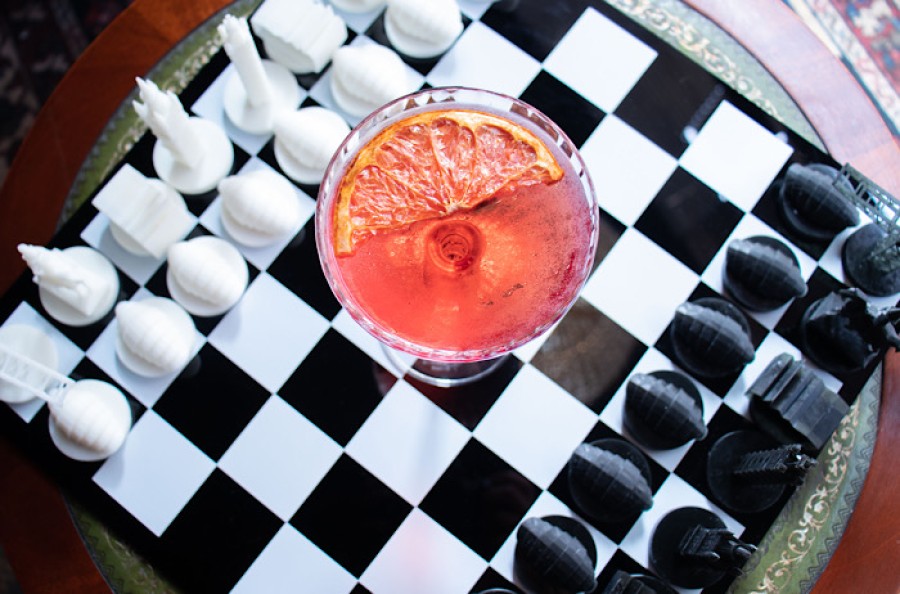 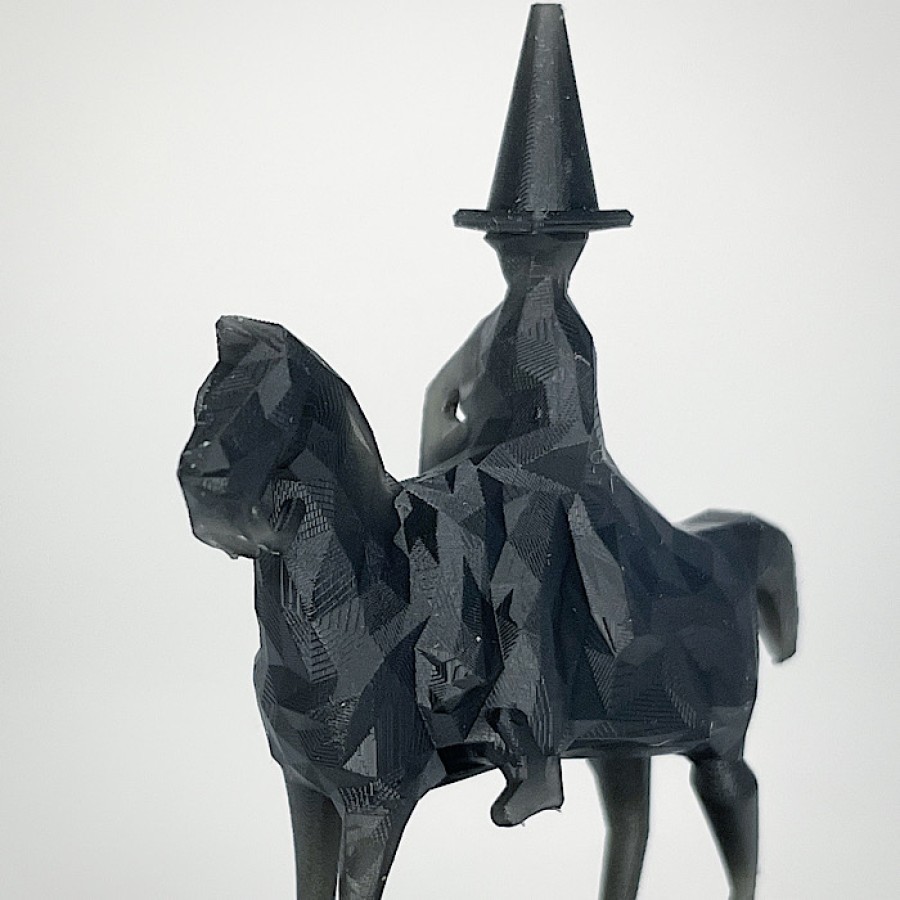 Each of the 32 pieces takes on average six hours to print, each piece is then washed, cured and hand finished.

The sets come with a custom 15-inch chess board as well as custom packaging and an information booklet.

Clydeside chess sets are on permanent display in the foyer of the Radisson Red Hotel in Finnieston and in The Duke’s Umbrella gastropub in Argyll Street.

The sets are on sale at www.clydesidechess.co.uk and through the Scottish Design Exchange in Buchannan Galleries.
Share this story

Drivers with a smile wanted for city tour bus

City Sightseeing Glasgow expects its busiest spring and summer since 2019